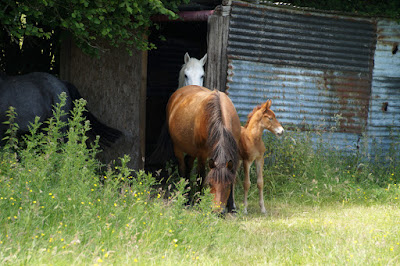 I thought Juma should take the top slot in all of his gloriousnessness. 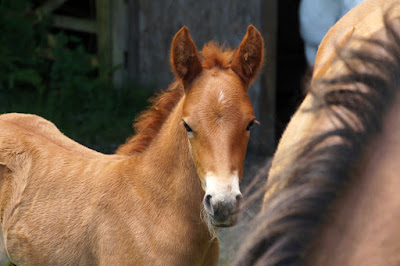 First horse of three yesterday was Jack. His owner has been practising her clickered halts over the last week and was able to show me just how well Jack has been doing. 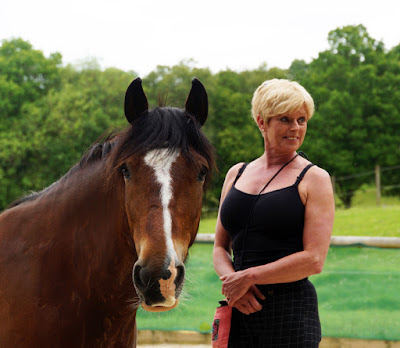 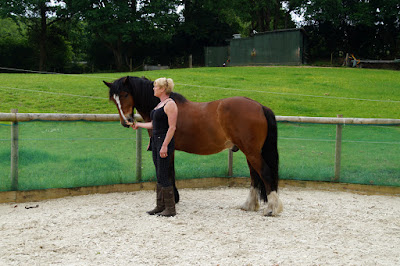 With all of that well established, it was time to see what would happen if she tried to mount him or even thought about it. All of his old patterns were just below the surface - backing up rapidly, turning side-ways, and pushing forwards. 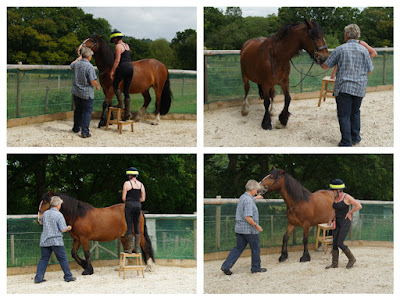 With a little more work, stage by stage, he began to relax and no longer saw every bit of preparation as a cue to begin one of his postponing strategies. Suzzanne is light and agile and is prepared to get on him bareback until his freshly reflocked saddle turns up next week. We asked him to stand with her standing on the top of the mounting block, when the reins were picked up, and when she lifted her leg up to go over his back. Suddenly he believed us that there wasn't going to be any trouble, and relaxed so that she could get on. From 35 minutes to mount to 35 seconds. That's better. 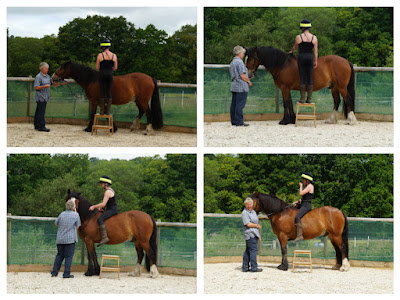 "Wow what a session it was fantastic thank you so much, I so enjoy it and feel I am learning and developing such a great relationship with Jack and in such a positive way." ST

Zoe and Zelda wore their bits for the first time and just carried them while we led them around the inclosure. They both have 4 1/2" Myler Low Port Comfort Snaffles and it was noticeable that after initially playing with them, they both relaxed and just held them. Our walk took us in opposite directions, crossing paths occasionally, and is a really good way of working on independence. 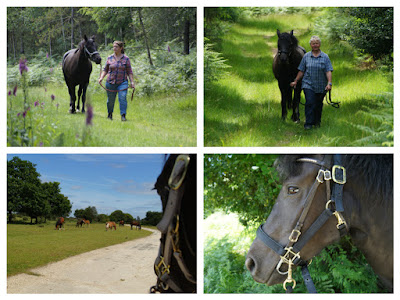 These lovely bucks are developing their new antlers ready for the rutting season. Doesn't seem five minutes since they were losing them. 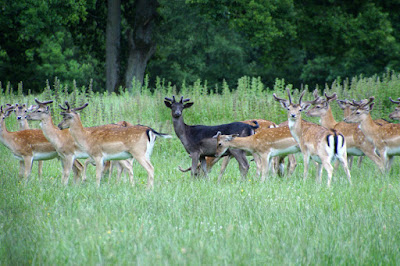 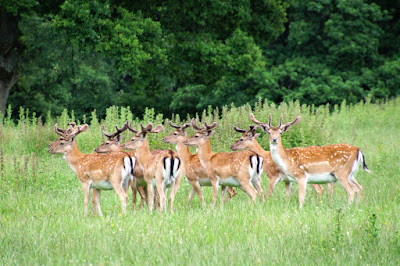 Posted by Loisaba Wildlife Conservancy at 6:27 AM