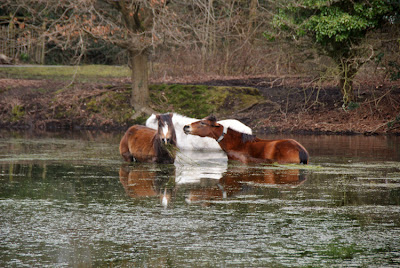 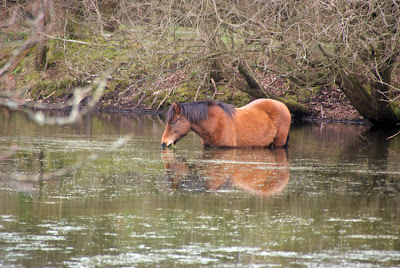 I just had to stop and take pictures of these wild New Forest ponies this morning. Apparently they do this even in mid-winter when the water is icy. 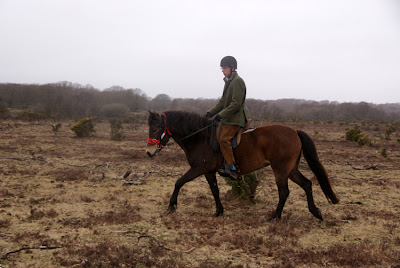 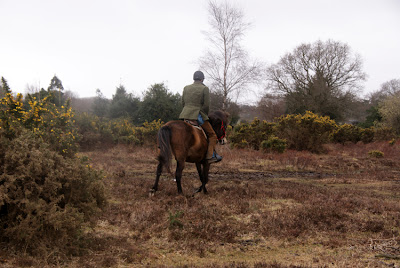 Bluebell is also in her element when we take her out riding on the local Forest - she knows this place like the back of her hoof having lived out here until she was almost two. She was very keen to take Charly exploring and he enjoyed his first trot off the lead rein. She's starting to feel more connected with her rider already. 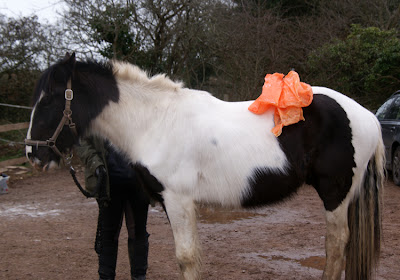 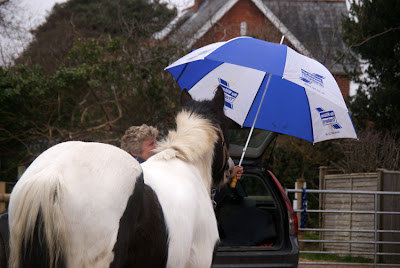 Billy is in his element in the world of humans and greets every new thing with curiosity rather than fear. Just two years old, he goes out on the lead rein with another horse and does a circuit around the roads and the beach - great for building a work ethic.  The problem with a young horse like this is slowing everything down so that he can just be a horse sometimes and resisting the temptation of getting on him too early. He may look big and strong but he has loads of growing still to do and his bones are no bigger and stronger than any other horses. A little work will build up his muscle and bone, too much work could stress his muscle and bone.
Posted by Loisaba Wildlife Conservancy at 9:16 PM