Bluebell got eleventy million out of ten for her second session today which included short reining, trotting in the paddock with Charly on board for just a few paces, and then going out and about on the Forest. 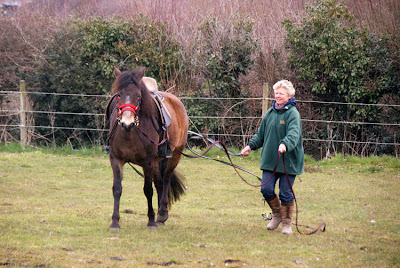 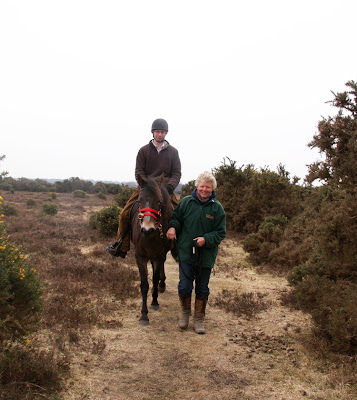 Later I did some work with Benji and his ears. Although he has had plaques in his ears, he does now allow Hilary to touch them and massage them but she has to dismantle the bridle to put it on his head. He becomes frantic if anyone tries to 'post' his ears between the browband and the crown piece. We don't know whether it will ever be possible to completely desensitise his ears the discomfort he feels (either mentally, physically or both) or whether this is absolutely wired into the mains. However, we thought we would try with the furry wand to see whether he could be persuaded to allow something foreign around his ear in exchange for a click and a treat so that in the future we might be able to put a furry noseband cover over the crown piece. He certainly improved during the session and towards the end it was possible to touch both of his ears at the same time with the wand and the hope is that eventually we'll be able to move his ears with it. Before I left I asked Benji to accept some Sudocrem on the outside of his ears in the hope that it would seep into them and soothe them if they are still sore. 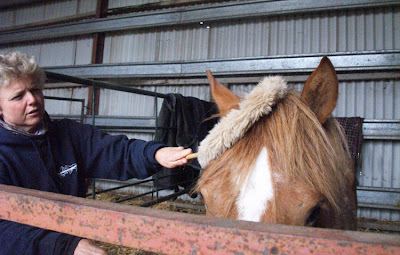 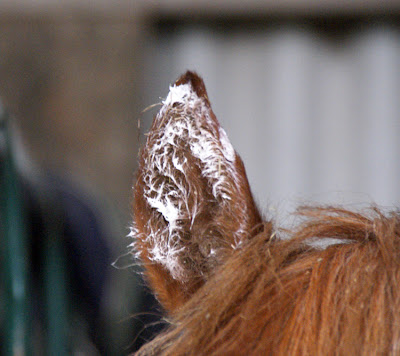