A nice queue of customers at this end of the week. The first of two visits to Bryn and more long reining. He's doing so well and today we were able to assess his response to people being at a height above him.

It was off to another appointment in the Forest afterwards to meet 'Devonian Cob' Clive. This interesting horse has had a variety of homes in the past including, I believe, a trekking centre. He was a bit inclined to invade space and was described as a tail scratch addict. I needed to show him that all he needed to do was to stand and look calm and beautiful and he would get all of the attention he wanted. No need to put any effort in! 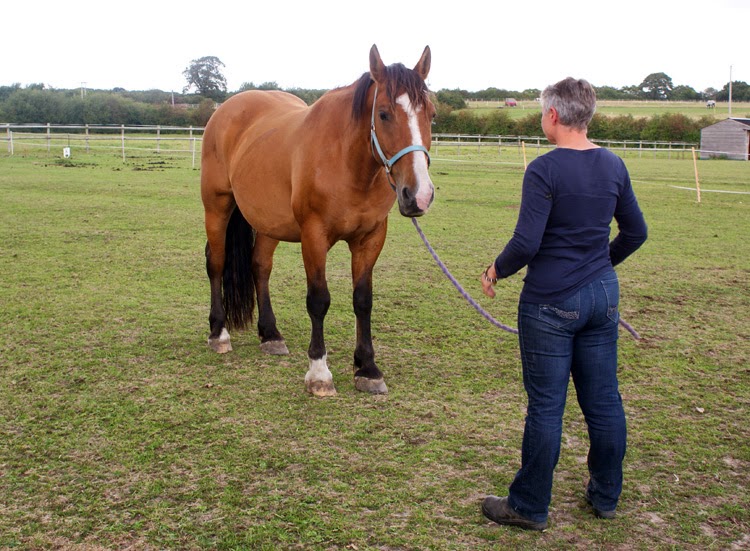 Super New Forest pony, River, has been sedated for clipping in the past. We've made a very early start on preparing him for the clippers by using the massager. 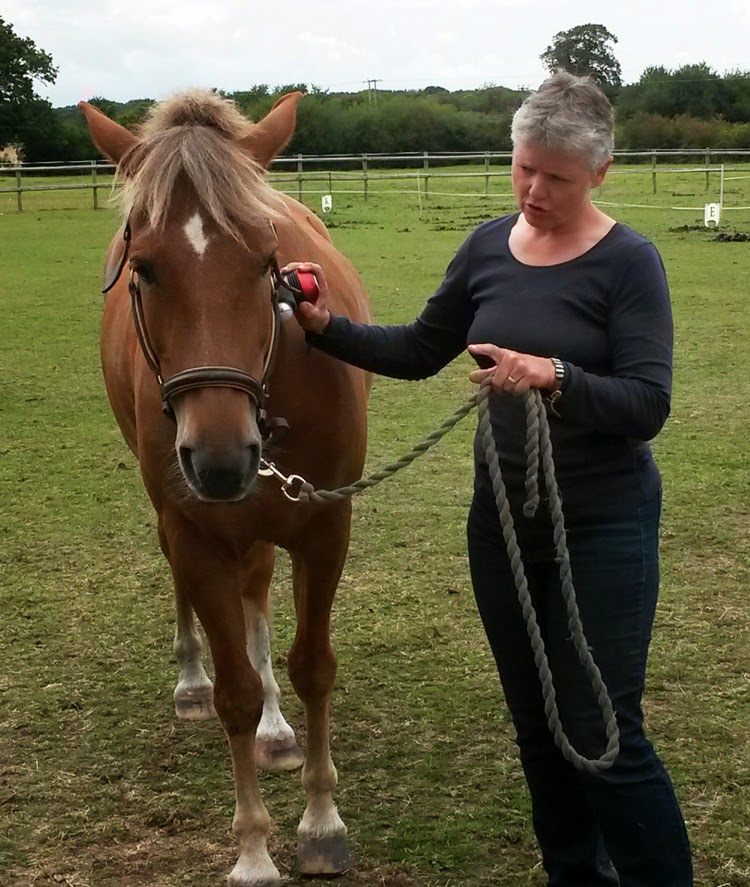 Just time to say hi to my lovely Welsh Mountain gelding Pie on the way home again. He's enjoying the summer with his 'wife' and her foal. 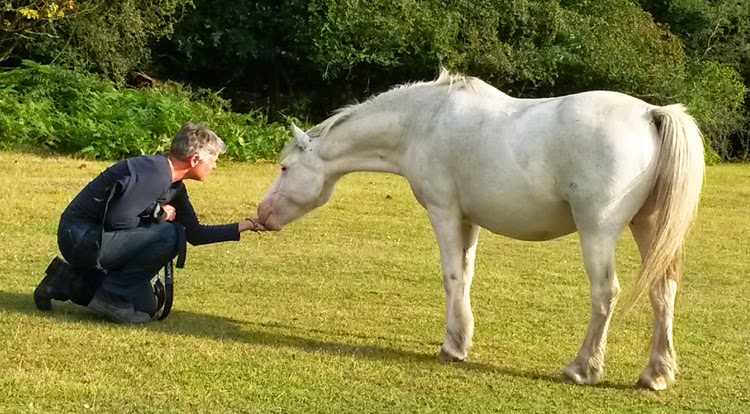 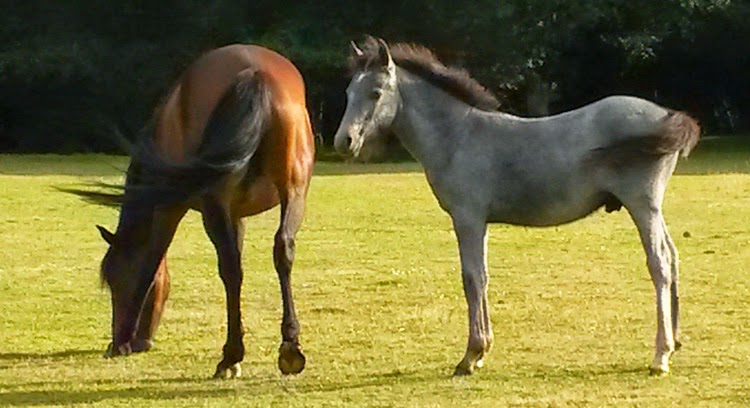