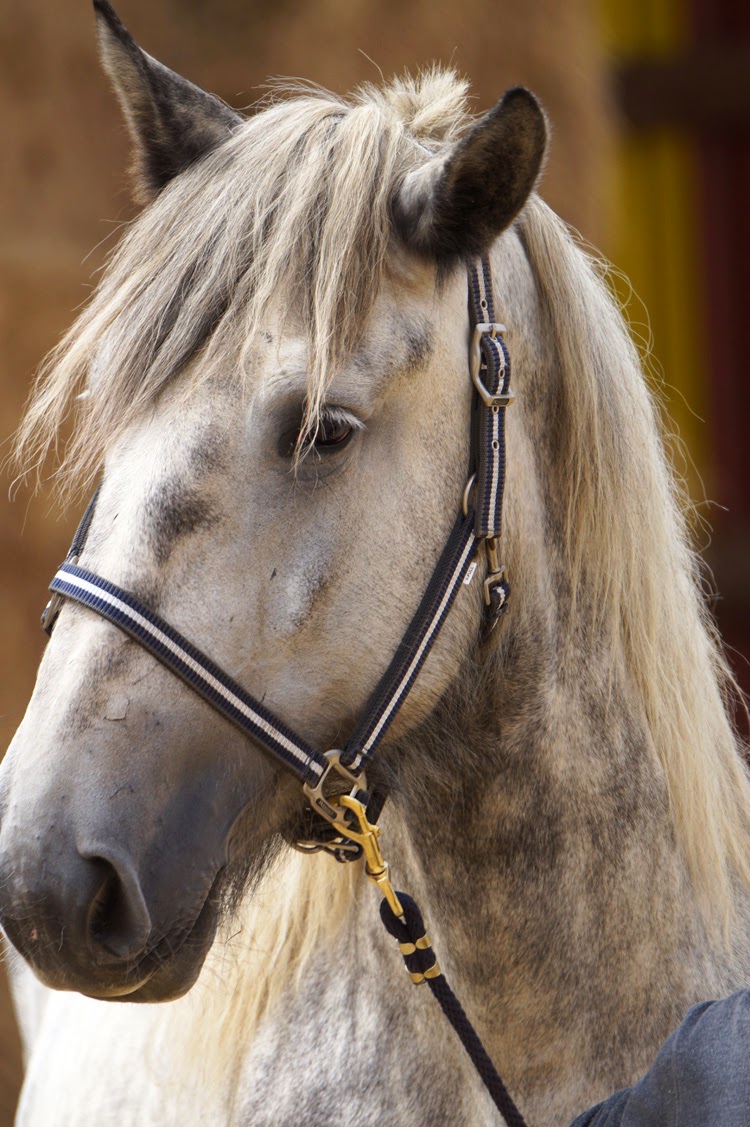 A fabulous finale to a very busy 7 day week during which I've worked with 24 horses. This morning it was off to Dorset to meet up with Michelle and Simon and their team of people and horses. I had some specific tasks to work on with each horse. Four of the five, the mares, were brought back from France where they faced a very uncertain future. Michelle and Simon already have a number of Percherons and take a very thoughtful and caring approach to their training. Margaret, the matriarch of the group, and Anais are already being driven.

Valou has been worried about the fly spray. The key to this is not to try tying up to do it. Train the task until it is accepted and then tie up to do it. The pressure in this situation is the feel, sound and smell of the spray. The release is to stop spraying as soon as she stands still and to rub the sensation away. As you can see, it worked very well.


Anais hasn't been loaded since she arrived from France and there was no knowing how it would go. At that time she was somewhat bundled on as she had not worn a halter at all. 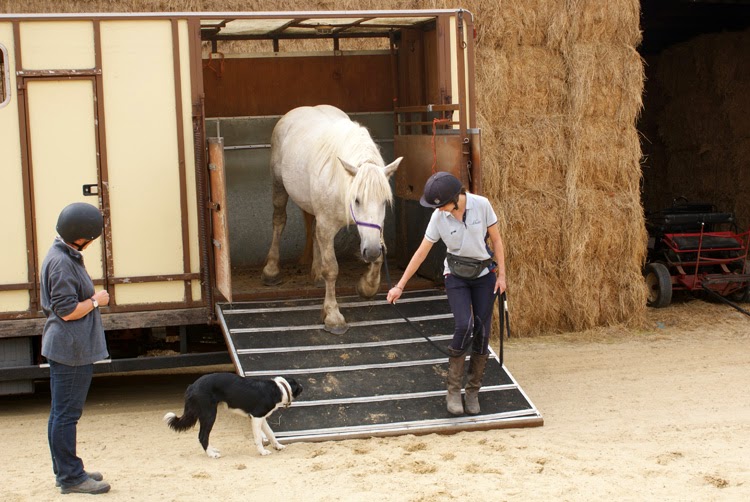 Margaret, the matriarch of the group, was herd leader in France and she seems to be stuck in first gear. Sometimes this is a conformational issue and sometimes an emotional one - if in doubt, go forwards. Of course this is a desireable thing in a driving horse but it would be nice to have halt available.

Magnificent gelding, Blue, worries about being asked to go backwards into the shafts even though he has been driven for a number of years. No-one knows whether he was involved in an incident or an accident before he arrived with Michelle and Simon. We try an experiment which went very well and it may be that he will settle after more practice and that his shafts might be covered in pipe lagging.

We finished with Amye, the youngest and most immature of the horses. She was in quite a state when she came over from France but, along with all of the other horses, she has put on weight and looks amazing now. She is the daughter of Margaret.


Photographs by David and Tracey