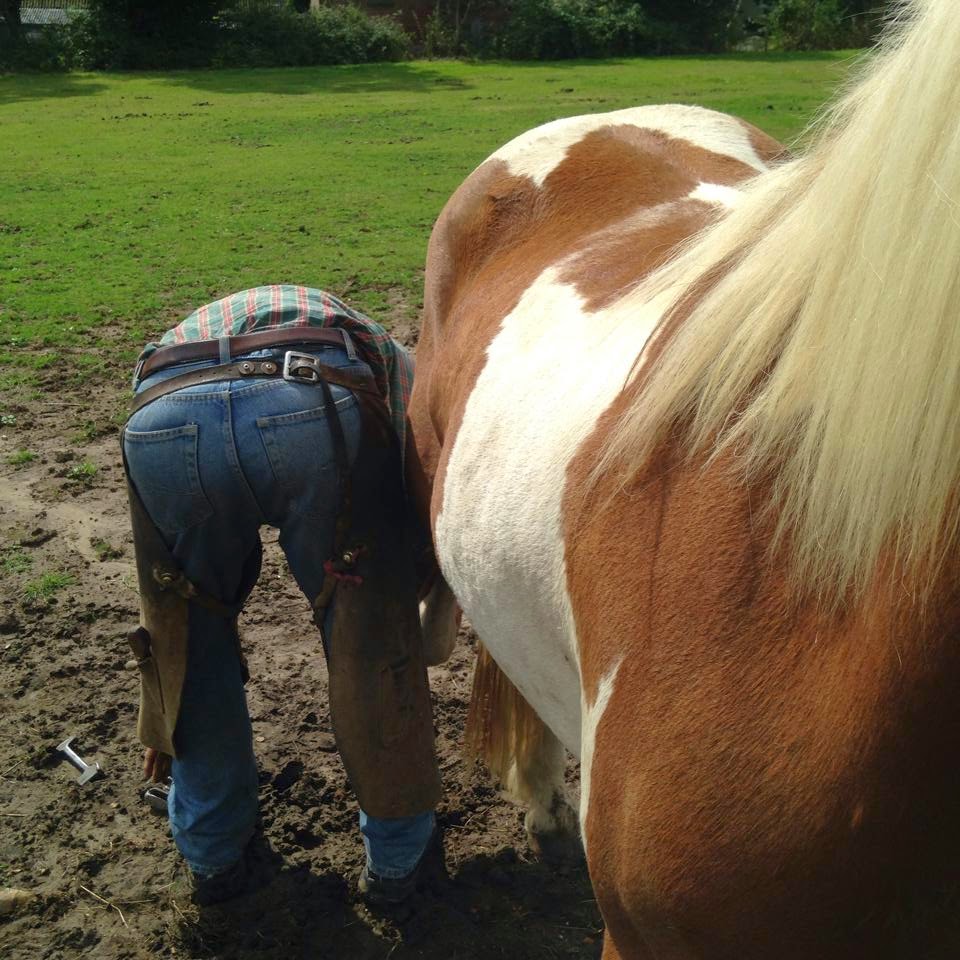 Chance the Bodmin Moor Pony had his feet trimmed for the first time by the farrier today. I had a lovely message from his owner Teresa: "Amazing boy all the preparation and time paid off and he was an angel so proud of him thank you Sarah."

I received the Commoners' Newsletter from the CDA (Commeners' Defence Association) last night and it reports the drawing up of a Code of Practice covering gathering, handling, restrain and hot branding of semi-feral ponies in areas such as Dartmoor, Exmoor and the New Forest. I have asked the Verderers to let me know where I can get a copy and will report back when I have got one.

I was amused to read in the same newsletter about 'Mischievous' donkeys. Next spring any mule foal sired on the Forest will be DNA tested and this will be matched with the jack donkey DNA samples (that have become compulosry ro any turned out) and the sire will be identified through the DNA-microchip details held by the Verderers. The offending jack will then be ordered off the Forest using the miscievous element of the byelways. One strike and they are out it says.

On a more sombre note it has taken me a while to come to terms with the fact that Lark, a semi-feral foal that I worked with for the Horse and Country TV programme has been put to sleep this summer following her failure to recover from a bout of strangles. There are some cases of strangles in the Southern part of the Forest and whilst most ponies recover, she clearly could not. One sales date and a drift have been cancelled in the relevant area but otherwise all of the other drifts are still taking place. As a precaution I have stopped allowing my own horses to drink from the communal water trough when they are out for a ride.