I have to admit it, I'm absolutely worn out so this could be a very short or very haphazard post! 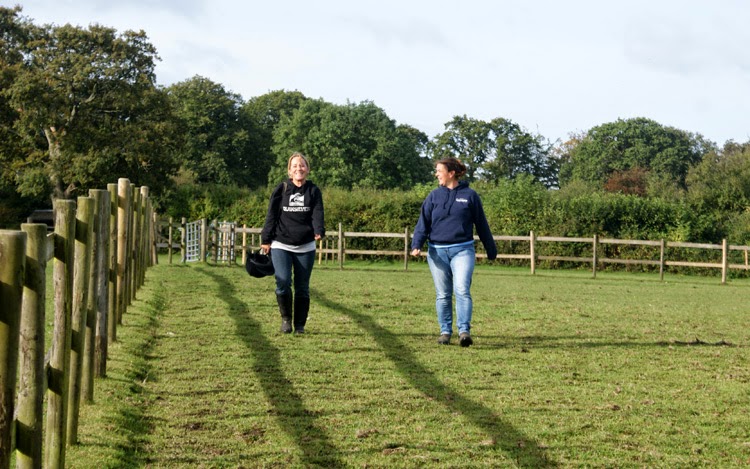 Tracey and Julie turned up bright and early and we did a little poo-picking before getting on the road. Where would I be without them? They help with the fields, navigate, fetch and carry stuff, take over second horses, take part in role play, answer the phone, find things in the car, reassure me, help to write up horse reports and take lots and lots of photos. We even cleaned all of the water troughs today. 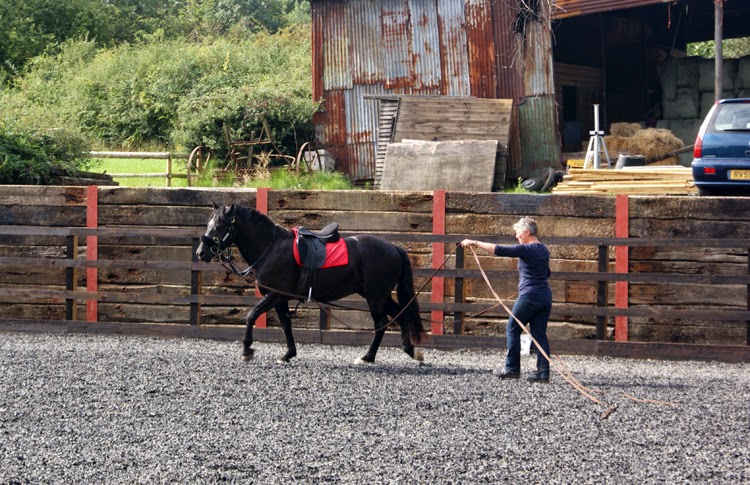 First stop, Bryn. He has had a week off so it was time to consolidate. He looked a little wary of someone mounting with a saddle on for the first time. The fit has been checked but he doesn't know that. 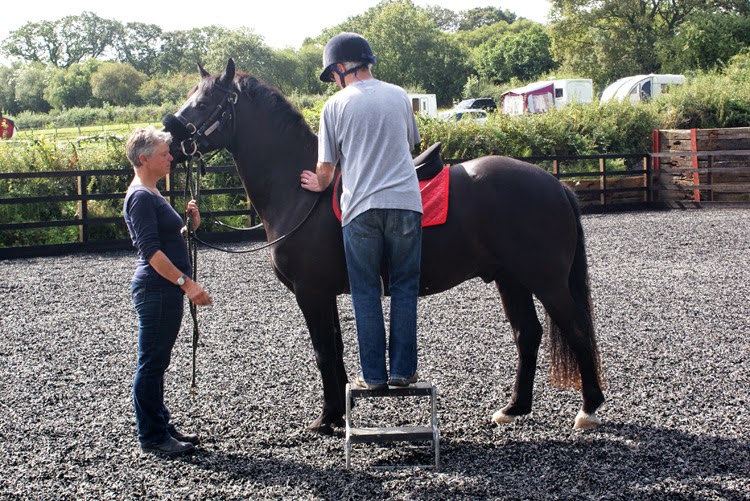 He calmed down really well when everyone started breathing and coped well with Alan leaning over him. 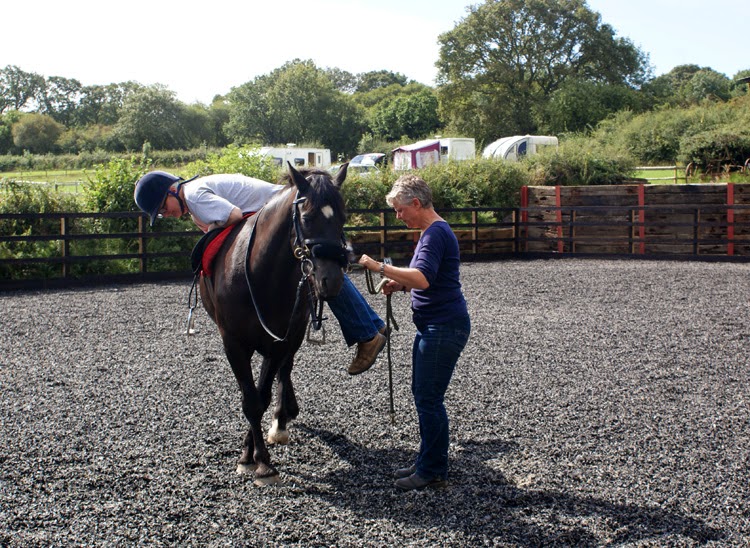 Second stop, Penn Common and the New Forest ponies, Copper and Kesali. Once again we took them out for a walk on the Forest stopping off at the water trough... 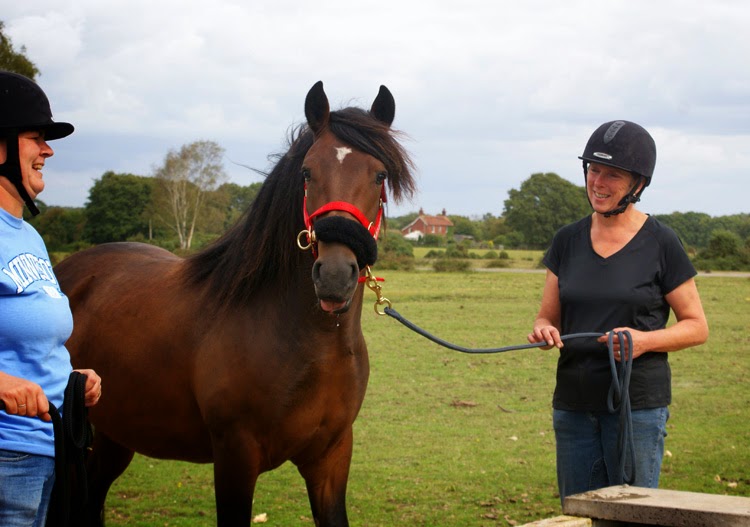 ...and the best coloured digger and dumper truck I have ever seen. 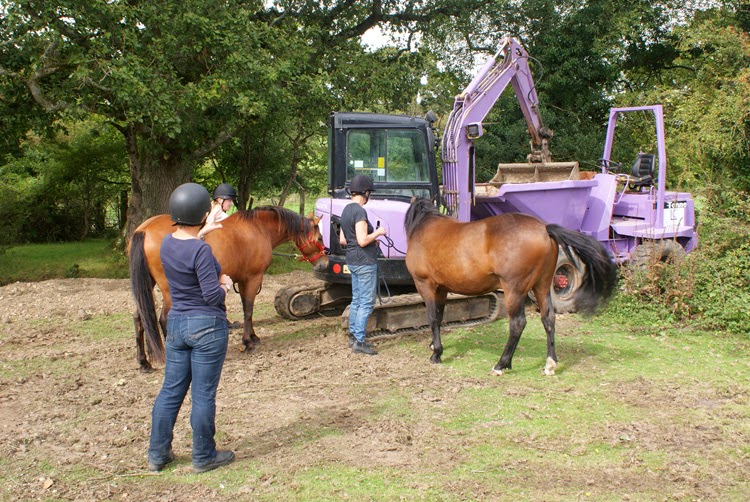 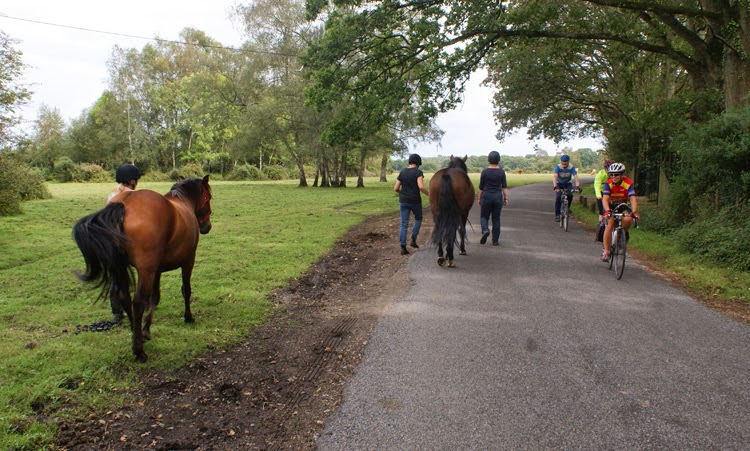 I do have to explain how we can't take them all home. 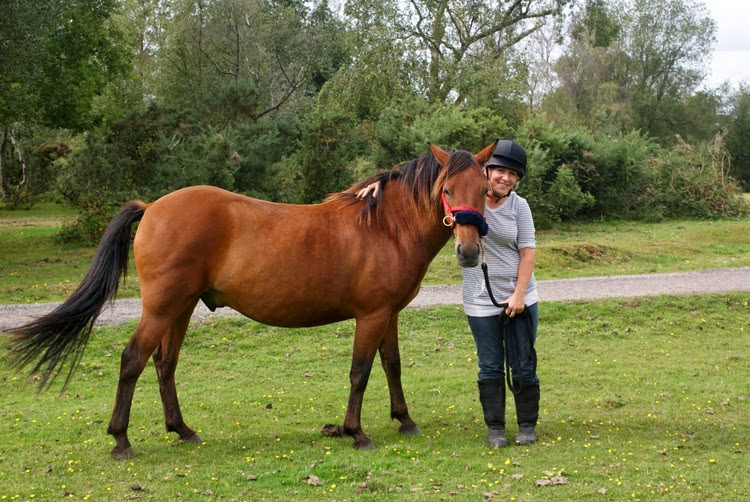 "Thanks so much again to Team Weston for helping to boost my confidence back up. My favourite moment was when I was getting stressed with the wild ponies and you said "look at what is on the end of the lead rope and concentrate on that. A wonderful pony!" Works for me Sarah!" JH

Having dropped Julie from our entourage, some lame excuse about her own horses to see to, we had to make do with a donkey to watch over proceedings. 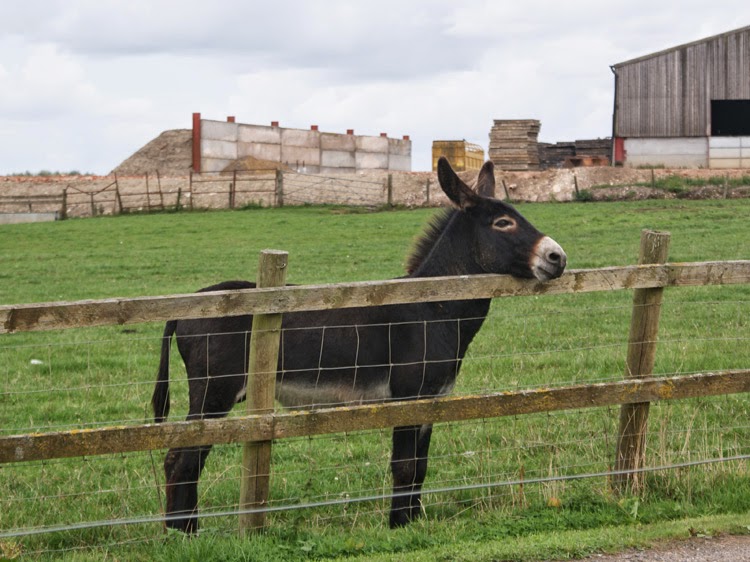 Flo had made a miraculous transformation since we saw her nine months ago. At that time she was frightened of everyone and everything. Today we started to look at the final steps towards restarting her. Her owner has been working with Straightness Training which is much talked about at the moment. 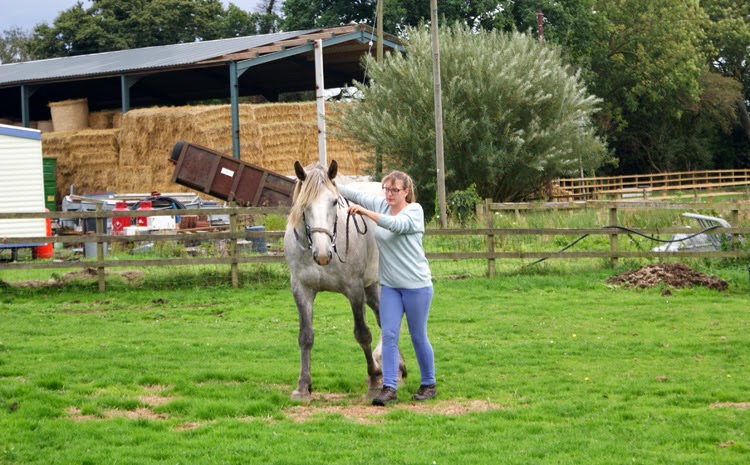 New horse Vesper is a five year old gyspy type cob. I don't think he has met much sense in the past. He was inclined to push into people's space but we soon had that sorted out and a useful discussion about clarity versus subtlety in training. 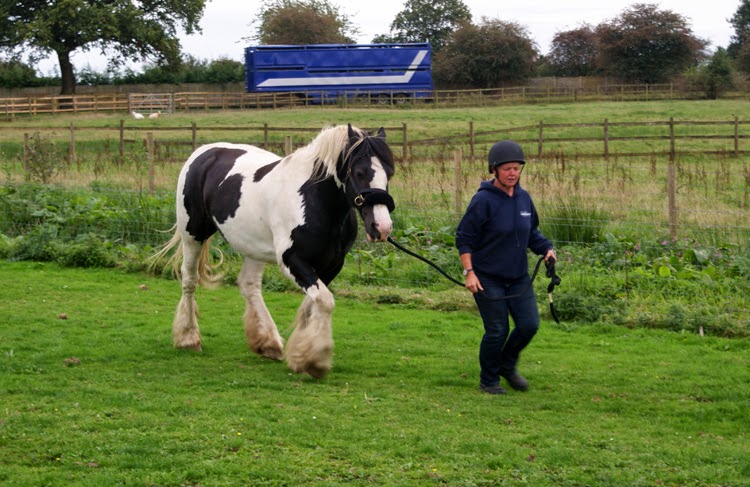 Positive reinforcement does not have to mean food. Vesper was extremely happy to have a lovely scratch around his fetlocks where he can't reach on his own. 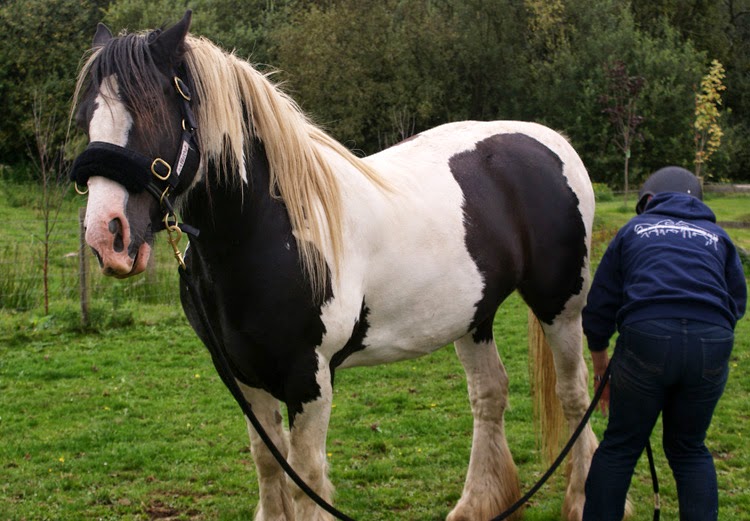