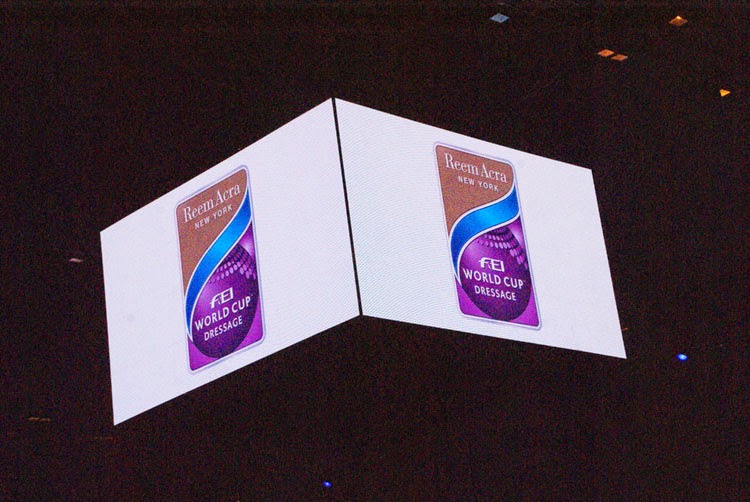 What a contrast between British Dressage rider, Charlotte Dujardin, and competitors from the rest of Europe. The real difference between ask and make. It was a joy to watch her test last night at Olympia and her celebrations when she not only won but broke the World Record. 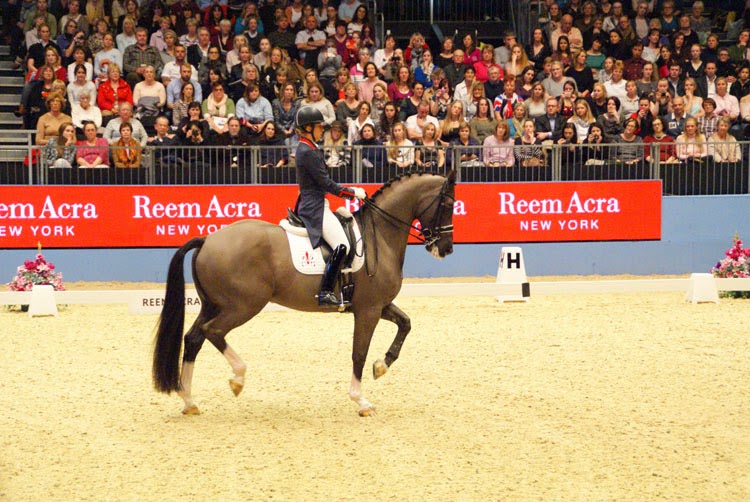 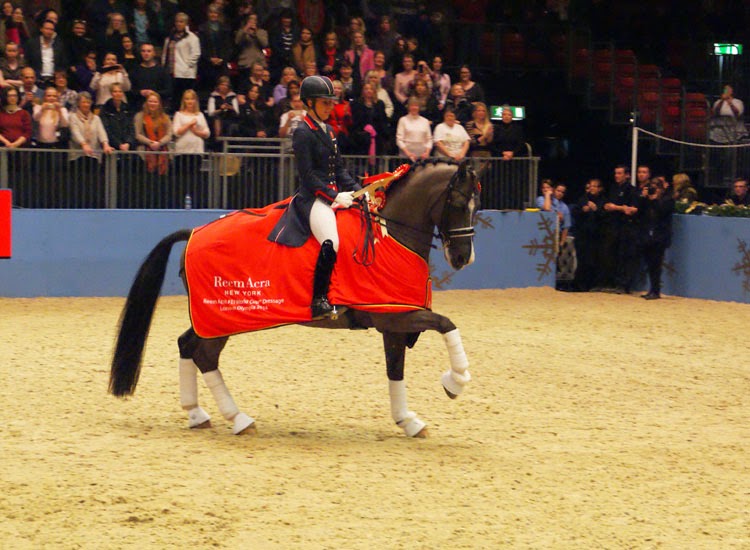 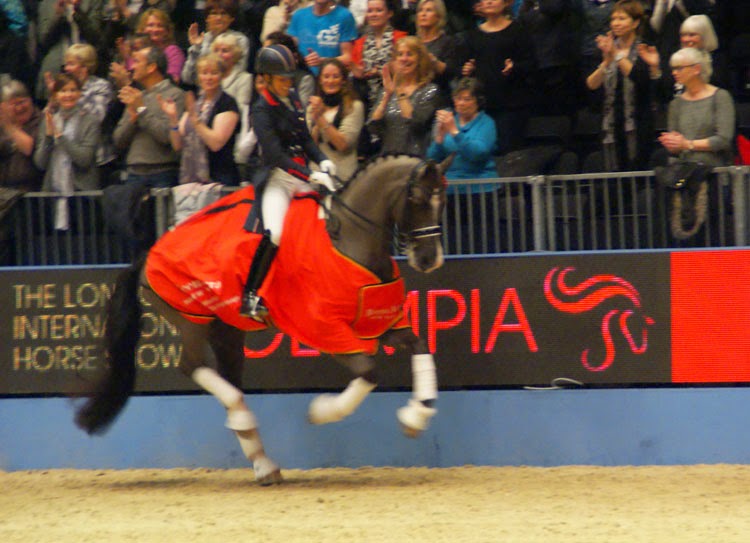 I felt uncomfortable watching riding like this but then what do I know? 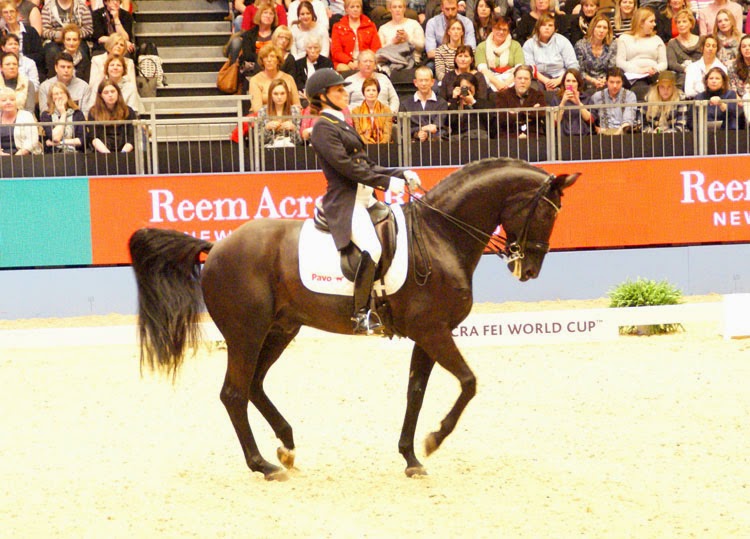 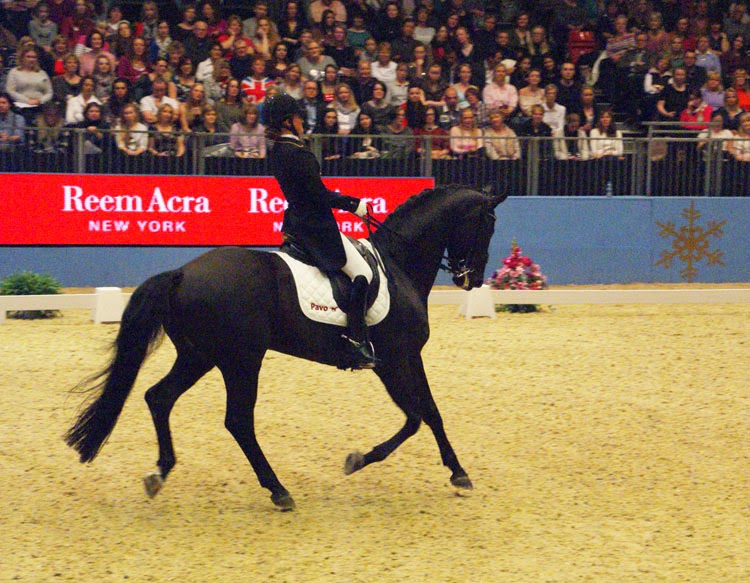 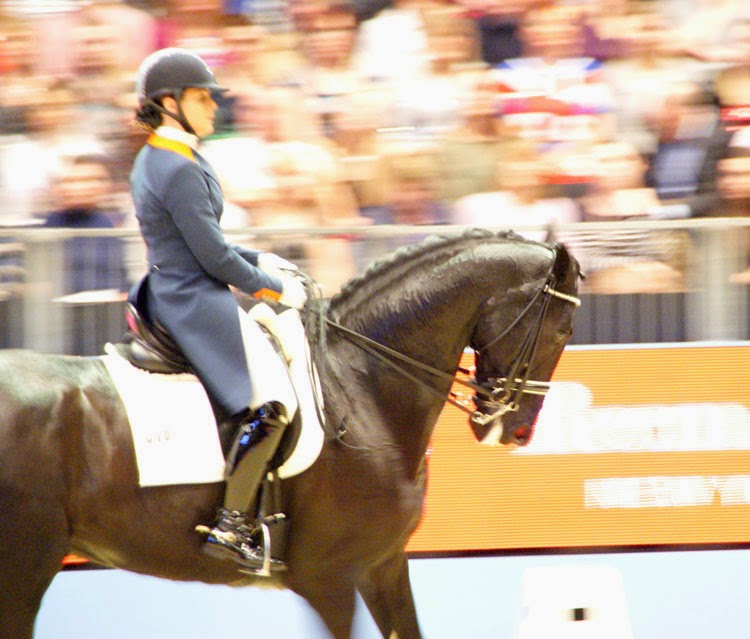 I am pleased that we have role models like Charlotte and Carl Hester in this country, who not only ride much more empathetically but give their horses turnout and hacking. I am thrilled to bits to have had my hands on Lusitano stallion Zimbral when he was a mere youth, helping with his groundwork. Now he and his owner Emma are being trained by Charlotte Dujardin.

Take a look at this video of him in action and drool....
Zimbral and Emma Brooks
Posted by Loisaba Wildlife Conservancy at 9:37 AM