A little setback with Lenki this morning when he found it very difficult to stand quietly in the horsebox. Concerned about the outer doors, which were 'shivering' in the wind, he expressed his own need to move by piaffing with his front feet. We waited until he was calm enough to stand still and then rewarded him with a clickered treat. The clickered treats could not override his fear since he was in automatic, instinctive mode but by just waiting patiently and not upping the pressure in any way he was able to calm himself down. Lenki always tries very hard to contain himself and would never deliberately hurt anyone. 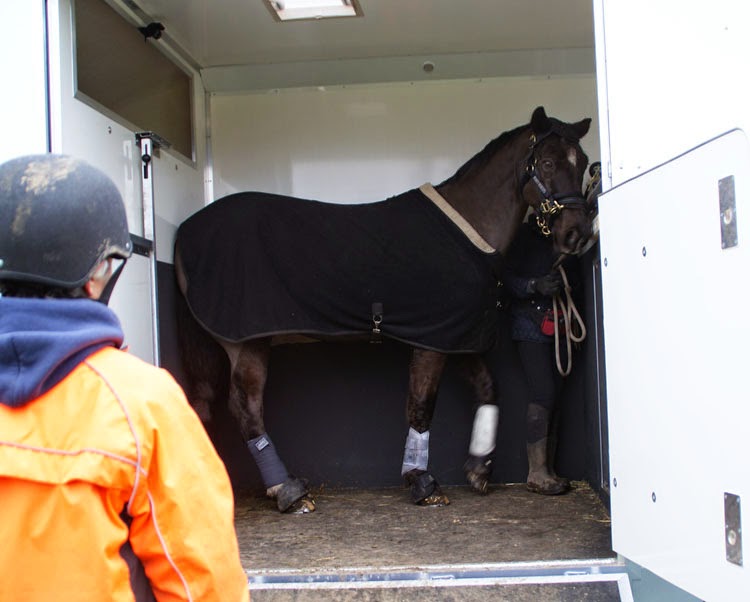 We made sure that we spent a lot of time at the top of the ramp with a loose line letting him  watch the movement of the doors. 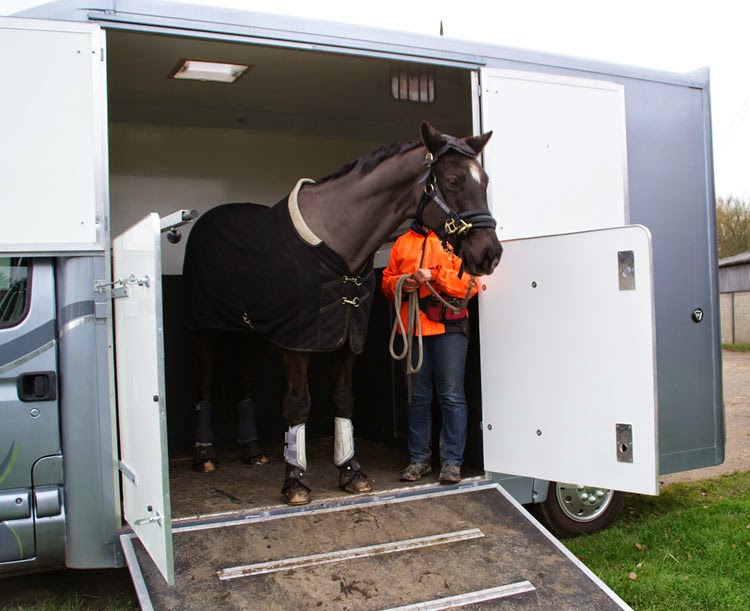 Once he was a lot calmer the incremental objective of today's session was for Rosy to be able to close the partition by herself. This isn't easy if you are right handed and holding the horse with your left hand. The key seems to be to shorten the rein to his head a little and ask him to back up whilst the partition is closing. Lenki willingly turns himself in the corner. Ideally we will have Rosy closer to his head next time we practice. 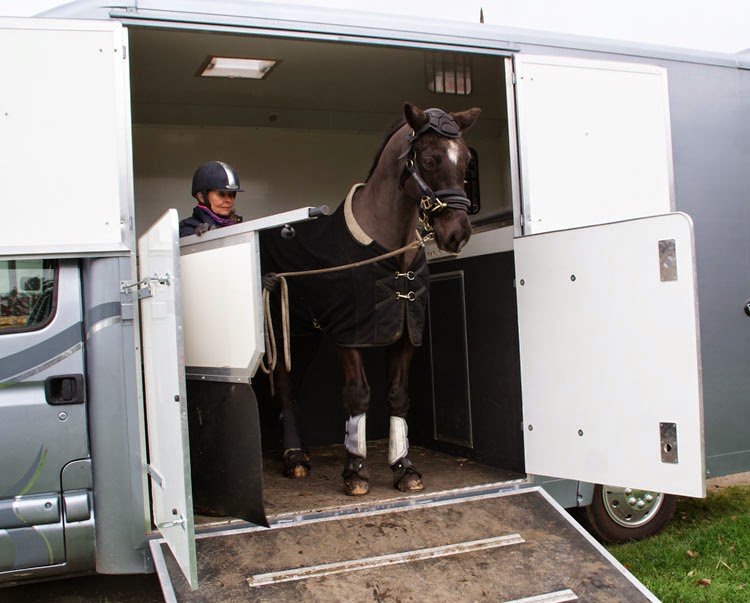 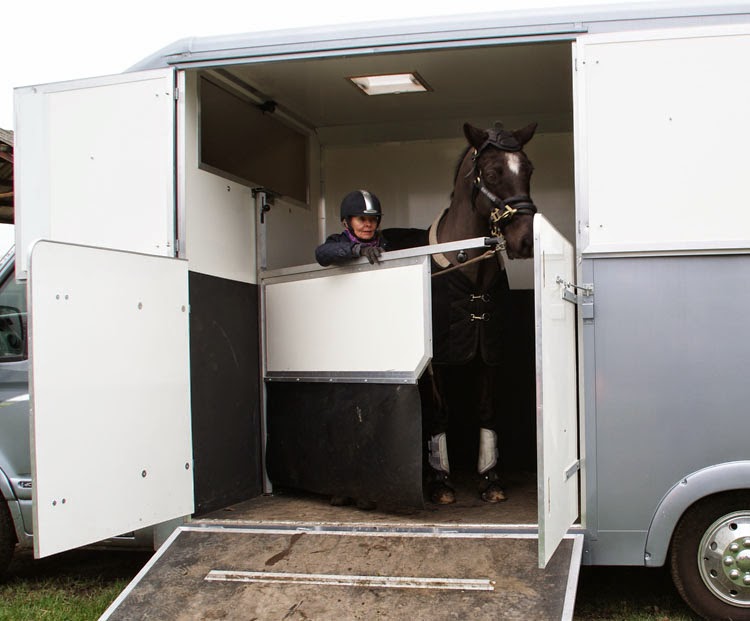 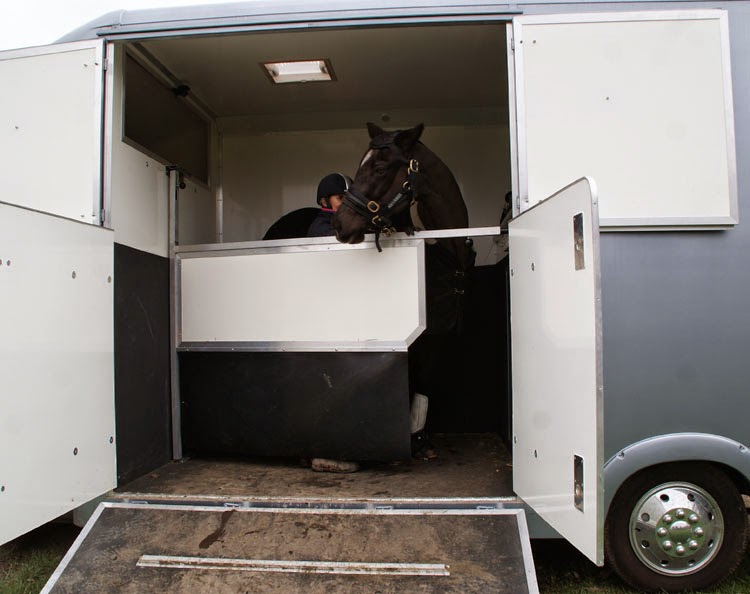 Throughout the whole session we had the undivided attention of Cluedo. Hopefully he has learned something too. 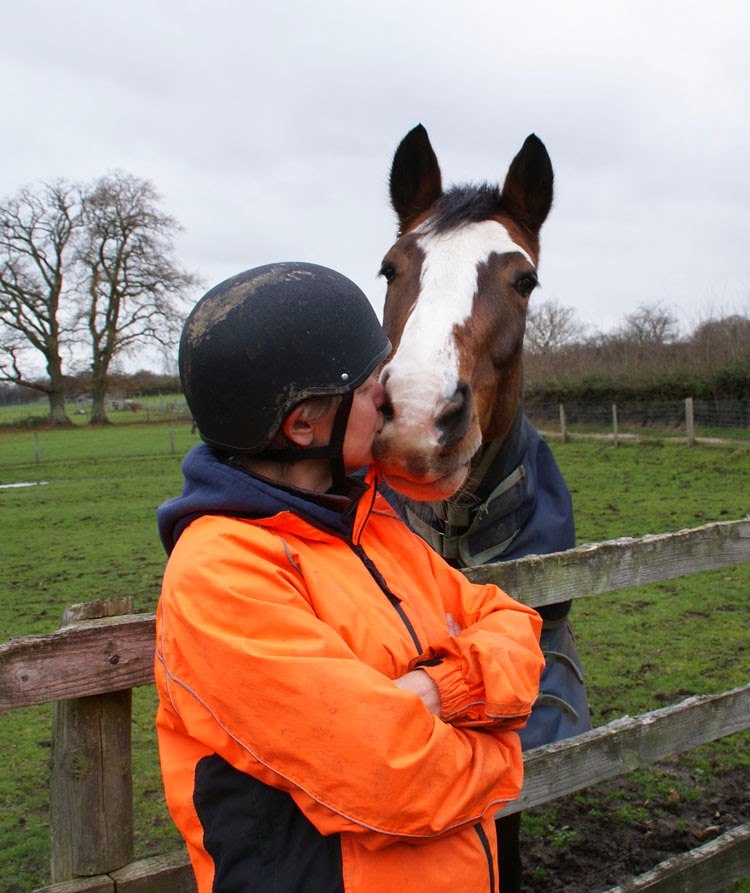 A short session at dusk today with Samson who was trying on a Western saddle ready for next year when he is started. In true Samson-like form, he wasn't at all worried about the new piece of kit although I did put a breast girth on him just in case he reacted. 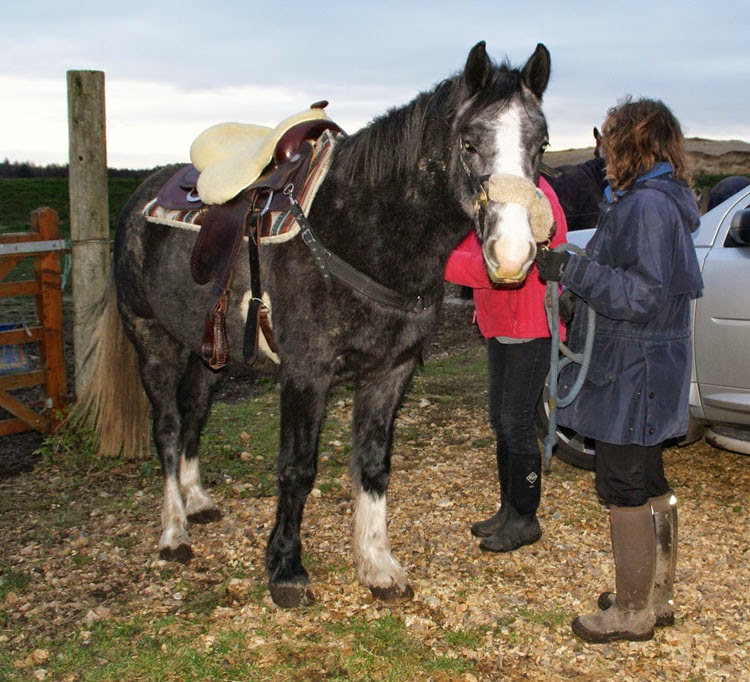 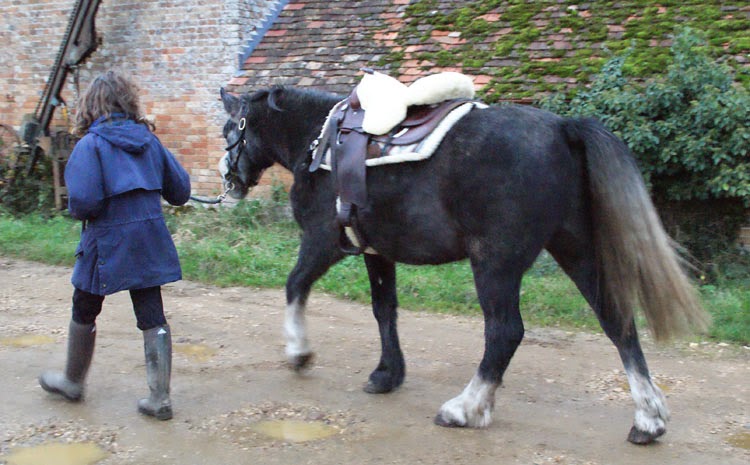 Samson is one where we've always had to be one step ahead because he likes to be entertained. Accordingly he will be started gently in his third year. His owner and rider is such a lightweight in the nicest sense of the word that it shouldn't be a worry and he is already fairly fit from being led from his friend Beau regularly. He's looking more cob than Arab at the moment so it's always a surprise when he sets his flag flying as soon as he goes into trot. 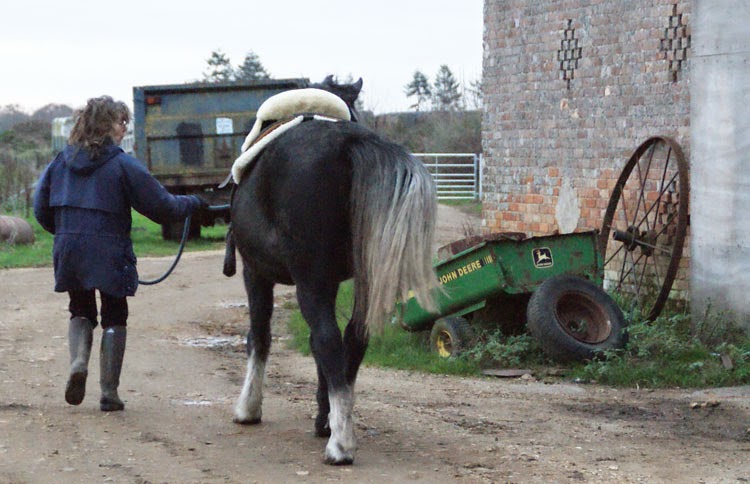