Time to take Roger Red and his owner out on the Forest this morning. He's another pony where we are dealing with napping issues when he is being ridden out on his own. We had done some work in the school before so that I could set S up with some useful techniques and could therefore be outside his zone of influence once we were out - otherwise we could think the problem was solved when in fact all he was doing was following me. These pictures were taken at quite a distance. 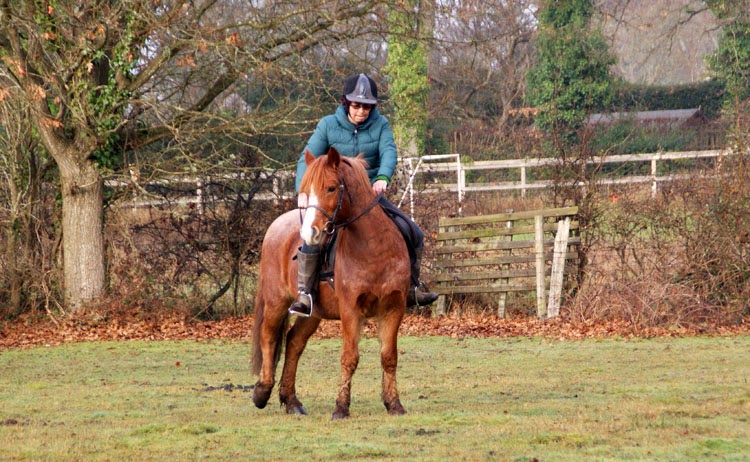 "Wow. Great breakthrough. No problem at mounting block, then on Forest where I got him to go where I wanted with initial twists and turns and nut clicks. Thanks a billion" SH 1.1.15

"Roger good riding again today. We rode up the road a bit and also at gorse bushes. And a dream to mount again." SH 2.1.15

The key with a pony that naps is not to try to force him forwards in a straight line - he is well practised at resisting that and will just stand still and take whatever pressure of leg is used. In his mind there is a brick wall in front of him and he cannot go forward. More gung-ho riders might try hitting him with a stick and although this can work, it's only any good if you can live with and ride through the consequences - a horse that might react not by going forward but by going up or bucking.

Instead S identified a target which she could aim at - a gorse bush, a tree or a telegraph pole not very far away - and worked on moving Roger's feet to the left and right by taking her rein to her thigh and holding it there until he moved. This freed up his front feet and started to get him on the move towards the chosen target. Once the target was reached he was rewarded with a clickered halt. 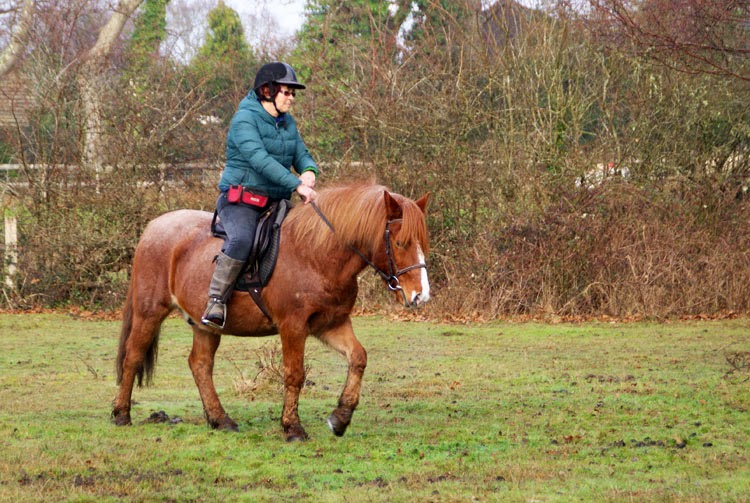 Dealing with napping behaviour can be hard work and emotional too. In general horses start to nap when they lose confidence, encounter pain or just don't want to go out on their own - and of couse it is completely instinctive for them to not want to go out alone. They start to develop strategies for avoiding going forwards and these can escalate the more they are pushed. Their reactions can then engender fear or irritation in the rider and those emotions, that change in energy, serves to reinforce everything the horse believes about going out alone. In a sense both the horse and the rider are then in complete agreement at least internally even if the rider still wants to go out and about. The horse's awkwardness starts to erode the rider's confidence and puts a psychological barrier in the way of going out for a ride. Often the rider will find reasons not to go (and I am not criticising them! You will know that I decided I was not going to have this debate with Theoden and settled for riding him with other horses).

When all of this is in place, and the horse has been practising and perfecting its strategies for sometime, both the rider and the horse become embroiled in the behaviour itself and the initial reasons for the horse not wanting to go out may have disappeared and been replaced by all of this stuff instead. Going riding just feels like a battle.

The only way for someone who is not gung-ho to work on this is to have fairly low expectations and to do everything incrementally, perhaps using the techniques I have described above. Short circular rides, leading on the way out if necessary and then riding home, can all help to begin with as can going out and about on the lead rein or long lines. Meanwhile going out riding with other horses can provide a respite. 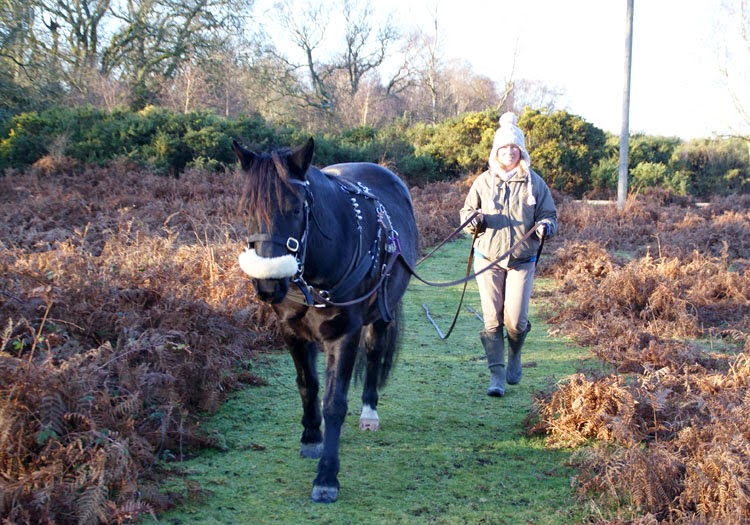 Part of Kestrel's early training has been to get him going out and about independently with people either at his head, at his side, or behind. Today we met up with his owner Yvonne and I was able to enjoy watching her work with him.
Posted by Loisaba Wildlife Conservancy at 6:16 PM