Bear is now tucked up in bed with a stack of hay and clean water and his head collar off. I am going to do a little work with him tomorrow before starting in earnest next week. Facilities were just going to get in the way (or rather not) in his current field with inadequate fencing to retain a pony intent on staying wild and leaving.

Although his owners have a round pen made out of Heras fencing previous training carried out by another trainer which had involved chasing him had let to him trying to climb the walls and to push his way out. Heras panels are too dangerous in this situation as not only are they inclined to fall over but if a pony puts his foot through them they can spring back into place and trap the leg causing injury.

The best thing to do seemed to be to bring him into me for training. Accordingly we went to load him, taking with us our round pen panels which could be used to make a smaller pen within the larger one. Bear was persuaded to follow a feed into the smaller pen area but there was no way that he would have followed it into the trailer, nor been safe to be with once inside. We could have taken the risk. We could have rushed him in by frightening him. But that's not the way I work. 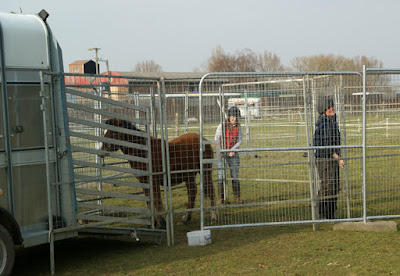 Instead we slowly closed down the area available to him at the back of the trailer, and I moved to the outside of the pen. 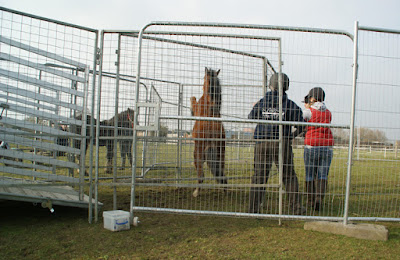 Here you can see him see whether there is an alternative way out even though we were working very quietly and incrementally. You don't see many pictures of horses rearing on my website or blogsite and that's the way I like to keep it. 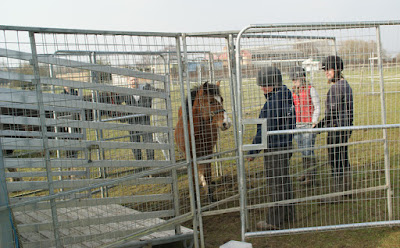 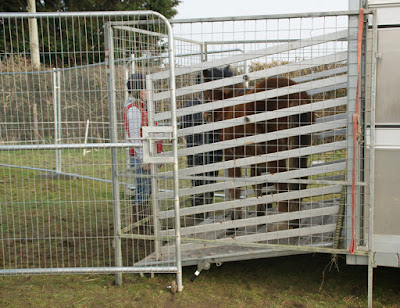 Eventually he moved onto the ramp, noisy but not slippery or steep, and we gave him the chance to settle there... 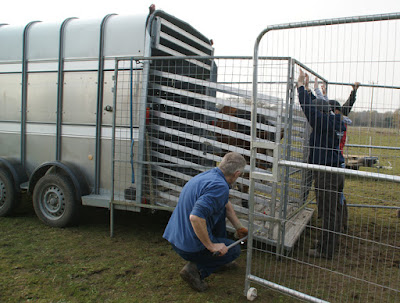 David gently closed the gates using a shepherd's crook. Normally we wouldn't have the gate in place at the top of the ramp but we were balancing the risk of him rearing as he went under it against the risk of him trying to leap back out again once loaded. 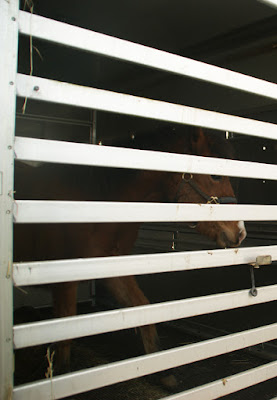 He doesn't look too impressed but he isn't trying to clamber out either. 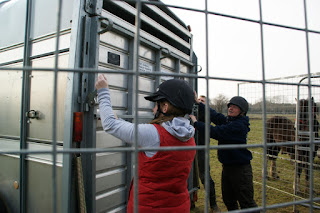 The ramp is put up gently and not slammed shut. 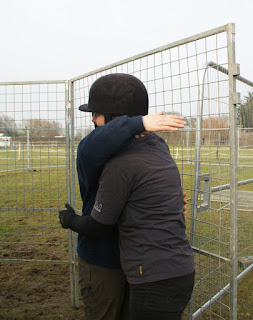 A bit of a relief for his owner. He travelled back to the fields very quietly, facing the back and slightly on the diagonal as horses always seem to if given the option.

This whole operation took about an hour and a quarter altogether, well worth the time and effort to get it done so quietly.
Posted by Loisaba Wildlife Conservancy at 9:51 PM