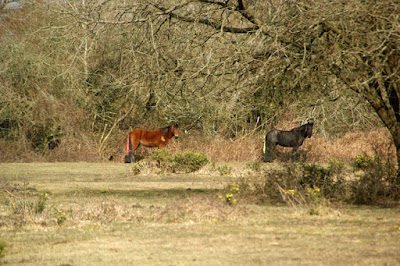 Nelly and Blue still visible in the far distance this morning. 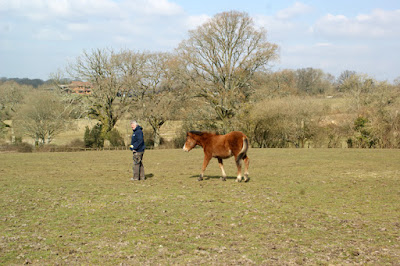 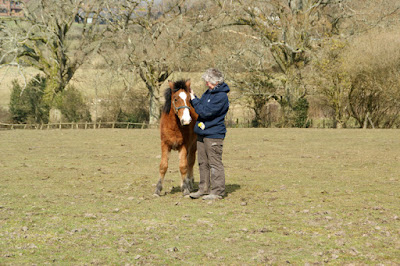 I had an inkling that Bear would let me catch him in the big field today and he did. He's an astonishing pony. It's rare for one to turn around this quickly when they have been so petrified in the past. I am so glad his owner, who is lovely, decided to give him another chance when she has almost given up. It has taken less than four hours to get to this stage with him. 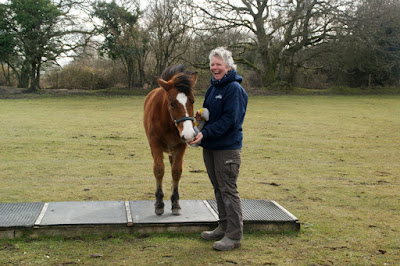 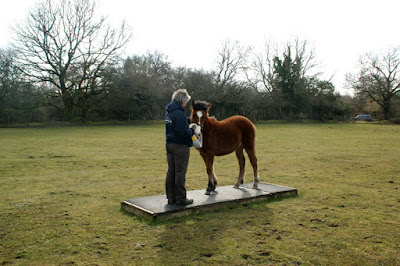 I thought I would see how brave he really is. He took seconds to offer to go on the bridge. 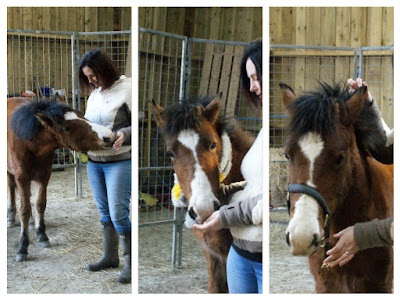 Owner, Lou, joined in today and we took turns in stealing him from each other. 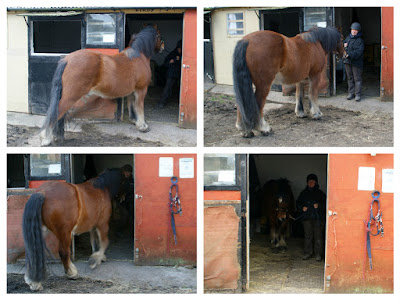 Back to see Firdy this afternoon. He is proving difficult to get into the stable and although pressure and release will work there is a point where he can plant without the handler being able to move him at an angle. I decided to see whether clicker training would loosen him up and persuade him to co-operate. He has his 17th birthday yesterday but is clearly not too old to learn something new.

The good news is that Sarah has been practising her spook busting obstacles since I last saw her and today's obstacles were really a non-event. 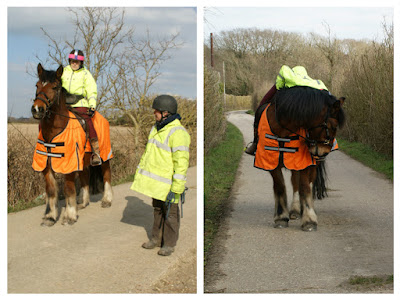 Instead we took him out for a ride and practised some techniques which should help if he becomes nervous while they are out. Here we are practising a clickered halt, really useful if you need to 'park' your horse in a gateway to allow something big to pass.


"Thank you so much for today, I love the sessions and really find even little things really work. Thank you for your patience with us. Setting little goals for the next few weeks." SS