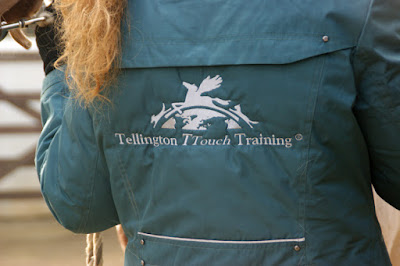 I attended a truly lovely training session with TTouch Trainer Tina Constance this morning which was run through the Wessex Classical Riding Group. 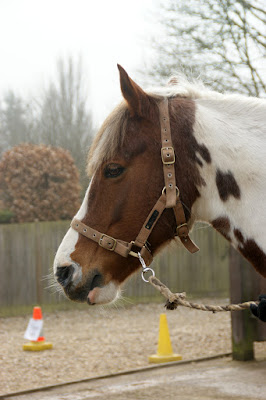 The subject of the training was a beautiful coloured cob called Rosie who not only accepted everything that was shown but really seemed to enjoy and benefit from it. Everything Tina said was music to my ears including her assertion that the lead rein is best positioned on the side that you are working rather than left under the chin where it causes the horse to raise it's head whenever it is led forward or feels any pressure on the poll. 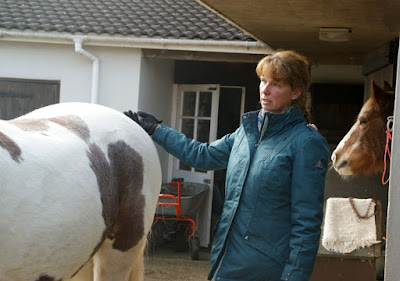 She always touches first with the back of the hand, sending the message to the horse that she is not going to grab. As well as working with the horse's tail to affect her whole body (you could see the chest muscles firing), she demonstrated a lot of work around the head. 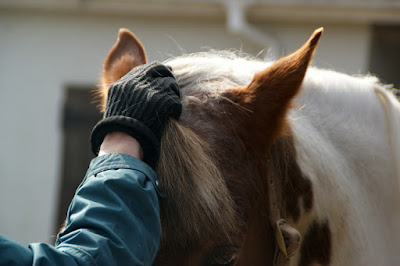 It sometimes makes me wonder whether I should have given the various touches that I use on a horse a name. In TTouch, for example, this one is known as The Glide and is something I have always done to sooth a troubled mind. Piper used to love it and it was the way to his heart. 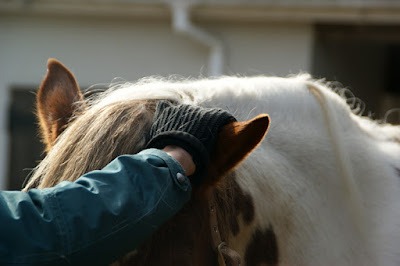 I often talk about 'unscrewing and screwing up' a horse's ears in order to release tension and undo the mental and physical pain associated with ear shyness. Tina ran her fingers along the whole ear and you can see that Rosie loves it. 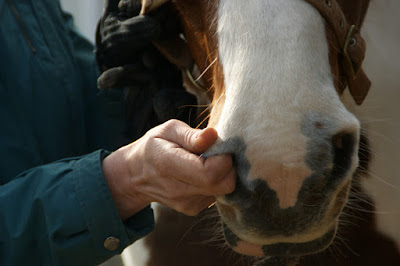 I've often found that a horse likes having it's nose picked - in reality gently massaged with fingers inserted quite some way up the nostril. Rosie though this was marvellous. 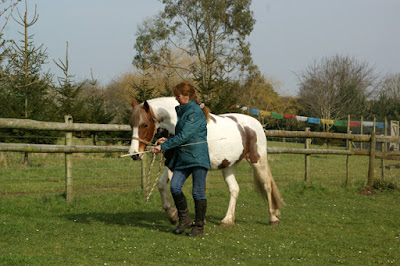 The work in motion concentrated on asking Rosie to extend her neck without going on to the forehand... 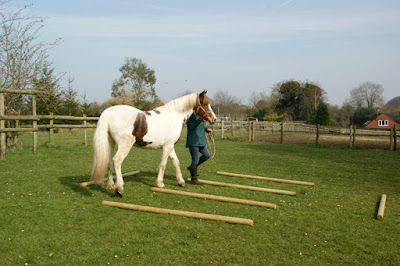 ...and helping her to achieve turns not by rushing but by slowly taking a turn through a labyrinth. 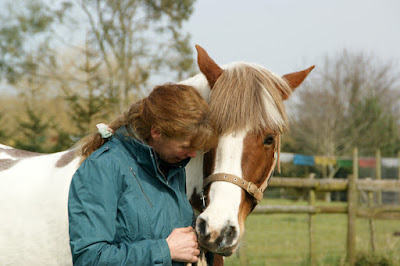 I think they were very fond of each other by the end.
Posted by Loisaba Wildlife Conservancy at 9:25 PM