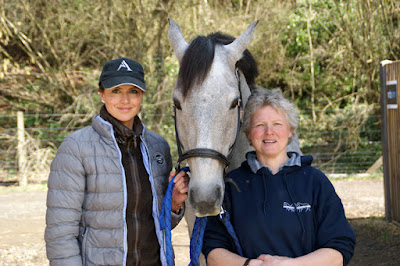 One of the unexpected joys of this morning was bumping into Zimbral and his owner, Emma, who are now based at the same yard that I went to for the loading horse. Zimbral and I go back a long way to when he first came over from Portugal. He and Emma are now training with Charlotte Dujardin but it is nice to take the credit for his ground manners. He has such a lovely temperament and I was pleased to hear that he goes out every day and lives next to a mare. I can't work out which of us has gone the greyer since I last saw him.

In a horse's life there are bound to be incidents and mistakes which take them by surprise and we can't shield them from everything. Today the wind took the edge of the tarpaulin as Bear went to go over it and he ran off with the lead rein (which has no clip on it). Instead of climbing the fences as he would have done a fortnight ago, he stopped pretty quickly, heard me clicking him, and came over with the rope in two, to be caught. All the work I have done on getting him used to ropes has paid off. 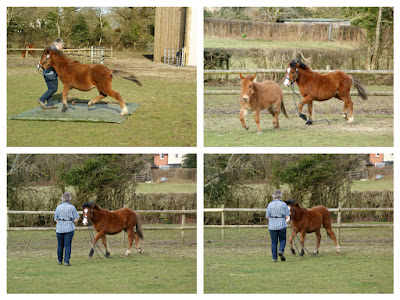 Henry joined in with everything today... 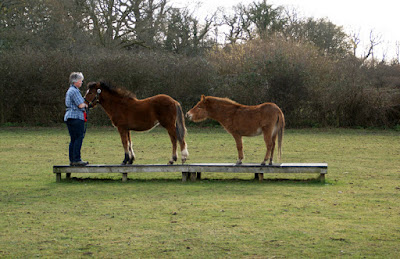 ...but that proved useful in getting his confidence back since he didn't want to lose out on all of the rewards.

I allowed him to go loose in the top paddock which is right next to the Forest and did wonder if I might lose him. He seemed to switch off and was fascinated by all the new smells that he found. 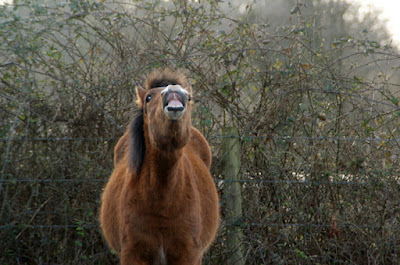 Henry and Jack to the rescue this time as all three wanted to work on the bridge. Bear was caught very easily again and that was the end of that. 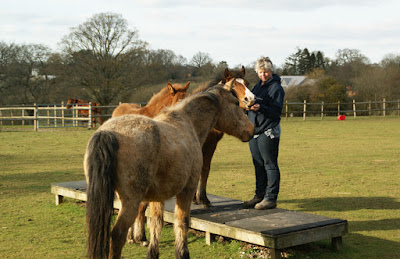