Little Bear was not so much a star as a whole constellation this morning, taking both me and his owner by surprise. He is still concerned about 'The Approach' whenever a human goes towards him but with the right energy and intent he is very accepting. 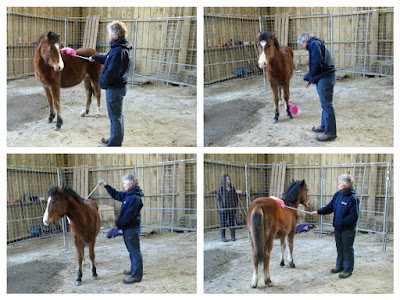 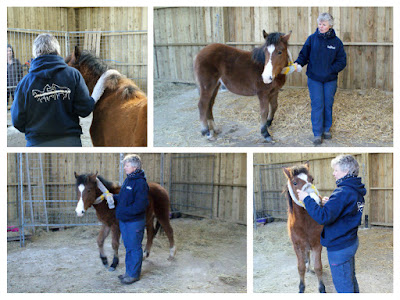 The scarf held no fear for him and I was able to use it to lead him lightly from his neck, asking him to walk forwards, halt, and move backwards with it around his chest. I then used it to make a figure of eight around his head to create a soft headcollar. 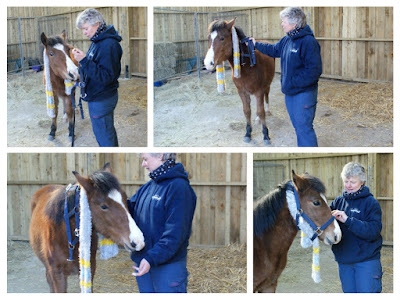 As predicted there was a slight oh-oh moment when I returned with the headcollar but he was pleased to find that touching it resulted in the usual clickered treats. You can see that slight ambivalence in the second photo too. However he then allowed me to put the headcollar on really easily. I repeated this 6 times before... 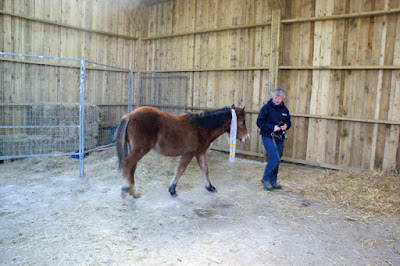 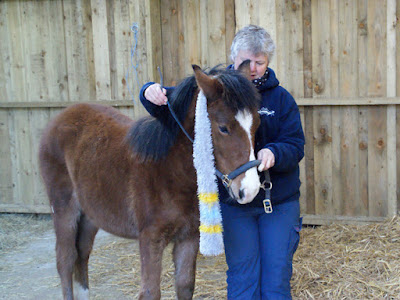 ...and using his own headcollar which does not undo over the nose to put it on in the more traditional fashion. I am still not pushing it up his face and doing the 'flick' with the crown piece. 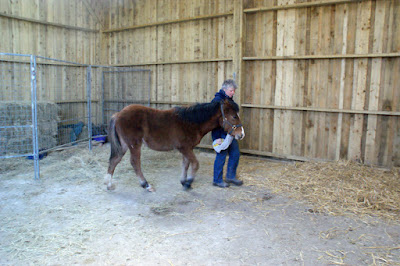 Finally he was led from his head, again using the soft scarf in order to avoid resistance. 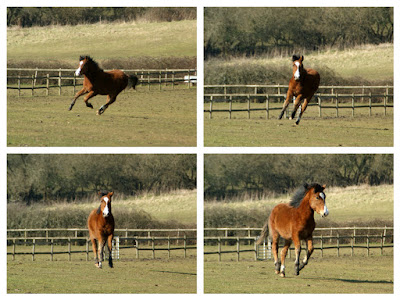 I felt that he deserved and would be fine to be turned out and so he has gone out into the field with Jasper. 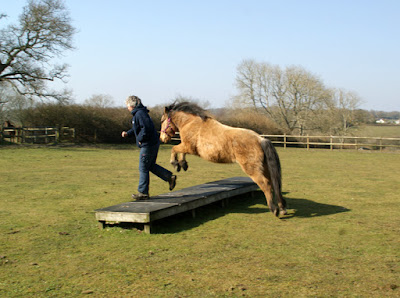 Jack enjoyed another walk and happily leapt the bridge on the way out.