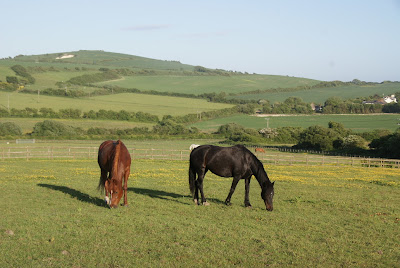 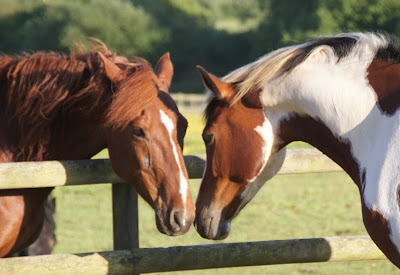 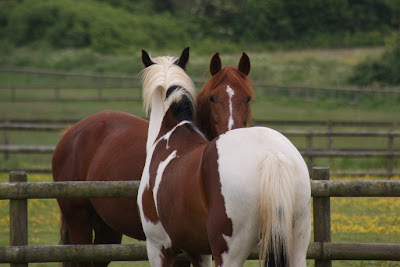 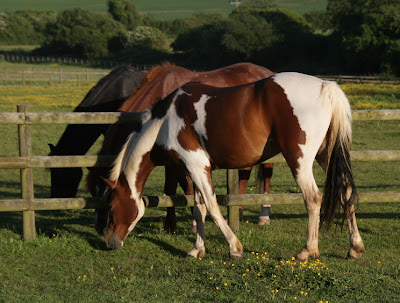 The journey over to the Isle of Wight yesterday was tense with torrential rain which pooled at the edge of the roads and tried to drag  the car to one side. Because of the Festival I had to divert to the Military Road around the coast which is beautiful but bleak in rotten weather. Reaching the top of Blackgang we were enveloped in thick fog. I was very glad of the loan of IOW best friend's partner, Stan, who is always coming to people's rescue and knows the Island like the back of his hand. The horses were brilliant. Instead of standing in his normal position with his head at the back of the trailer, Theoden stood with his head at the central partition with Petra's head only an inch away, as if reassuring her. I realised it must have been three years since Petra has been anywhere in a trailer and although she loaded beautifully (we practice!) she was apprehensive. When we were allowed to go back down to the cars on the ferry,however, they were both asleep. I am just always reminded that although we play and fiddle with our horses, this is all real life to them.

They settled into their uphill paddock very quickly and today, when Dillon arrived, gave him the low down on the place as if they had been here for years. They are only one hill away from the sea.

I rode Theoden in the school and it was really fascinating to watch and feel him fight with some of his old dilemmas. Being taken away from Petra, asked to work in gusting winds when actually he was still in the middle of his exhilarating adventure was hard for him. I walked him around and then got on board where I just sat quietly while he discussed it with himself. I could feel the conflict in his mind and the buck in his body, and I could feel him choosing what to do. Much better than having a non-thinking, just reacting horse. I asked him to walk over to see Petra and he stepped forward into his life as a working horse rather than the benefit claiming, sitting on the sofa kind of chap that he was when I first got him. I kept the session low key, asking him to do things he has done before and knows well: backing up without bracing, turns on the forehand and gradually took up control of pace, direction and destination ending with a calm trot across the edge of the school. We've come a long way.

Sadly we couldn't go out hacking as Jo's dog of thirteen years suddenly went downhill and had to be put to sleep at the vets. Earlier in the day I had said hello to him for the first time and he had looked up at me seemingly full of life and vitality even his back legs weren't working quite as they should. His coats was glossy and his mind was bright. I am glad I met him. 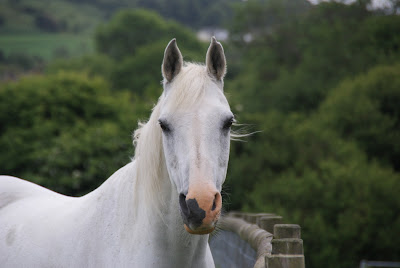 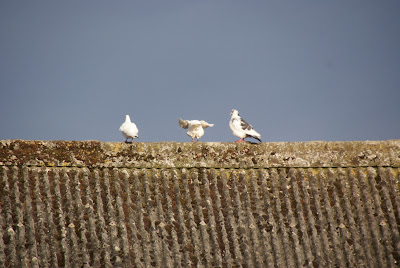