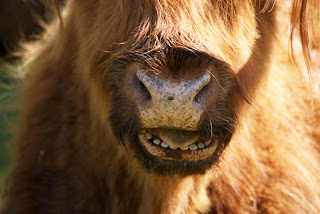 Today felt like the perfect work life balance. I cycled off early, calling in for a short session with Minty who will now be caught in the middle of the field, is happy to be led and tolerates having his tummy and undercarriage touched with a feather duster. He's certainly cobweb free! I cycled home the long way round before jumping into the MG to go down to Brockenhurst with fresh cherries to eat on the way. No roof means it's really easy to spit out the pips. 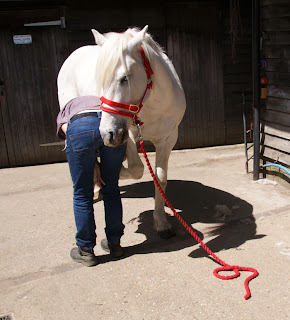 First job was to work with Enzo who has been improving ever since my last visit and now accepts touch much more happily. Unfortunately he got an abscess in his right front foot which had to be treated by the vet and then poulticed. This is the leg with the strongest instinctive reaction to being handled and he is inclined to lean in with his shoulder, curl around his 'opponent' with his head and then dance about on the spot. This didn't impress the vet much! Rather than battle with him and engage with his strength, I used clicker training to interrupt this pattern and take his mind off all that negative behaviour. Gina also wanted me to to teach him how to ground tie and by the end of the session we were able to combine the two. 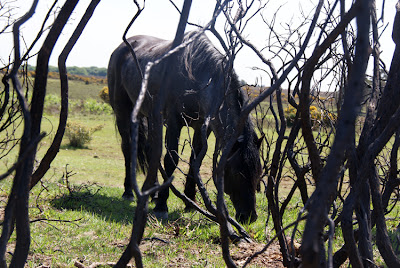 On the way back to Fritham I caught sight of Lovely Hill High-Jack with his herd of mares hidden within the burned gorse. Burning has the effect of caramelising the bark and many ponies seem to love eating it.
He seemed well and happy and will be going back in next weekend. I am sure his girls will be very disappointed as they seem so peaceful when he's around. 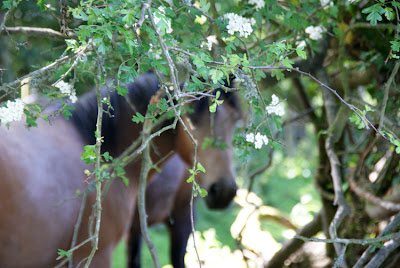 He wasn't the only one experimenting with camouflage! 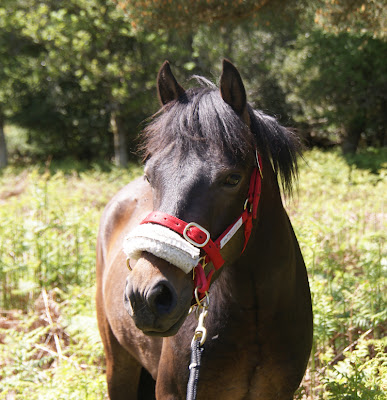 Next it was time to take Nettles out on his own. You'll recall that he hadn't been out of his own field for two and half years until just a week ago. Despite the fact that the other five horses were all calling to him, he was very relaxed about going out and didn't call back or 'play up' in any way at all. Furthermore he was so willing to give everything a go, plucking up the courage to jump the ditch stream towards the end of the walk. He seemed very happy to follow me loose in the inclosure without Jack and without any clickered treats. He's a joy to work with. 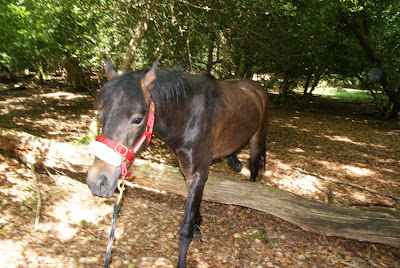 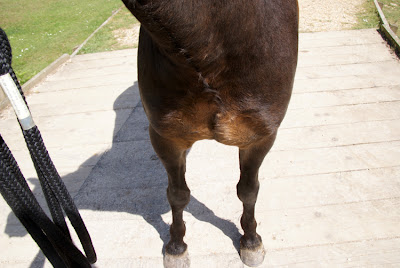 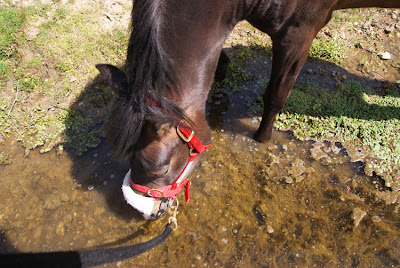 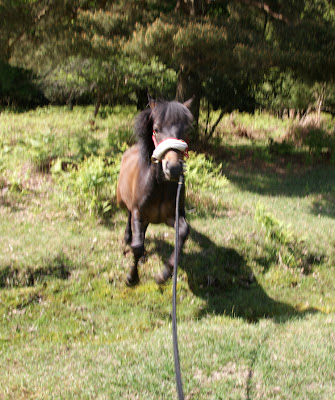 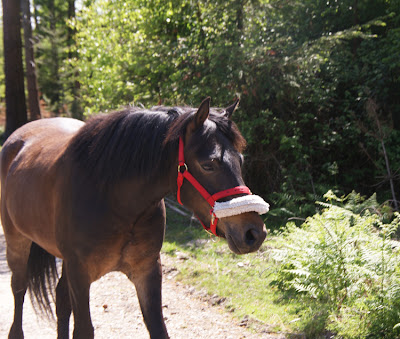 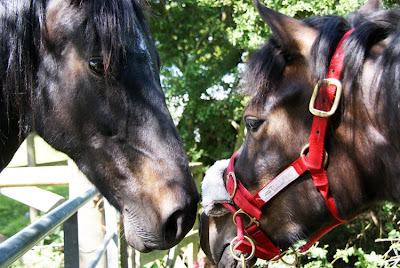 Petra was very pleased to see him when he got back. Now that Theoden has taken Indiana as a concubine, she has been looking out for a suitable love interest. Jack is now the only thing coming between them. 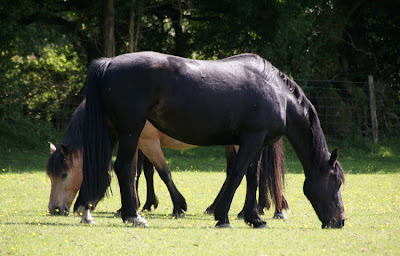 Home for Pilates!
Posted by Loisaba Wildlife Conservancy at 8:16 PM