10th March, 2014 In Which Piglet Just Excels Himself

If you are hoping to avoid any more Piglet pictures, you might do well to call in in about four weeks. Today he has just excelled himself and I could just hug him forever (and I don't think he would mind).

We started off with Guy the farrier. He stood beautifully and didn't even think about leaving. Guy, as always was so kind and he even spent an extra ten minutes just stroking the pony before he left. 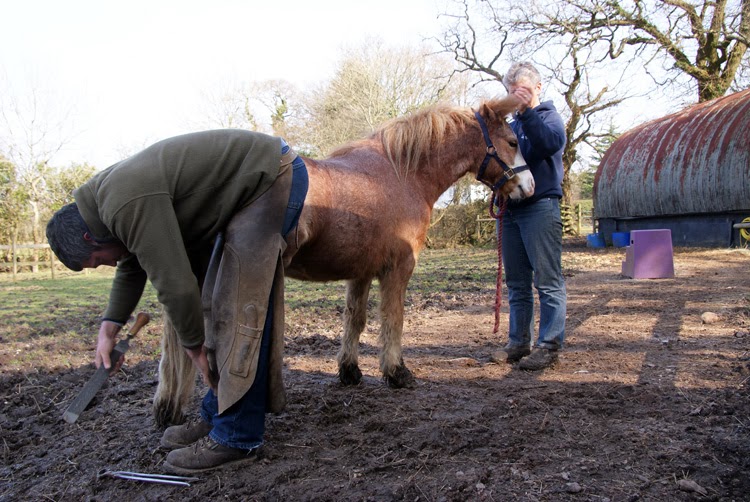 After that we took Piglet out for a walk with Indy again. 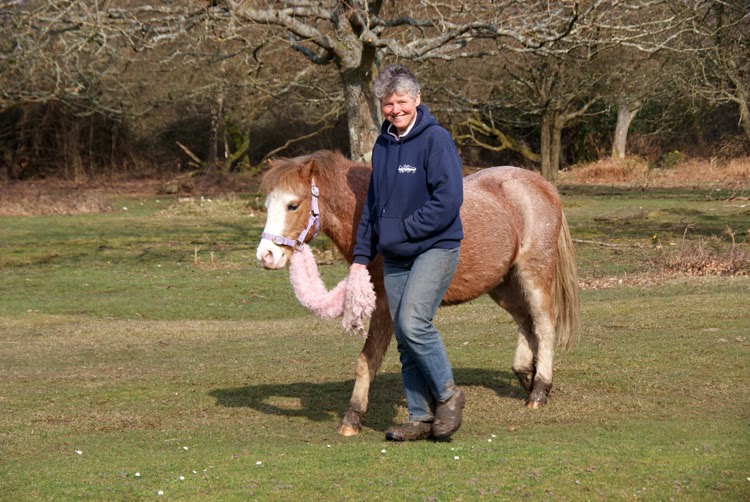 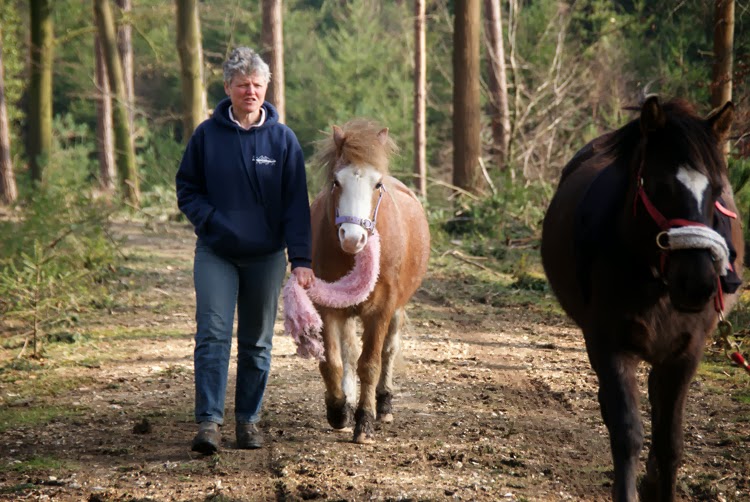 Part way round I wondered what would happen if I let him go. Would he stay with us or would he go off on his own? 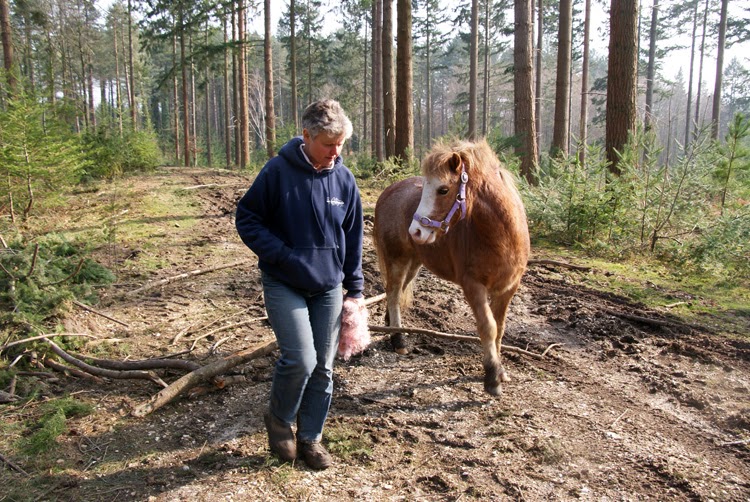 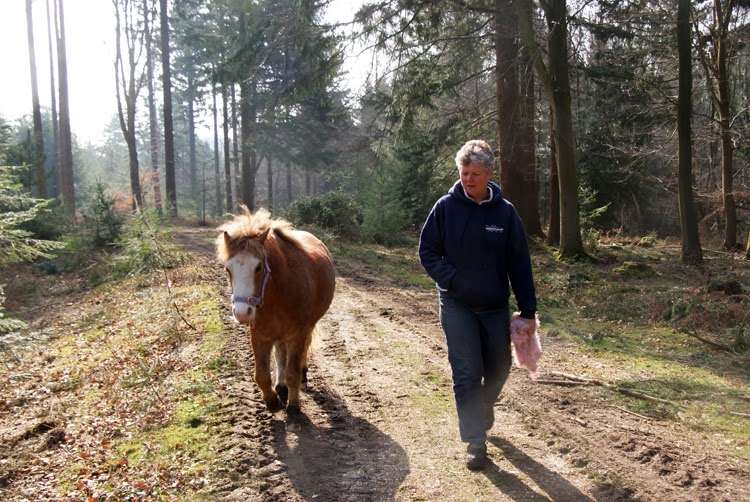 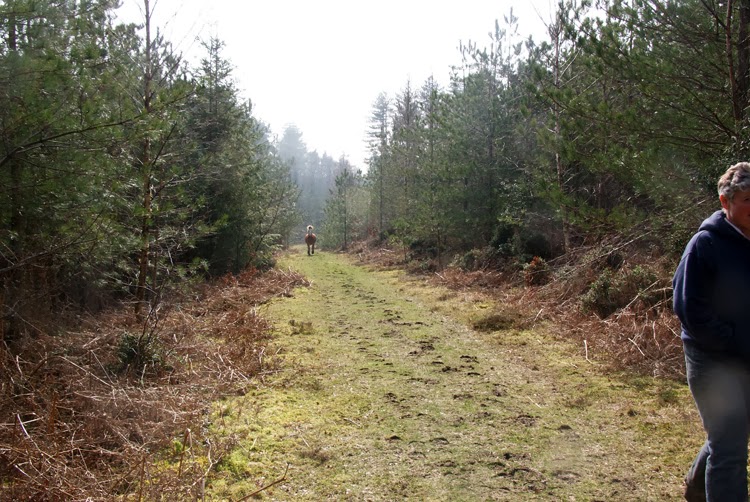 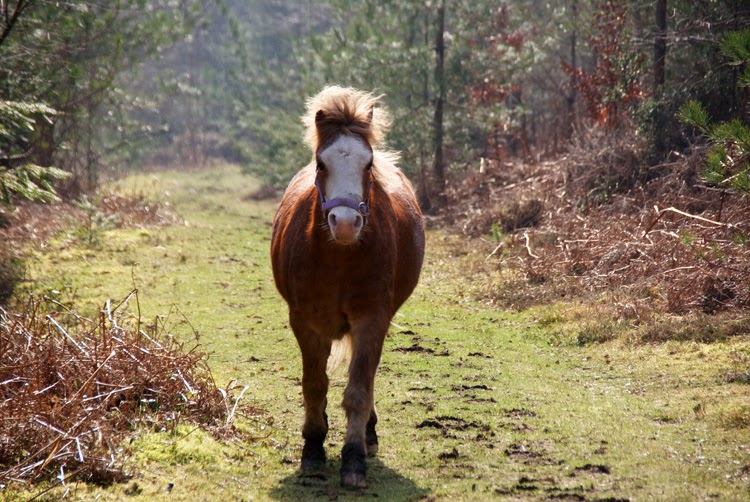 'Lead rein' back on to go back across the open Forest. 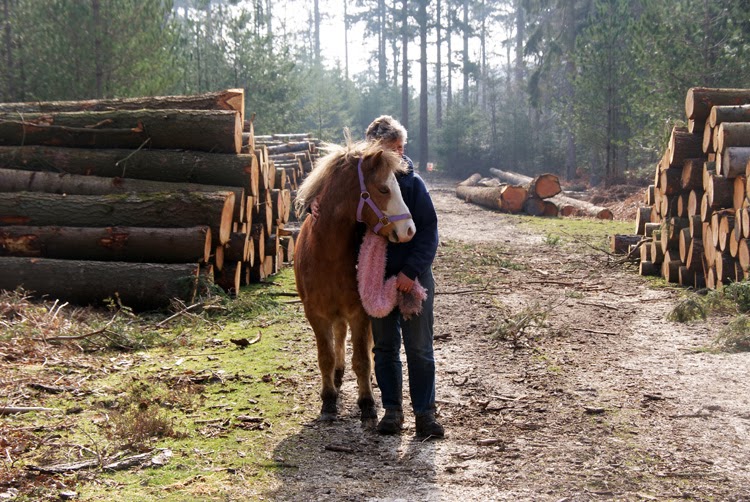 "Pics look amazing! I can't believe you let him walk by himself and he came running up to you." DB

Rachael's work experience continues with worming duties. She carefully weigh taped each of the horses before they were given the appropriate dose of wormer. At this time of year we worm for tape worms as well as all the others. 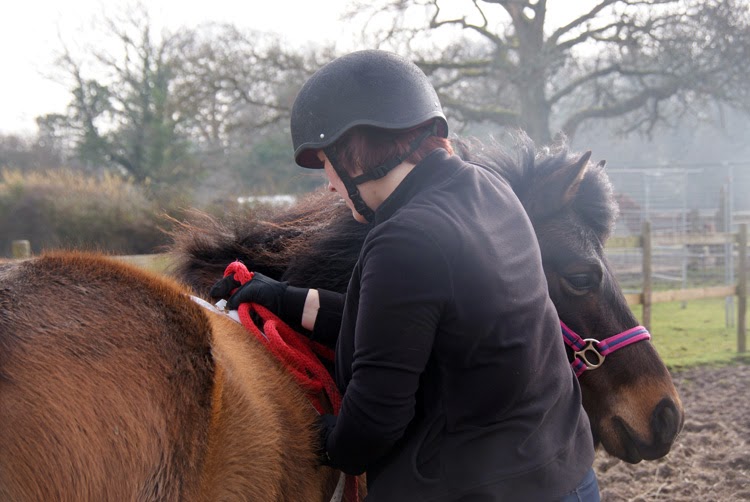 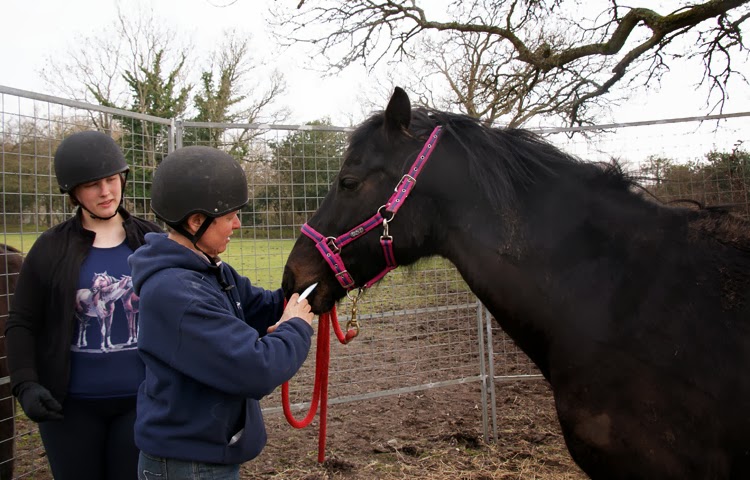 Finishing the day with Theresa and Sampson. He never seems to stop growing and looks far older than two. He may end up as the first Arabian cross Cob police horse as he is not flustered by anything. 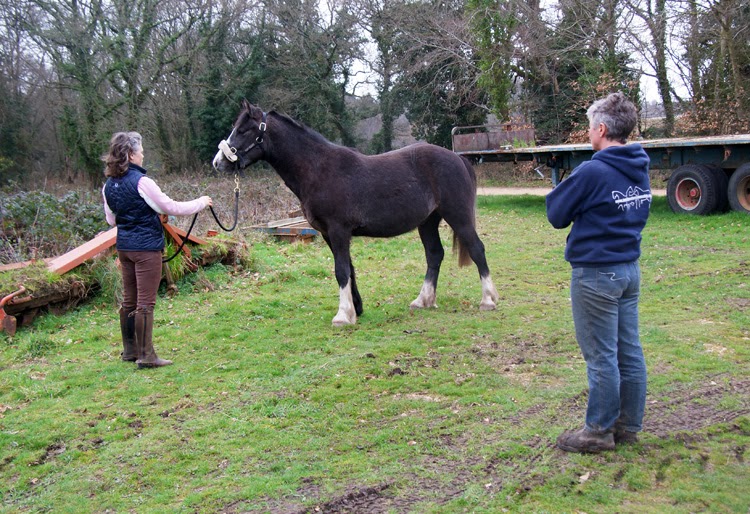