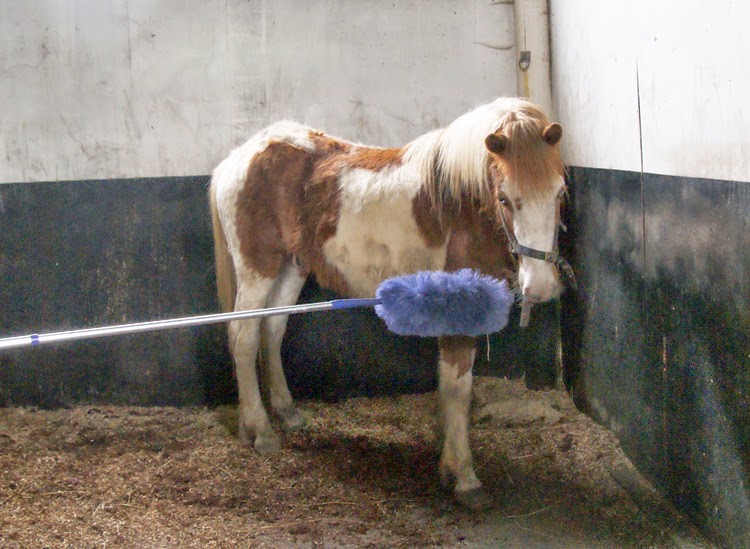 Chance is a rather striking two year old Bodmin Moor colt. Fortunately he seems to have escaped being branded although he will certainly have been manhandled.  He's travelled a long way from home, taking in three sales yards en route before ending up locally. His future is a lot more certain now. He arrived with a head collar on and his owner has done really well to be able to replace it after carefully handling his head over the door of the stable. However, she has been quite worried about attempting to touch him anywhere else on his body whether in the stable or in the paddock. 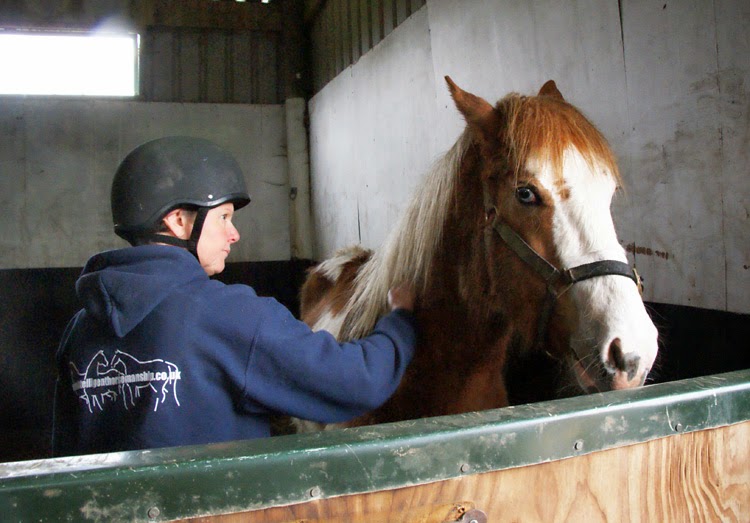 Using good old No Fear, No Force methods and the feather duster I was able to start touching his preferred side, his right hand side. Progress was pretty rapid from there and I was soon able to touch him with my hand on his right hand side and to give him a lovely scratch under his neck. He's really rather itchy at the moment and moulting like mad. His coat is rather matted too but it's important not to try to pull any of the matted bits off. 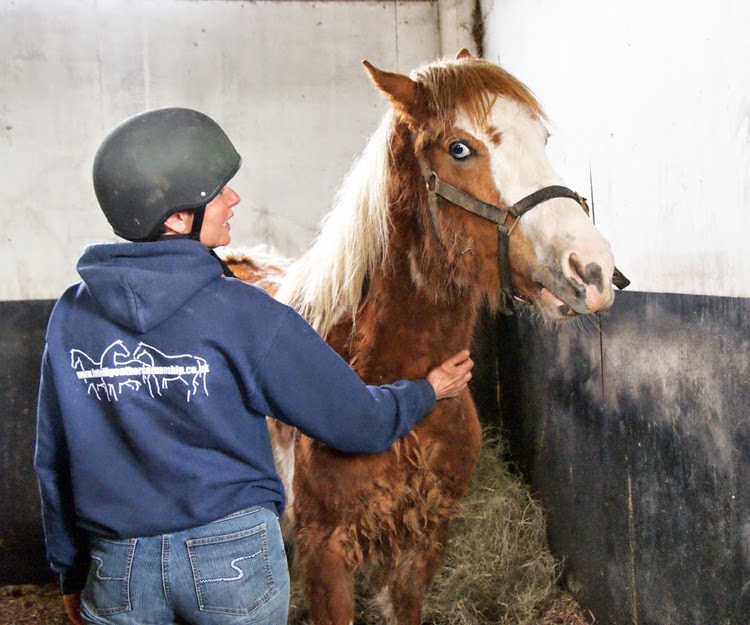 The scarf was fairly routine as he doesn't mind having his head handled but I could then use the scarf to teach him to lead from his neck and then later from the head collar itself. 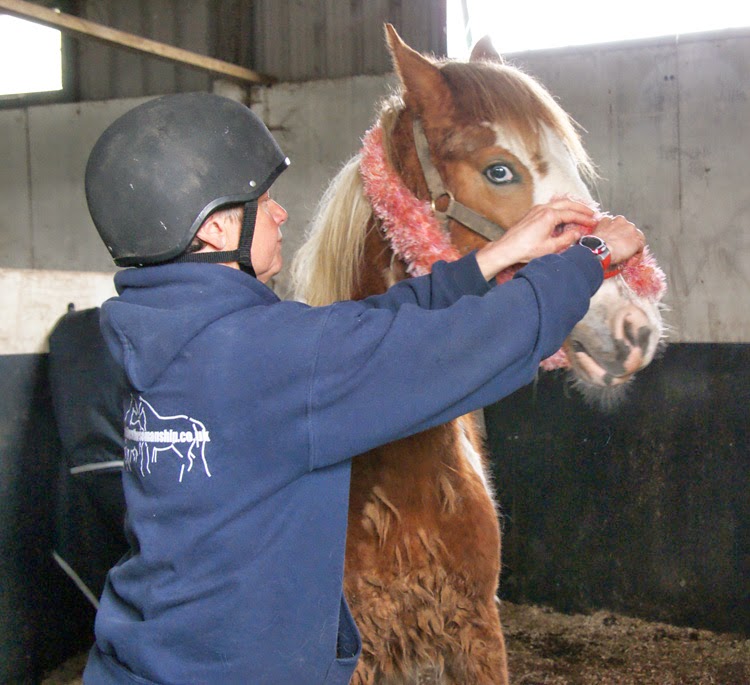 It was a short step literally and metaphorically to being able to touch him on his left hand side which he had protected until now. All of this meant that I could swap his head collar over fairly easily and soon there will be no need for one at all. 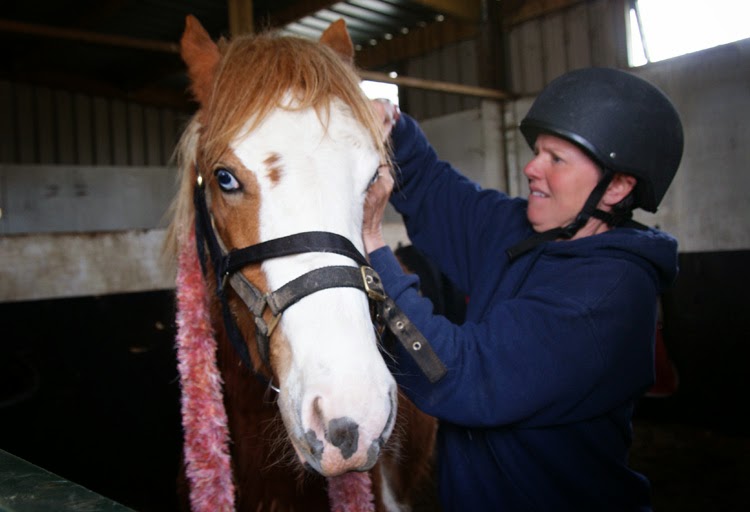 Facebook TG: Chance with Sarah Weston amazing is all I can say

Message received 1.4.14: "Walked into stable on his own today. New yellow duster was nudging it before I even went into stable good as gold.  Amazing thank you you much !" TG
Piglet had some more lead rein practise this afternoon. He still has a tendency to pull away from time to time and so we wanted to practice catching him again. It was back to the scarf because I hate to see him being jolted in the nose when he treads on the end of the lead rein and I do think that it was putting him off coming back to be caught. Given that there is no way of holding him if he does pull away, we need to keep him keen to come back. 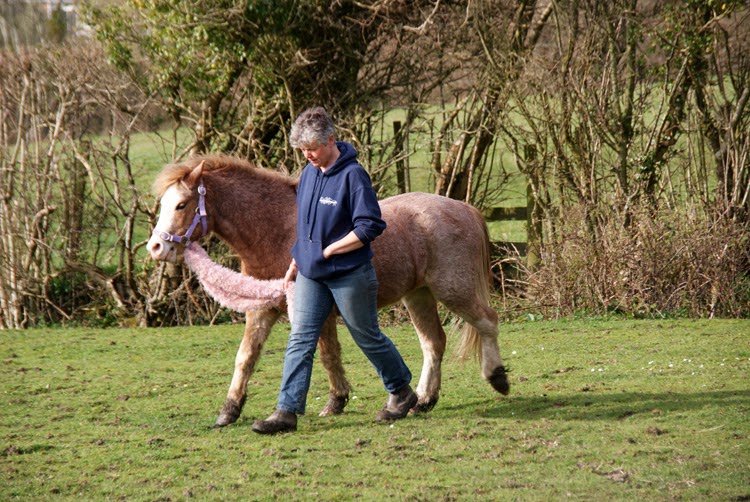 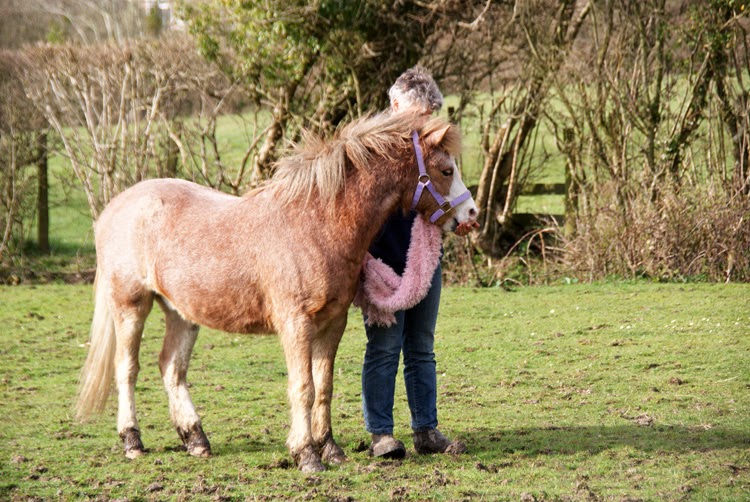 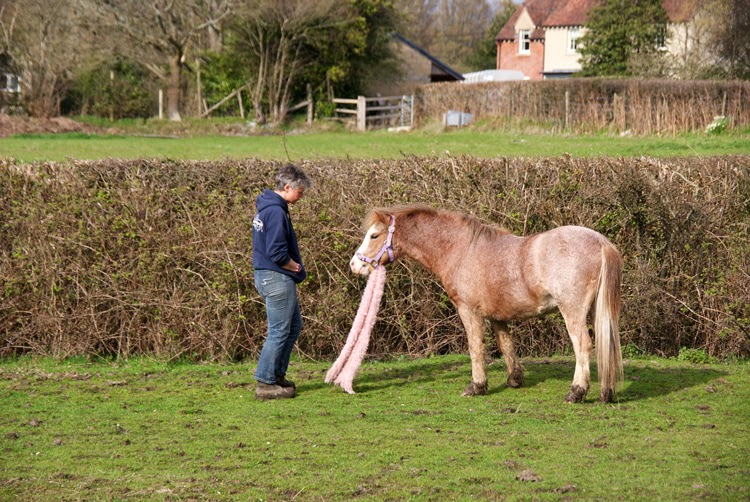 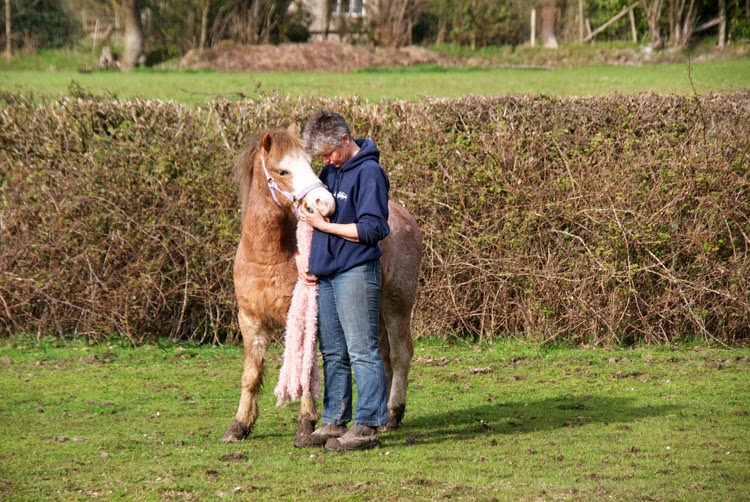