A long drive this morning to see two horses with two different stabling problems. The first horse wants to be in the stable as much as possible. The other horse gets upset in the stable if the horse next door to him is moved away.

The first horse provided a real counter-weight to the argument that horses need to be out as much as possible. Whilst I'd rather didn't have confinement and isolation imposed on them, this horse quite simply preferred to be in. If she is left out for more than a few hours she paces the field, occasionally bolts towards the gate,  paws and rears at the gate creating a high risk of injury.

It may be that the origins in this behaviour lie in her early socialisation or lack of it, and reinforcement through good feed the instant she was brought in. We know that at one stage she was kept short of food and lost a lot of condition and that when she was being rehabilitated in the next home she was allowed to run into the stable from the field on her own.  The behaviour is so well established now that it would be difficult to totally unravel it and it would make her extremely unhappy. In any event, without a totally safe outdoor environment it is impossible for the owner not to capitulate and bring the horse in.

I've suggested to the owner that she relax and just do what keeps the horse happy. There are plenty of horses all over the world and in this country that spend a lot of time in. Although there are health implications, there are precautions that can be taken, and the risk to her physical health if she is forced to stay out are much greater.

For the other horse who always likes to have a horse in the stable right next to him, there is more that can be done. By enriching his environment when he is in he can be distracted to some extent. The stable itself can be made ultra safe. Then he can be trained incrementally to build up his resilience to being left for short periods of time. He gets plenty of turn out and exercise the rest of the time.

Both horses also benefited from a groundwork session which will hopefully make them feel less alone when they only have humans for company. 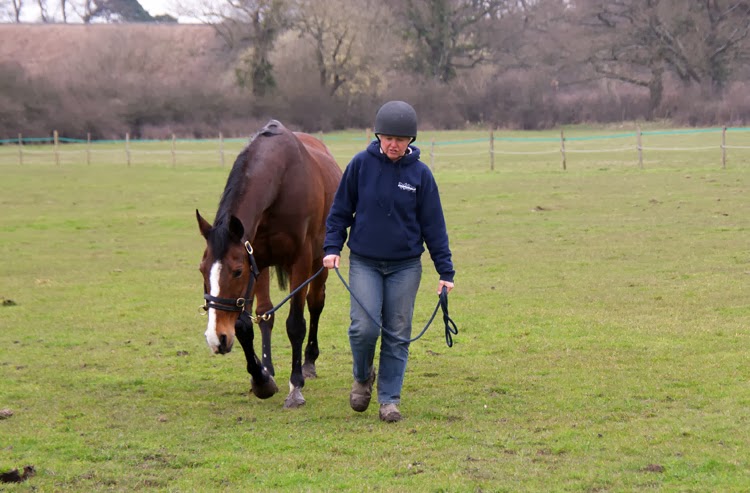 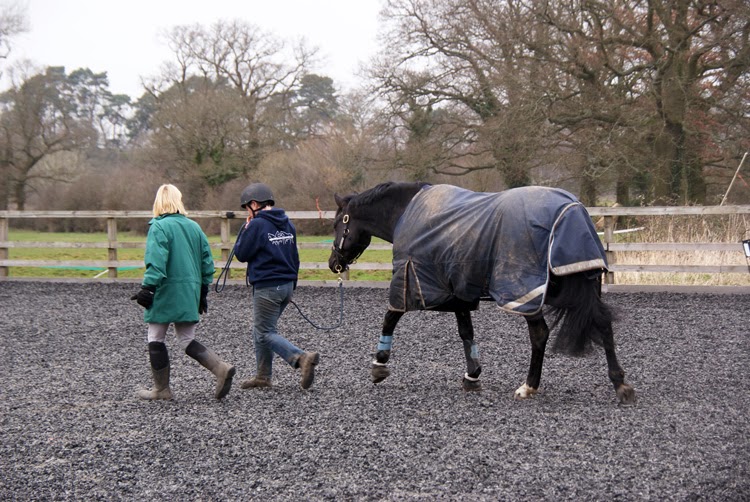 "I just wanted to say thank you so much for giving such clear and helpful advice.  I feel a real weight has lifted from my shoulders and that I can now enjoy her and not get in such a state trying to keep her out in the field when she very clearly is telling me she doesn't want to!  I feel so much more confident that I can make some decisions myself by just listening to her and also listening to my own gut feelings.  I really appreciated the ground work advice as well which we have been putting into practice this afternoon.

Very very many thanks you are a real confidence giver and hopefully R and I can build on the thoughts you gave us today." CF