A busy day in the little Piglet household. Today he met Julie for the first time and took to her immediately. She's lost none of her wild pony skills. We had another session of Pass the Piglet but this time switched off each person after they had interacted with him - all they did was turn around and face the other way. Thus he was encouraged to visit everyone. He had his head collar put on and taken off several times. 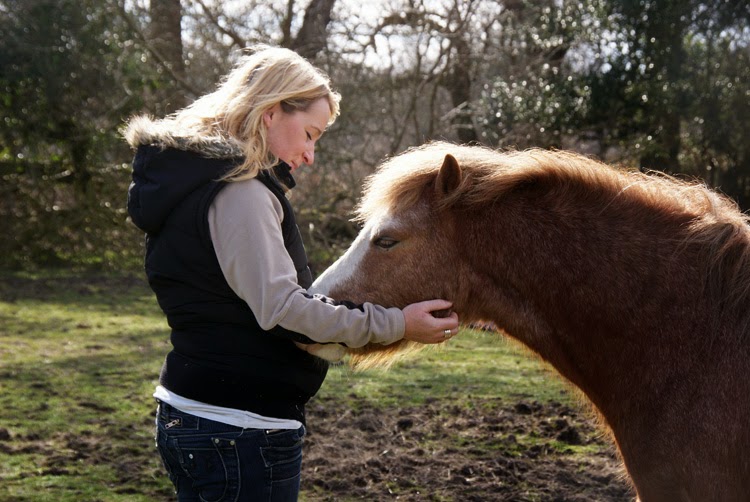 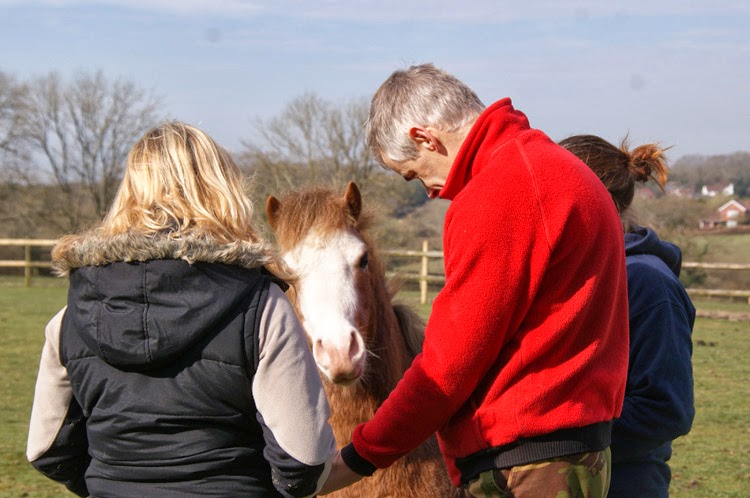 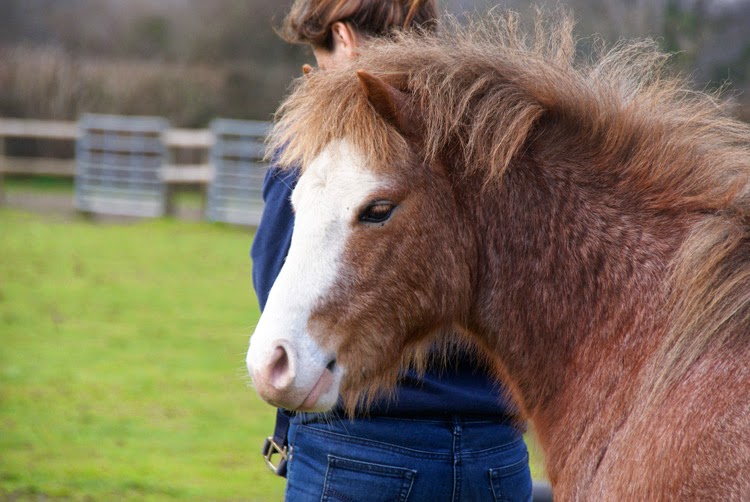 Off to ride Angus again and give him a quick clean up before he went out. There's a lot of him! Today we rode out with Veterinary Nurse, Ali, and her lovely cob Walter. Angus was happen to go in front, behind and beside Walter. 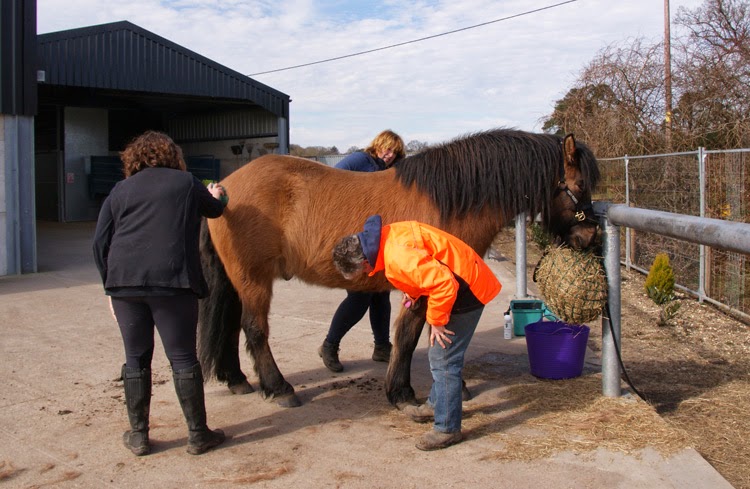 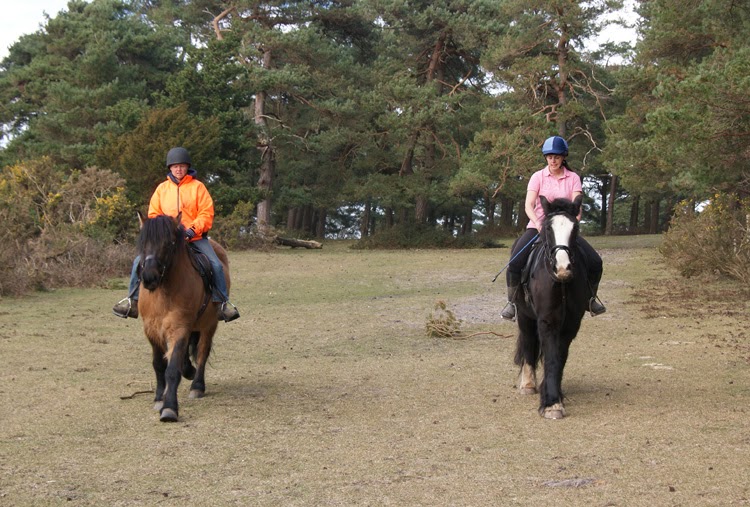 Later, driving across the Forest we came up behind this trotter... 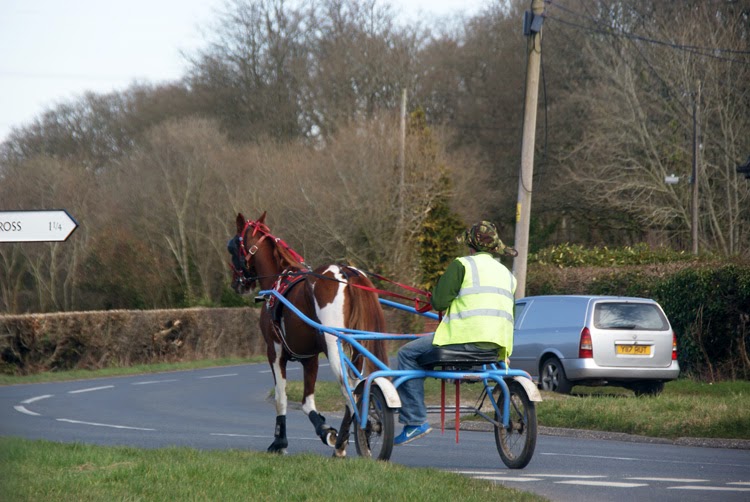 ...and past these donkeys - they have the softest noses. 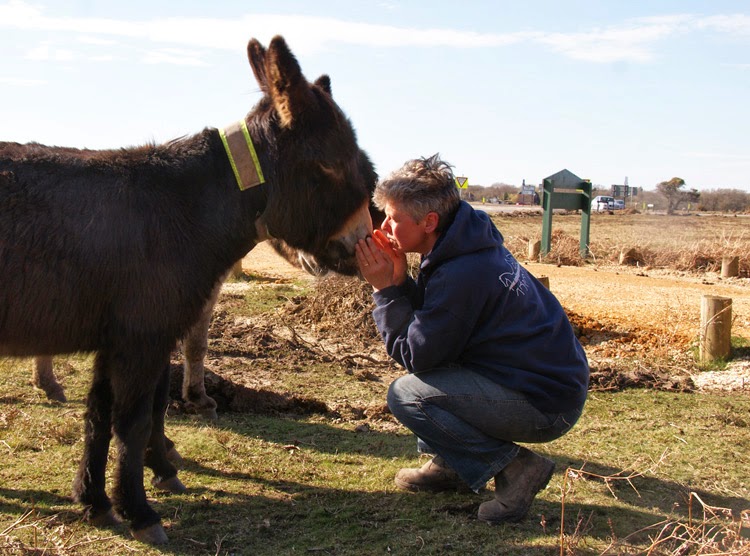 Waiting for our last horse I was given a good mutual grooming by Shetland Lightning. It's all very well but he had been eating hay to which I am allergic so I had a nice rash around my neck. Worth it though. 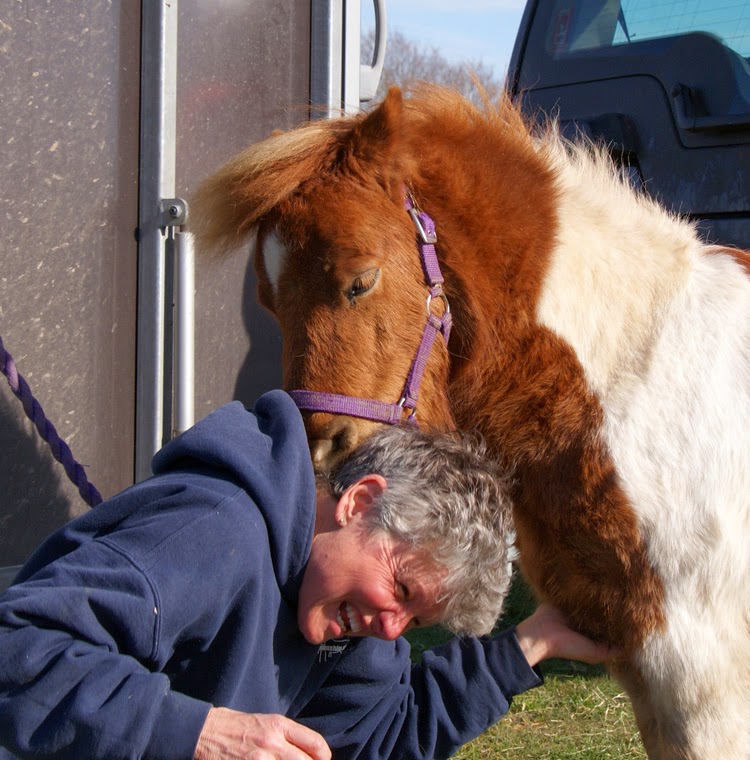 Dolly turned up in her trailer ready to meet Utterley and Hiccup. I must confess that I had said a little prayer to the Horse God just before she turned up because I'd been told: "...just to let you know that when we have come near pigs, all her manners tend to go out the window and in her panic she tends to be unaware that the handler is with her, therefore could quite easily get knocked over, which is such a shame as she is normally so good." 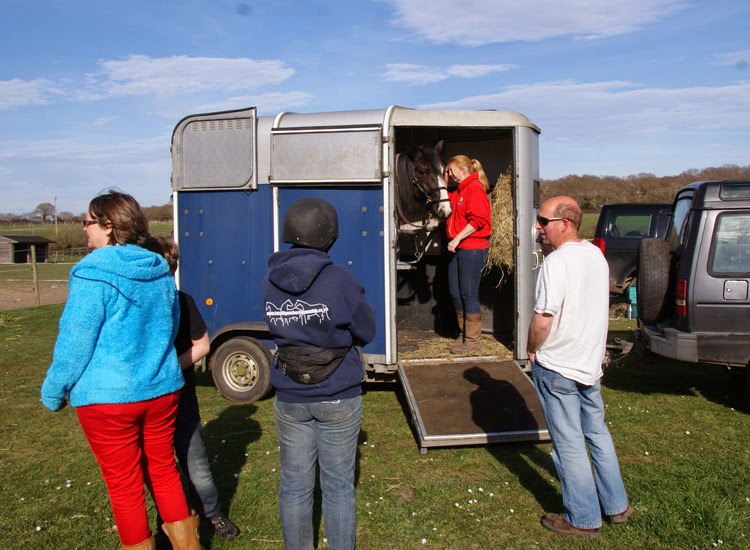 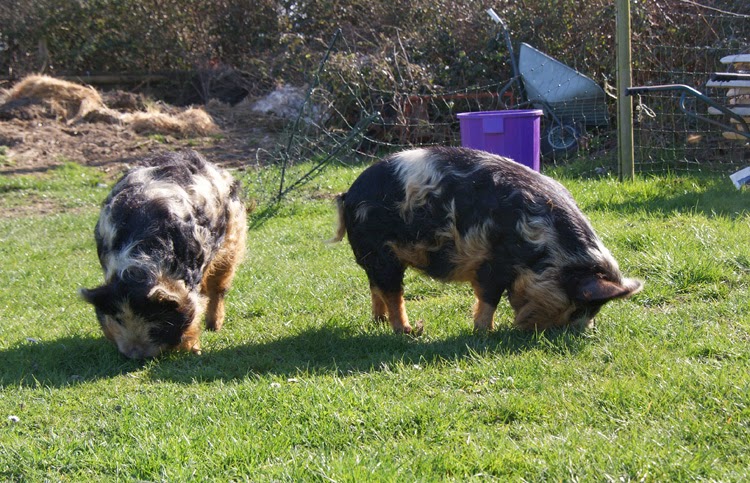 When she heard the pigs, at this time in the stable, she grew a good couple of hands. I just worked gently on moving her feet and incrementally we brought the pigs nearer and nearer. I also used clickered rewards to say thank you for choosing to stay. 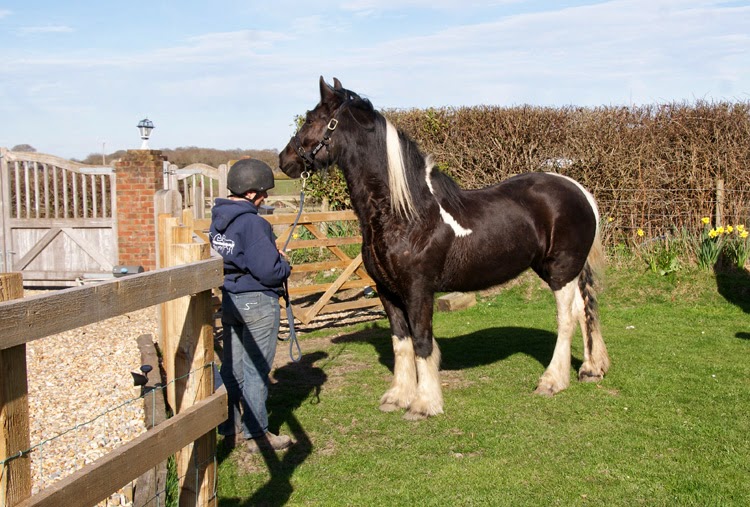 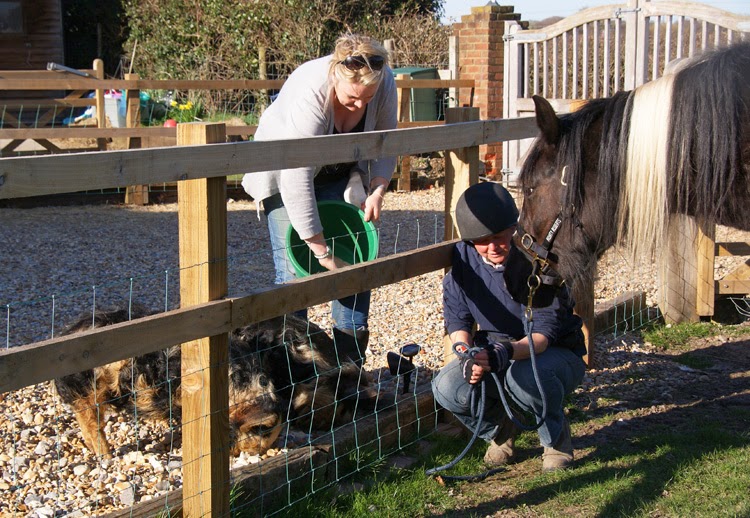 At the end of an hour this is what we'd got. What a super horse. 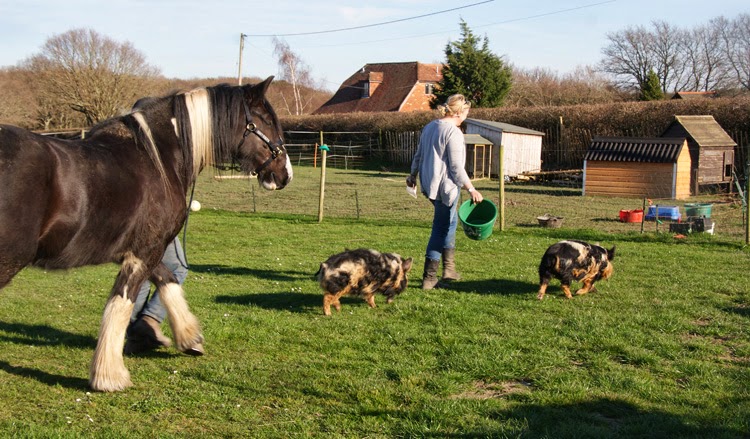 And the dramatic sequel! Ten Little Piggies, All in a Row.

Email received 16.3.14: Hi Sarah, Thank you so much for yesterday. This morning Amy, Lewis and I took Dolly out in hand to find piggies - we were not disappointed. We came across at least 10, all different colours, some led down some rooting about and making lots of piggy noise. Dolly was very good, she did spin round and try to walk over the top of Amy a couple of times, but she was reminded that that was not expectable. We took a bum bag with plenty of food, and using the clicker method managed to get her past, she was snorting etc. At one stage we had pigs in front and pigs behind. Dolly was walking behind the pigs. We also came across a huge sow and Dolly was quite happy to stand and watch her from a distance. We did not get as close as yesterday, we did not rush her past any of the pigs, but took our time and only moved forward when we felt Dolly was ready. After we walked past the pigs we turned Dolly round to watch them. Dolly was much more relaxed with the one sow than with the other group. I feel that this is a huge step forward, although we still have away to go, our ground work is not as  good as yours and we be aiming to improve on this. Whereas before we trying to avoid pigs we are now going out looking for them, so that is an improvement for us too. .I'm sure we will be using your services again in our quest to help Dolly with the piggies. Dolly is now having a relaxing afternoon, enjoying the sunshine.x"  DA