With the rain lashing down we were glad of the barn again today and Piglet withstood the noisier conditions pretty well. However, he wasn't so sure about my orange coat and found it difficult to allow me to go up both sides of his face with the head collar.

Once it had been on and off a few times it was time to take my coat off and lend it to him.

Next we did some backing up work from the left and then the right. Backing up often encourages softness in ridden horses and I wanted to see if it might have the same effect on the ground. Although he is often quick to leave, he is also a pony that instinctively wants to keep moving forwards if he is worried. Backing up might give him another option. Of course all horses know how to back up, it's just that they don't normally practise it much on their own! 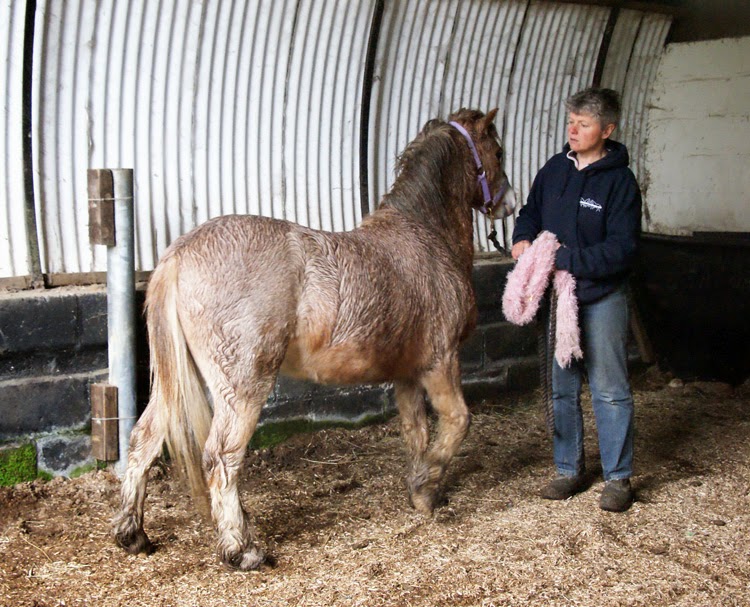 He is fascinated by the brolly and happy to follow it at close quarters. I think he would die a thousand deaths though if it moved towards him. He will let it approach him when it is taken down. 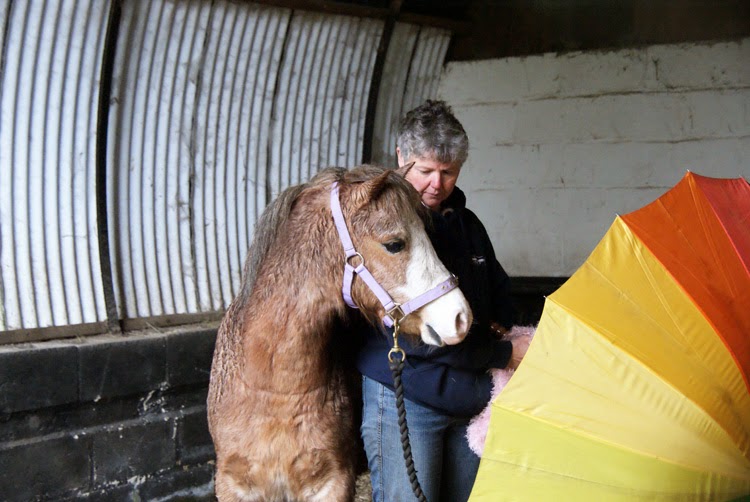 Loose and free to leave whenever he likes, he chooses to stay and investigate all the pretty things. 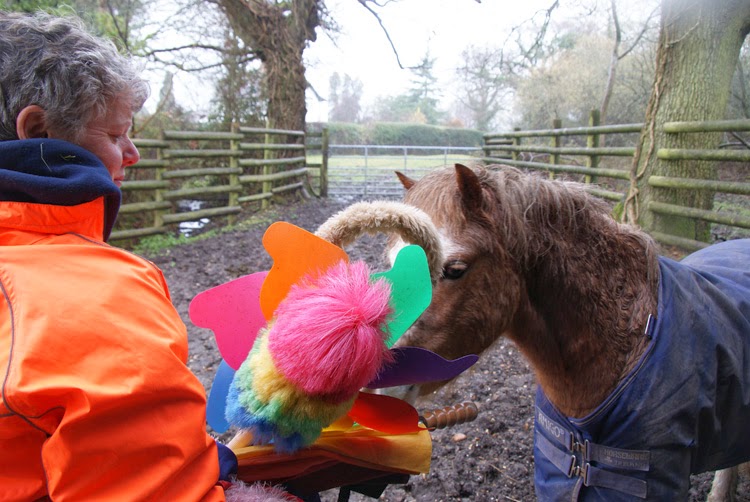 It seems hard to fathom him out sometimes, what will and won't frighten him although his fear of people and of being trapped are pretty consistent. With limited time left to work with him, I just have to concentrate on consolidating what we have got and only mildly pushing at his boundaries. It's clear that one false move and his confidence takes a real knock. On the plus side we now have a pony that comes to select people whenever they are around, accepts a head collar even in a big space, accepts a lead rein and will lead easily from the left and more tentatively from the right; a pony that comes back even if he leaves with the lead rein and most of all a pony that will give things a go. On the minus side he is wary of new people especially men and tall people, has a tried and tested technique of pulling away if he feels the need to, and is fairly dubious about people's intentions towards him. Ponies called Piglet know that they are edible.