Piglet disappeared while we had our backs turned this morning and this is where we found him. Proof that it is not THINGS that frighten him but PEOPLE. People with intent are his greatest concern. 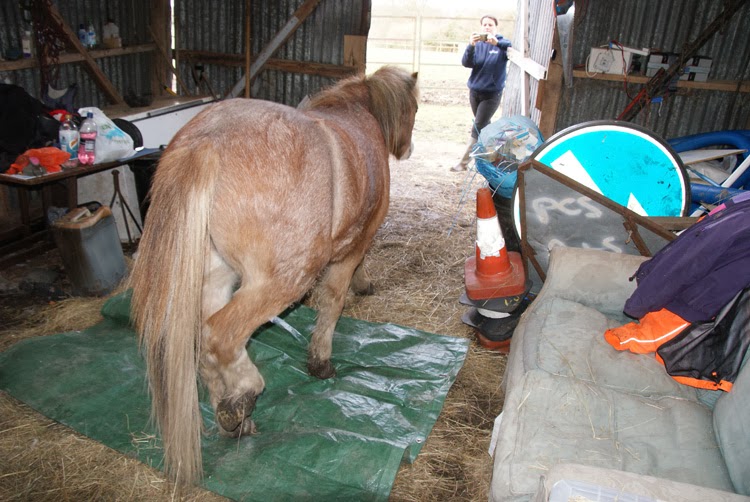 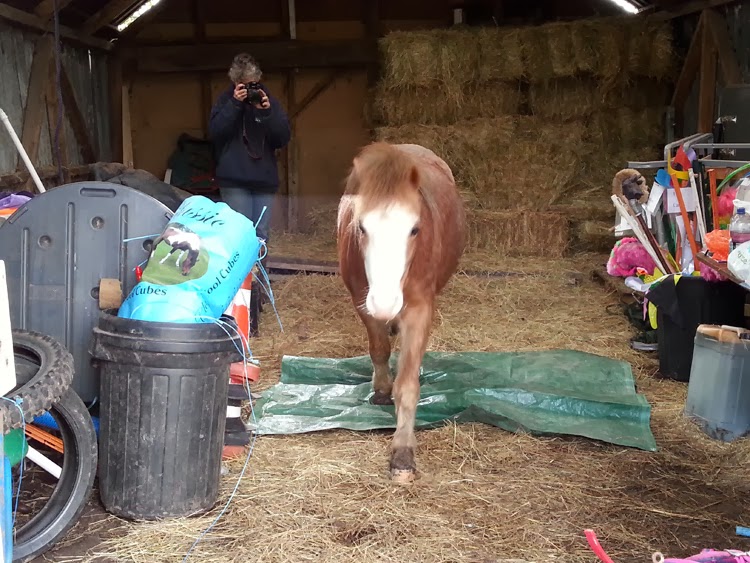 After a bit of practice in the field we ventured out across the Forest as far as the inclosure where we explored the tracks. The huge log piles are all made up from trees that simply keeled over in the wet and windy weather. 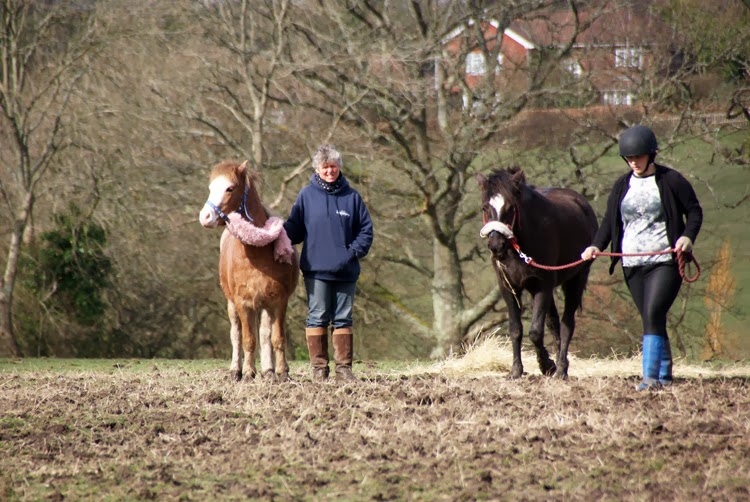 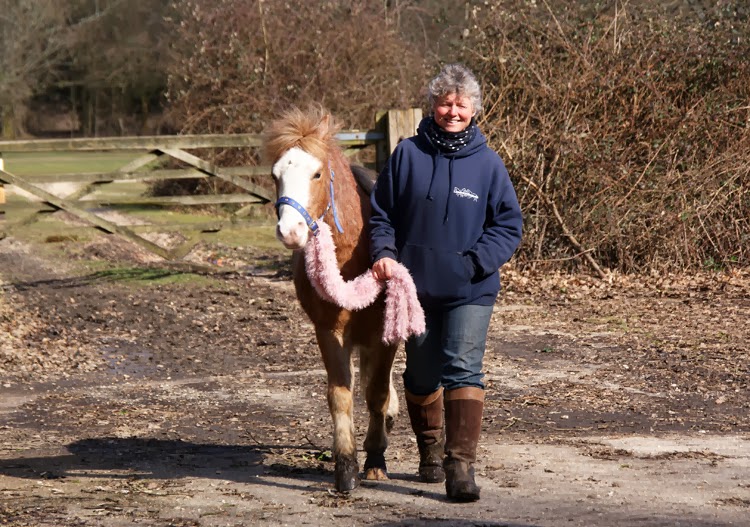 I am still using the soft scarf to lead him so that if he does run away he doesn't have anything whacking against his legs. He has only pulled away a couple of times but each time he has only gone five strides and then come straight back to me for clickered treats. I want to leave that default position in there and not have something drive him further away. The scarf doesn't worry him at all. 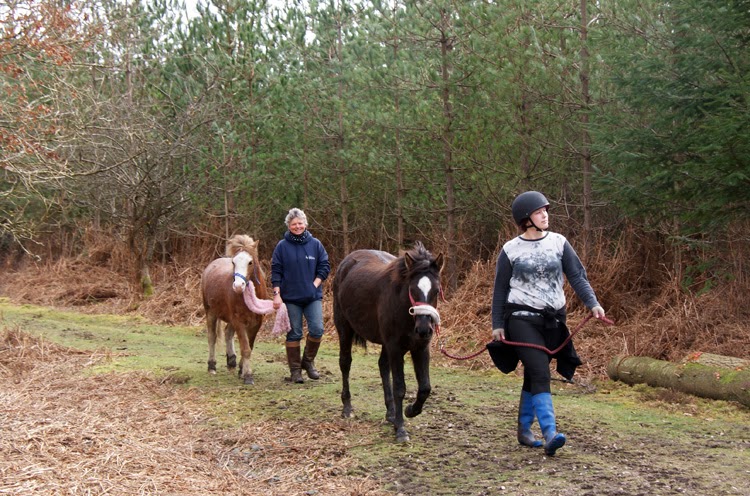 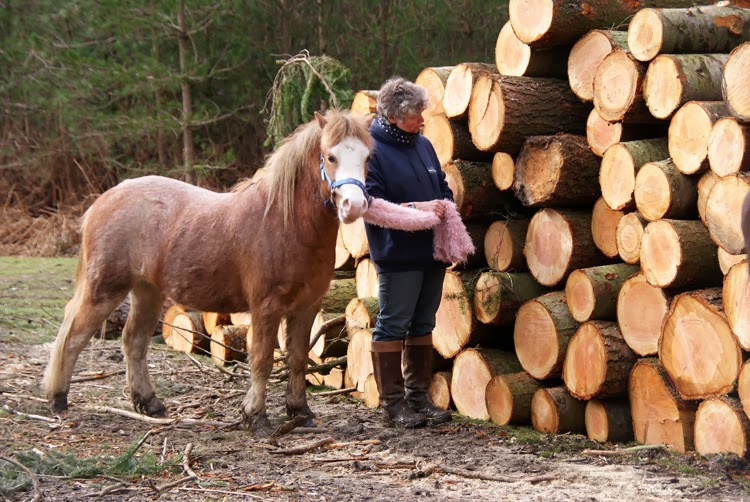 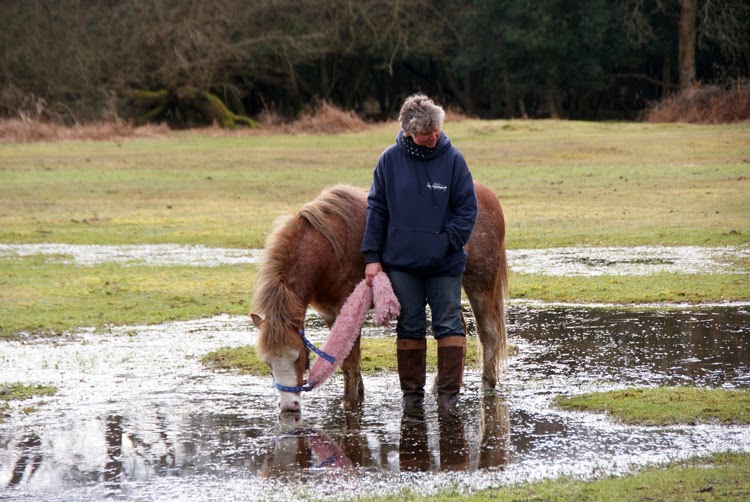 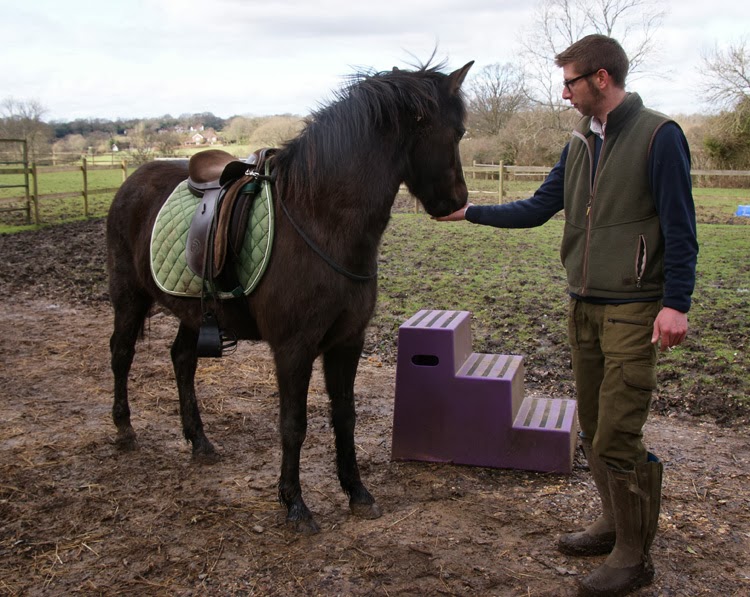 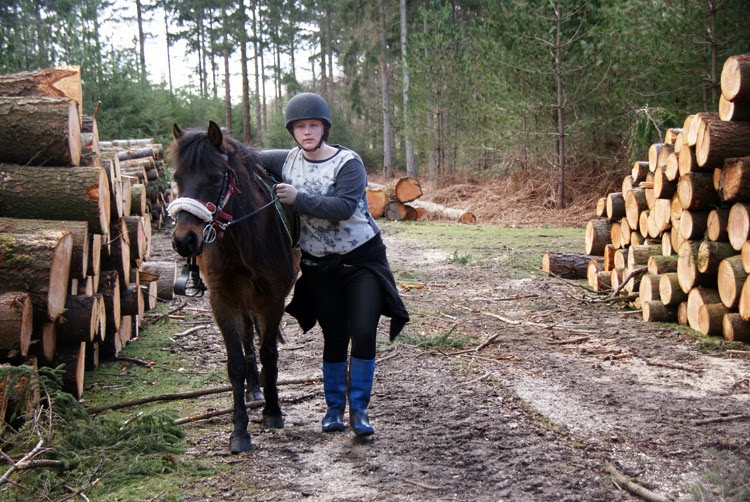