After a day off it was time to see whether Piglet would allow me to catch him outside. Not only did he walk straight up to me but he offered me his right hand side. I used the soft scarf to 'catch' him first of all - so many ponies seem to love this - and I used it to lead him around the pound. 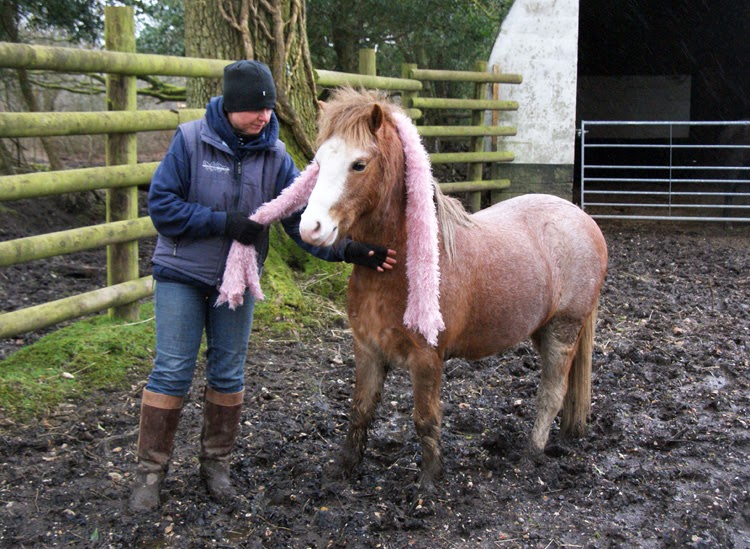 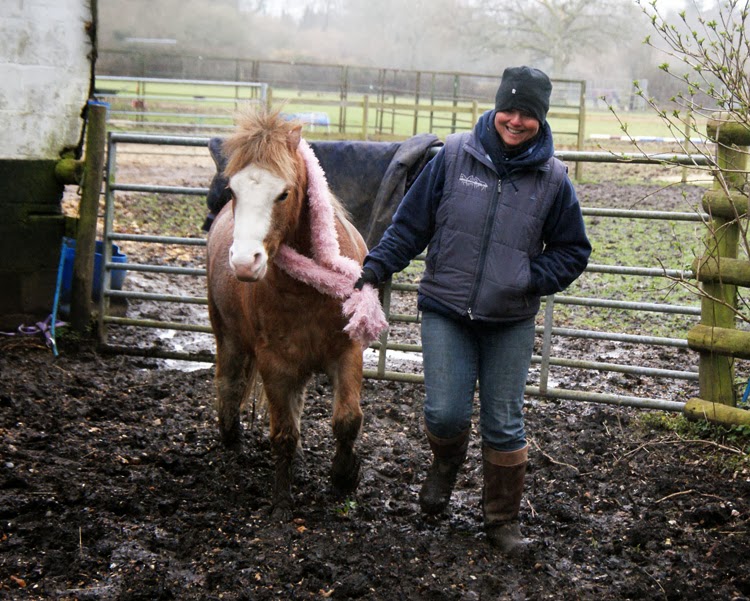 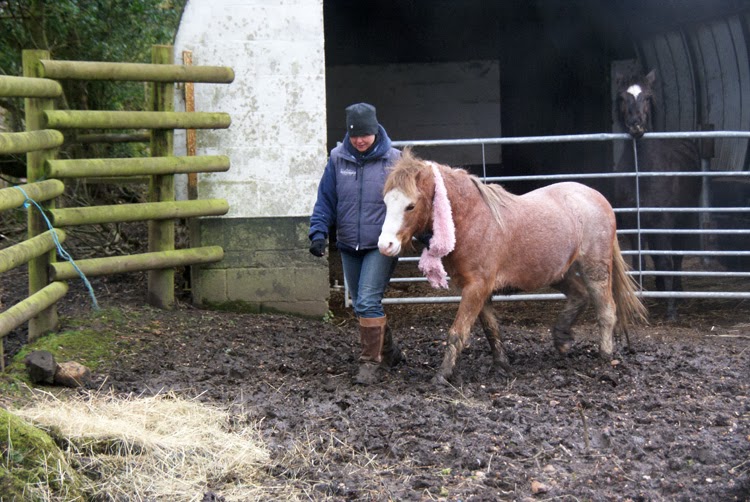 Next I thought we would see how he felt about being caught in an even bigger space and once again he came straight up to be caught. Not only that but he accepted the head collar from directly in front of him. 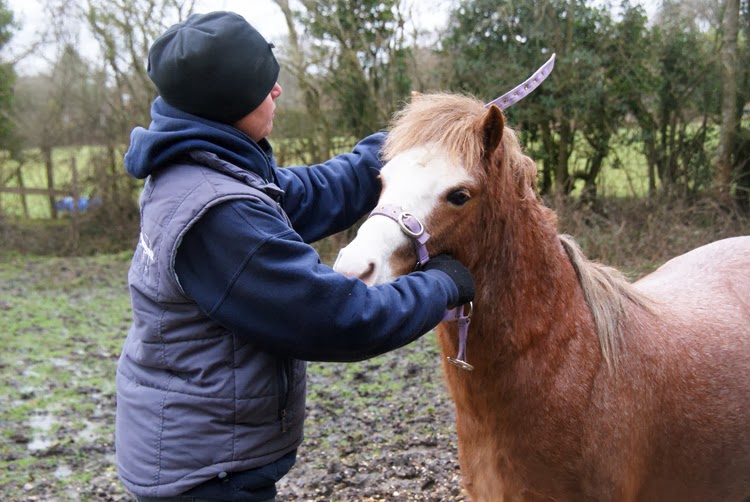 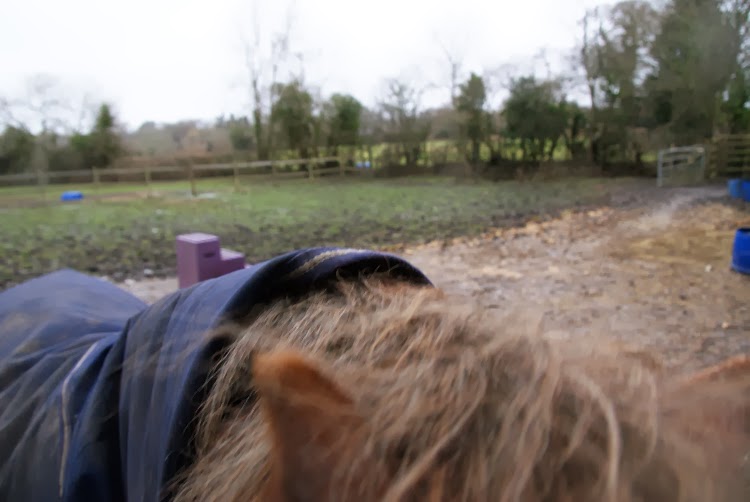 I tried to take a photo of how big the paddock is so that I could send it to his owner but it was very difficult to get a picture without a pony's face in it. You can see why! You can have the world's biggest ego or indeed the smallest but it is the ponies that decide whether you're going to succeed or not. I don't flatter myself that Piglet wants to be with me - it's food and choice that has made the ultimate difference in his case. I'm thrilled to bits with this pony today. 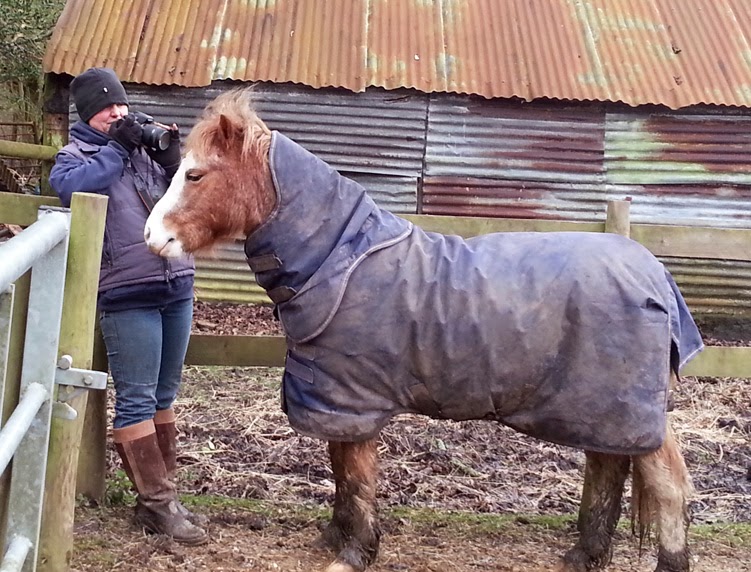 "Oh my goodness, I never thought I'd see him approaching people let alone standing for his rug and halter to go on and being led. And in a week! What a brave little man that's incredible!" DB 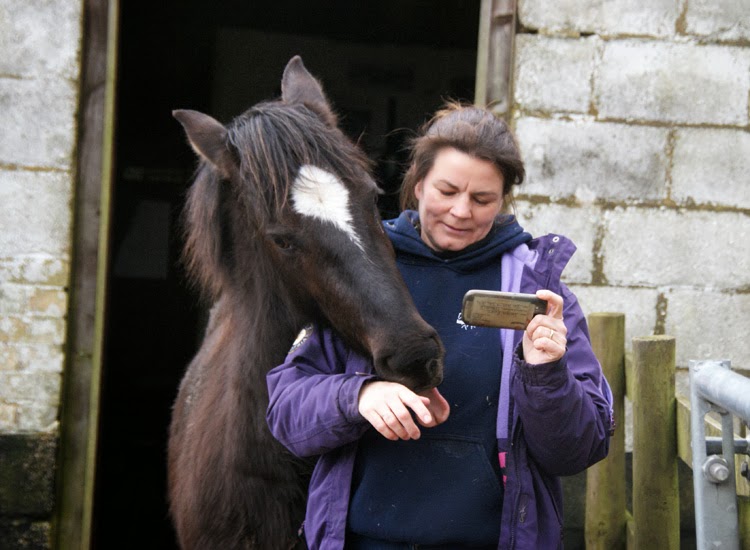 I was not the only one to have the undivided attention of a pony. 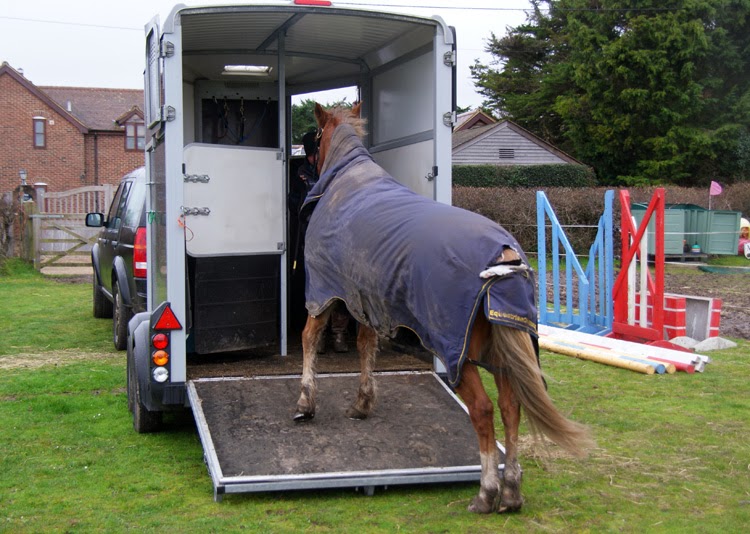 Back down at Emma's we did some loading practice with River today. He had rushed out of the trailer on one occasion and Emma was keen to make sure that he was happy going on and coming off the trailer. 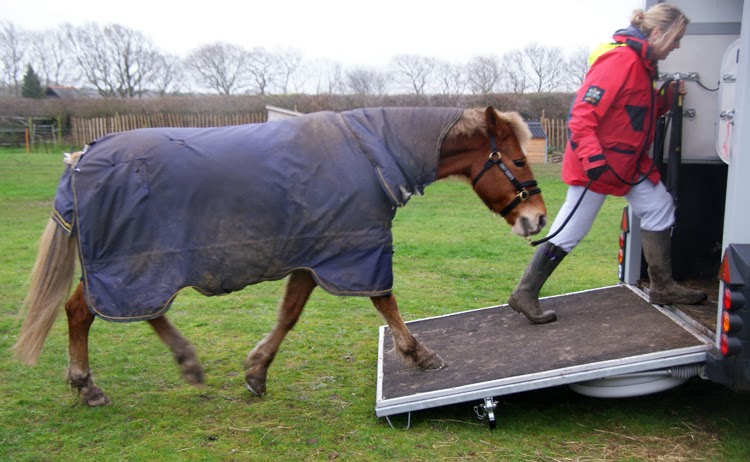 4.3.14: "Just done a practice run. Loaded perfectly. Really loved the haylage. Travelled very quietly and unloaded like a saint looking for a 50p. So pleased and thank you" EL
Posted by Loisaba Wildlife Conservancy at 7:38 PM