A small but significant breakthrough with Piglet again today. He chose to stay with us for a rub and a scratch instead of clickered treats; for the first time he is starting to see that being with humans might be pleasant and we might actually be useful.

Later, with five of us around, we played pass the Piglet again. We noticed that he wasn't so keen to go up to Sheila (IHRA) who was joining us for the first time. There appeared to be no technical issue and we worked out that it was her shushy coat that was putting him off. Instead of making her get undressed, we all donned shushy coats and started to desensitise him to those. I think we succeeded. 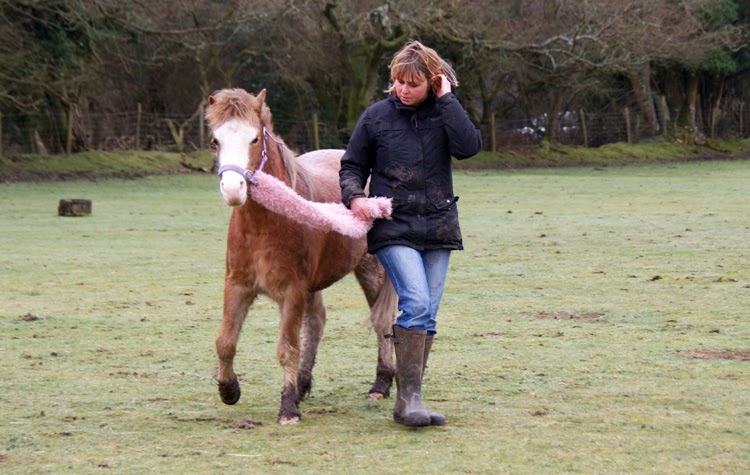 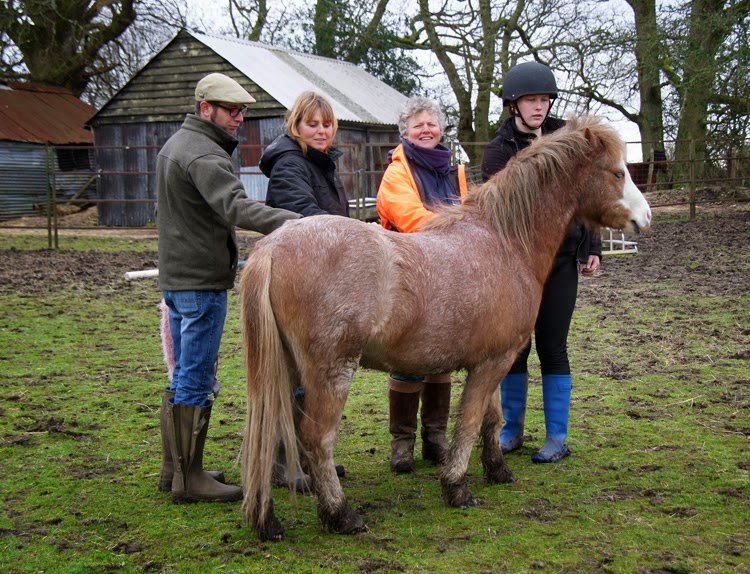 Nettle's third ride in a row and the reins are now on the bit rather than Dually. 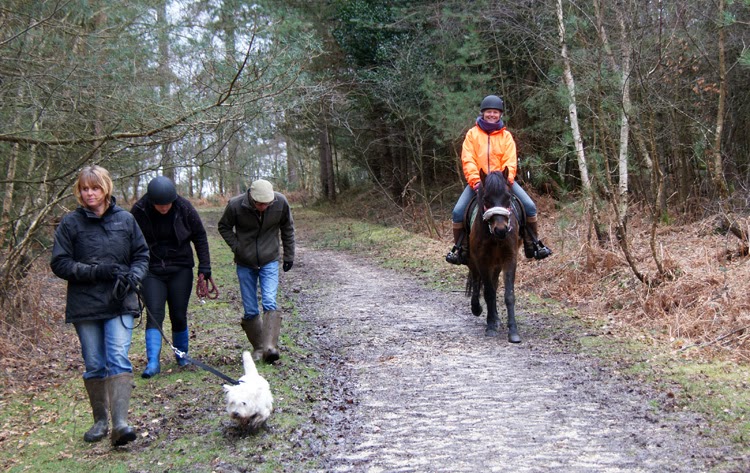