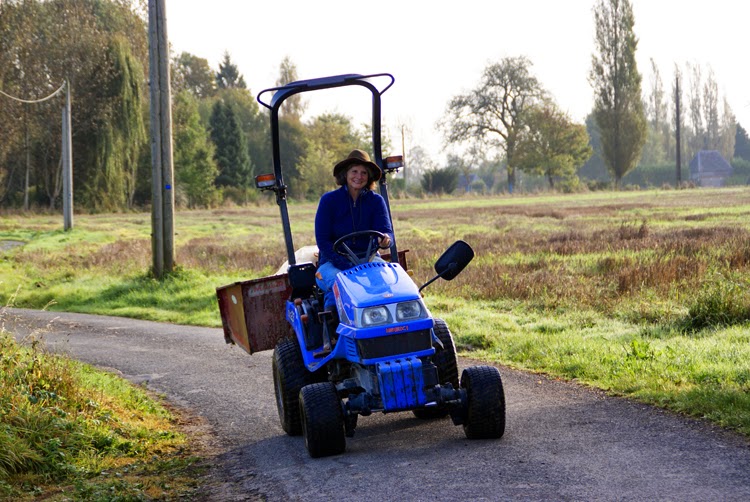 A gorgeous day in Normandy for a rendezvous with Joyce and her three horses, Oeffir, Izmir and Happy Heather. You'll recall that Happy Heather is one of several Exmoor ponies that lived out on a conservation project in Holland and were diverted from slaughter when they were no longer needed. Despite her narrow escape (of which she knows nothing of course) and a magnificent lifestyle, Happy Heather may have been mis-named as she spends a lot of time with her ears back looking decidedly grumpy.


We suspect that most of her ambivalence about being touched is because she has sweet itch but some of it is just plain instinct. The Boett rug has really helped to calm the sweet itch and her coat is beautiful.

I thought we could try long reining her which would allow her to go in straight lines as well as circles and eventually go out to migrate around the lanes and tracks which she loves.


Then it was time to get Joyce up to speed so I borrowed Izmir to be her teacher. Izmir is in his late teens and has never been long reined but he is a amenable soul.