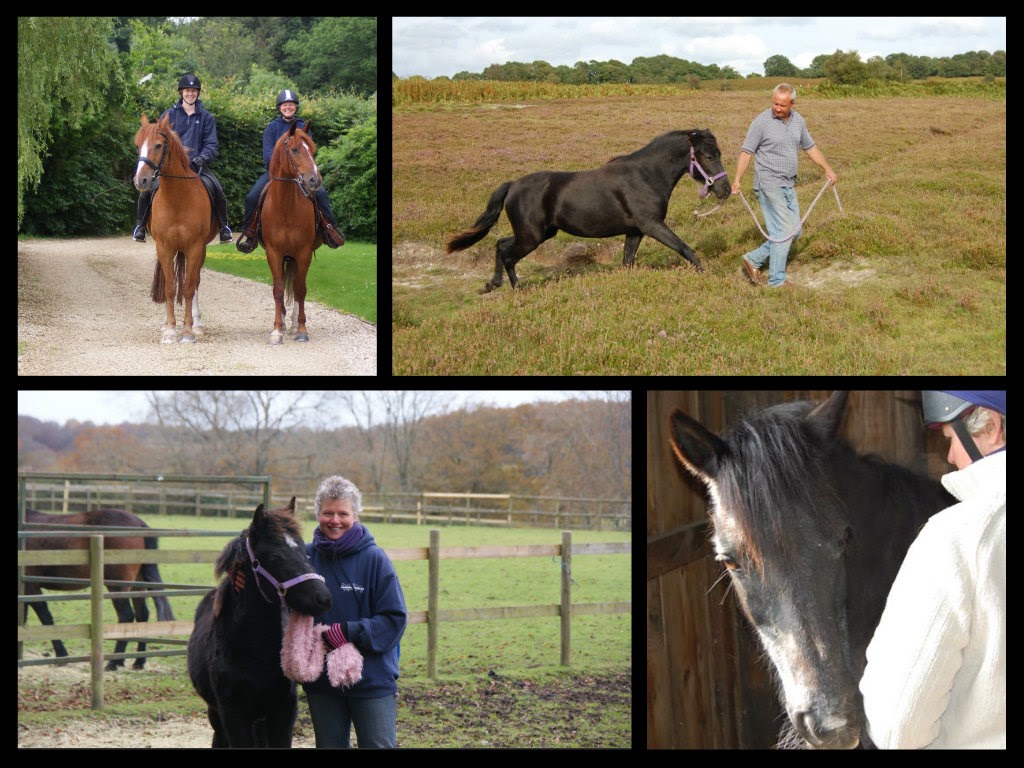 I'll admit that it seemed an odd thing to do to hold a 'party' for a horse that was due to be put to sleep in the afternoon but actually it felt absolutely right. Dear Hobbit, one of Theoden's friends, was 22 and had been with his owner for 15 years. He's had a fabulous life in very safe hands but recently his old body and some significant pain has caught up with him and another winter would have been really tough. Instead he had his last day out in the bright sunshine, being fed as many carrots, apples and Polos as he could bear to eat. Losing a horse and making that decision is horrendously difficult and these old horses take a stack of your archives with them when they go.

I am still in mourning too for Mary, an old girl off the Forest that friends of mine took to their hearts a good few years ago and brought her into their fields to live out her days. Still very wild she enjoyed human company and tolerated touch when it was needed for the essentials.

It is equally difficult and very sad when young horses die. Lark, who featured with me in the Horse and Country footage at Christmas last year, succumbed to the strangles that has been going about in the South for the Forest having been turned out by her new owners. Mary's daughter, Lily, that I also halter trained a few years ago was the victim of a hit and run accident on the Forest during this last week.
Posted by Loisaba Wildlife Conservancy at 6:49 PM