Looks like I have renewed my membership of the Insy Winsy Spider Club, once again dodging the rain clouds. I don't miss my office job but one of these days I might just wander down to the Law Courts to see how things are going. It's been ten years since I got out and I have never regretted leaving.

Over the years I have worked with some delightful people and some fantastic horses - even horses with problems are fantastic horses. One or two clients however have been, to be honest, a menace. One had me out for their horse that wouldn't accept a headcollar and after I'd made really good progress raved about my work all over Facebook. However, they cancelled the next appointment claiming that a family member had died and subsequently I learned that they had gone to another trainer. They then sang the praises of that trainer even though it took them nigh on a year to do the work that I could have done in just a few sessions. Not only that, but every time anyone asked for their opinion as to who they should have out, they shouted this new trainer's name from the rooftops. It now appears that they feel that that trainer and a subsequent one that they were praising to high heaven have let them down and they're now at the last chance saloon with another trainer. Of course the same pattern is being repeated and this new trainer is being heralded as the greatest horseperson on earth. All very well except I have pictures of a horse that they almost starved to death while it was with them. It's very easy to be accused of professional jealousy when saying things like this but I have always given support and credit to those people that I think are good; at least three of the current IHRAs for example, are people that I have helped and occasionally pushed to get on with their training because I believed that they would make good horse trainers.

On the same note there is now a book out by a horse trainer who talks about their love and empathy for horses at the same time as calling some of them 'it' and a 'bastard'. I think the way that people talk about horses often reveals how they really feel about them. The book goes on to describe tying horses' legs up with a stirrup leather and then running them in the round pen and also forcing them to lie down and be walked upon. I just wonder what people would think if I turned up and said that this was the way I intended to work with their beloved horse! If your trainer relies on these heavy handed, outdated, techniques, please ditch them! 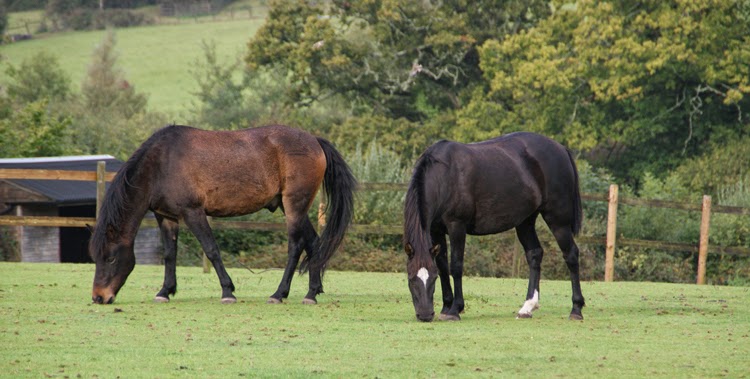 We're going to be making the most of the winter weather to get weight off Indiana who now has a real cook's bottom. It doesn't help that Nettles' way of dealing with teething is to trim her tail which only accentuates her curves. 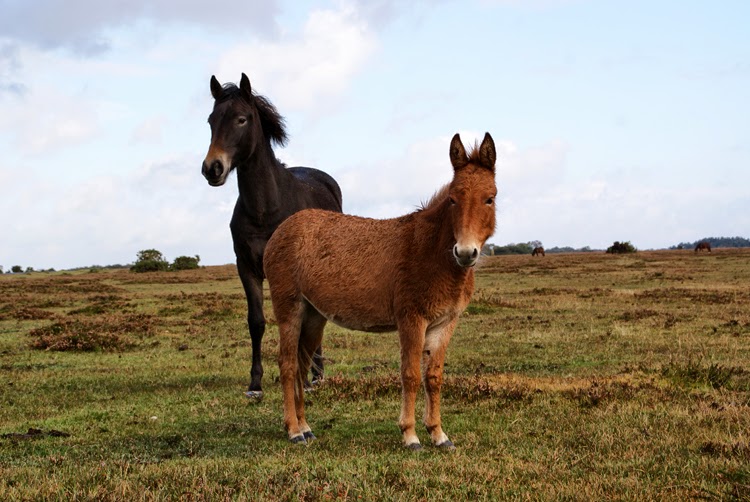 Out on the Forest the little red mule is around again. She needs her feet doing and I don't envy anyone that job although I would volunteer to train her if asked. 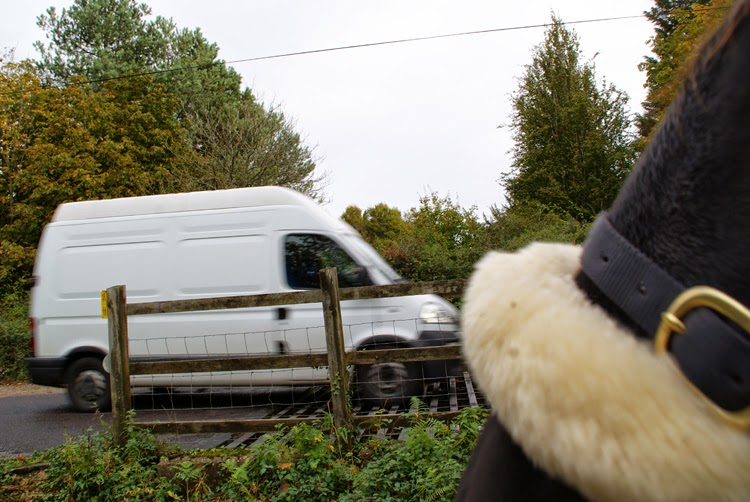 Kestrel has been out and about again. With our head photographer missing, I've got some artistic shots. Here we are watching traffic go by on the cattle grid. Boring! 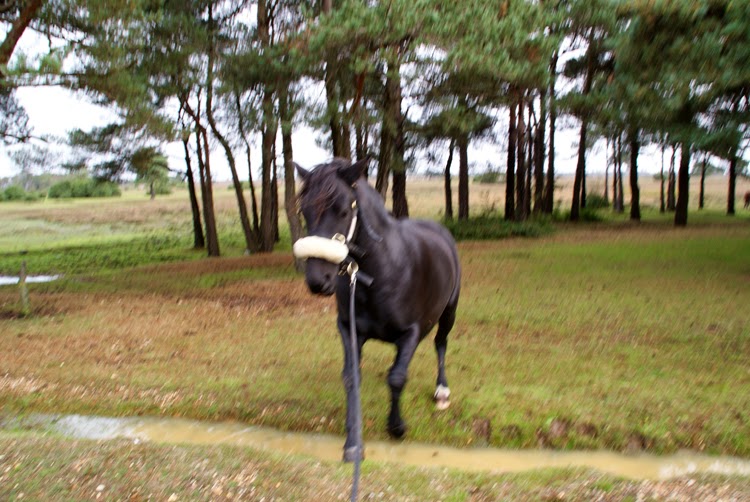 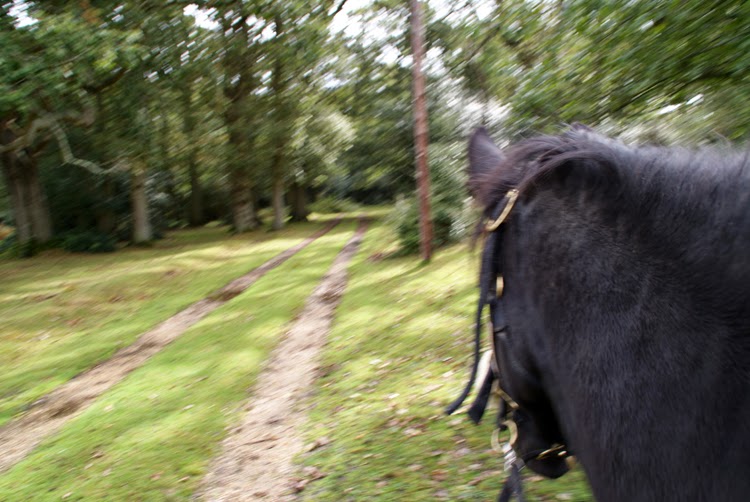 ...and being short reined home.

Short reining as a third way of directing a horse on the ground is really useful for showing up those dips in confidence that you wouldn't necessarily see when leading at the head or driving from behind. It gives you a clearer picture of how the horse might be feeling under saddle.