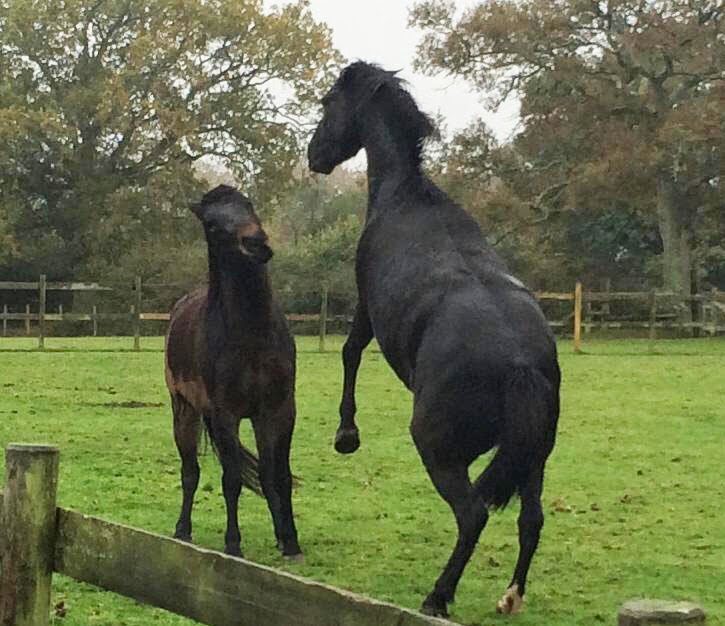 Leaving my own horses to play in the rain today (although these are Charly's), it was time to meet a new customer and yet another horse with a really moving story. Champ was owned by the travellers and spent two years tethered by a very heavy chain on a piece of land. His new owners, who hadn't had horses for over a decade, managed to buy him and moved him straight away. Only then did they discover he was entire. Gelded at 7, he's used to asking the girls a LOT of questions. He comes bouncing out of his field expecting to meet his next conquest and influencing everyone and everything around him. Surprisingly, but brilliantly, he has been started under saddle and is ridden a few times a week, taking some of the energy and exuberance out of him but he is still completely instinctive and fairly untrained on the ground. Like all stallions he has to be prepared to be persistent since mares will say no to his advances for three weeks and then say yes. This means you have to have quite a bit of stamina as well as clarity when answering his questions. 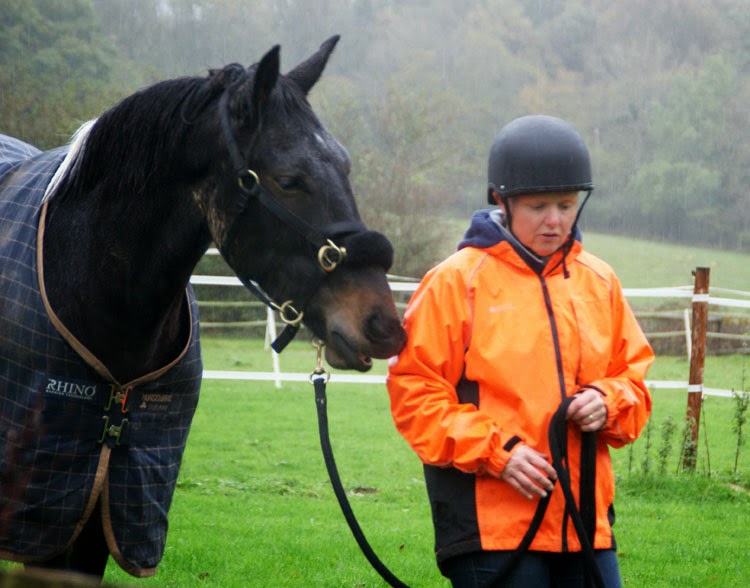 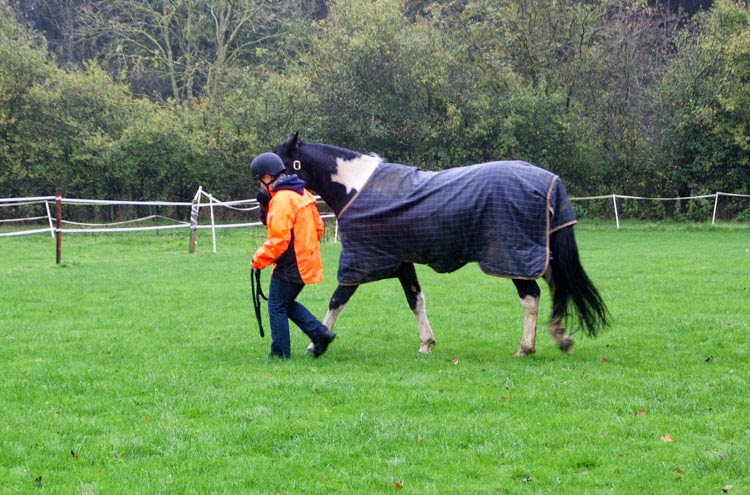 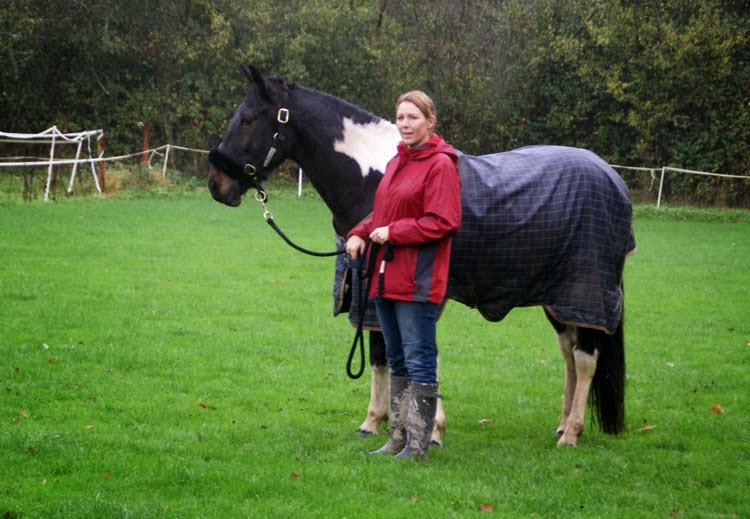 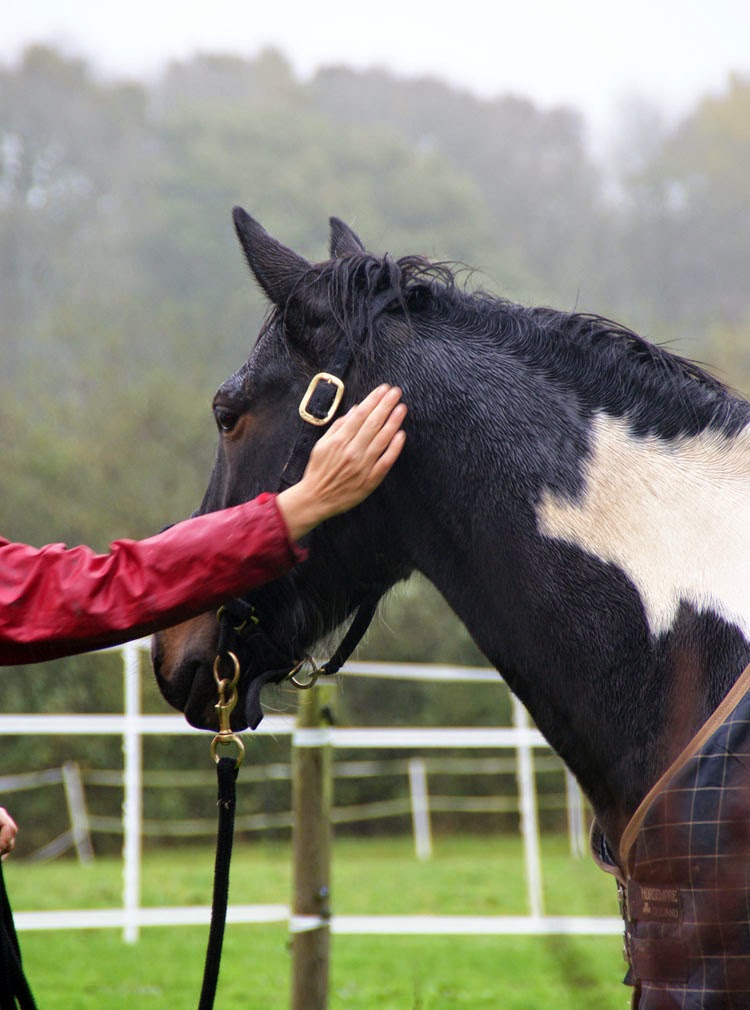 I am pleased to say that we made a significant in road into his behaviour today. I was able to establish some body space and to lessen the risk of people getting bitten. I also started his leading work and got him working without trying to bite or to press into people with his shoulder. In time he was walking when we walked and stopping when we stopped and he was accepting a rewarding hand rather than a pat.

"It was so good to meet you too and we, and all of us at our yard, were very impressed with the way Champ responded to your methods. We will start in the morning with our practice." LW

Today's second horse, Tilly, has really grown up physically and mentally since I last met her. An Appaloosa cross Cob, she is now three and a half and has fabulous manners. Her owner, Tasha, has taken everything I said in just one session and put it to use ever since. She has expanded Tilly's life incrementally ever since so that she goes out for walks on the road with another horse, meets traffic and has been to a show.

Our session today was more for Tasha's Mum who looks after Tilly some of the time and just wanted to top up her groundwork skills and work with the Dually halter. It was all very straightforward and now all she needs is more hours and more mileage to build up their joint confidence. 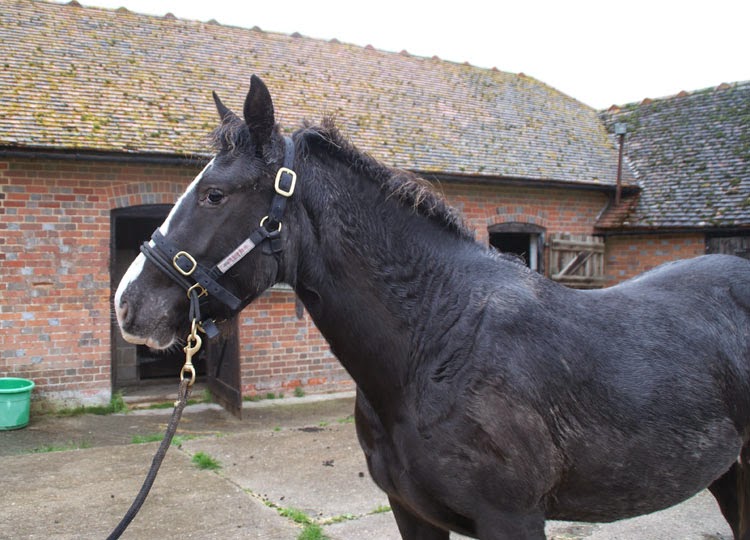 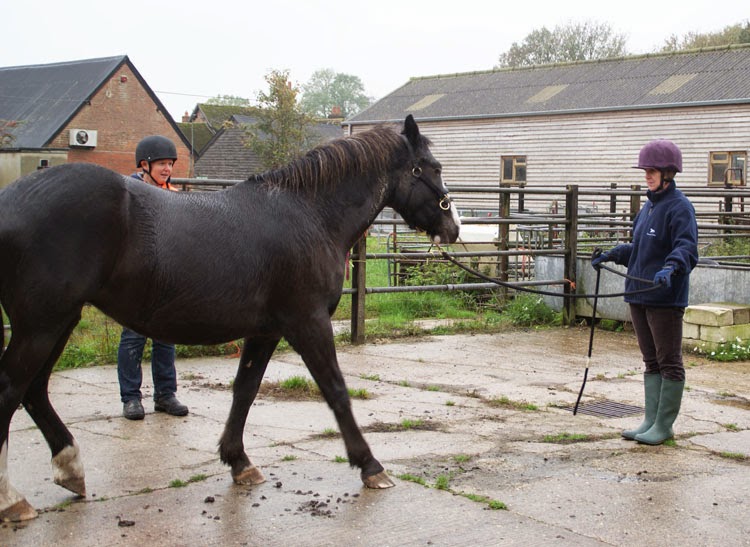 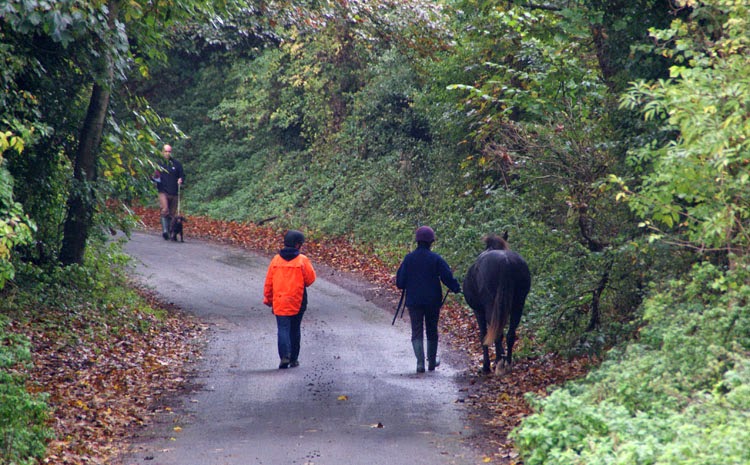 "Many thanks for today Sarah, I feel so much more confident about taking her out for a stroll " SP
Posted by Loisaba Wildlife Conservancy at 5:15 PM