Immediately into the thick of it with a horse that isn't very happy travelling this morning. On the least occasion that she went out in the horsebox she reared on the way home putting her feet up onto the top of the tack locker and cut both of her fetlocks. It was touch and go whether she would load again but with gentle IH plus clickered rewards she was soon going in and out albeit that she was very uneasy in the box. It was a good opportuniuty to discuss with the owner all of those design issues that have been giving me brain ache over the last week or so. Certainly in this case it was difficult to know what to do for the best since giving her more room allows her to build up more energy but containing her seems to upset her even more. We can't easily make provision for her to be able to lower her head since the in built tack locker goes all along one wall. We need to work on getting her a lot more relaxed in the box and then experiment to see if we can make her more comfortable and still safe.

Kestrel was really striding out when we took him out short reining again this afternoon. Up at the Moonhills car park we had a little surprise for him since Tracey had brought her childrens' pushchair with her to do its duty as a pony trainer. 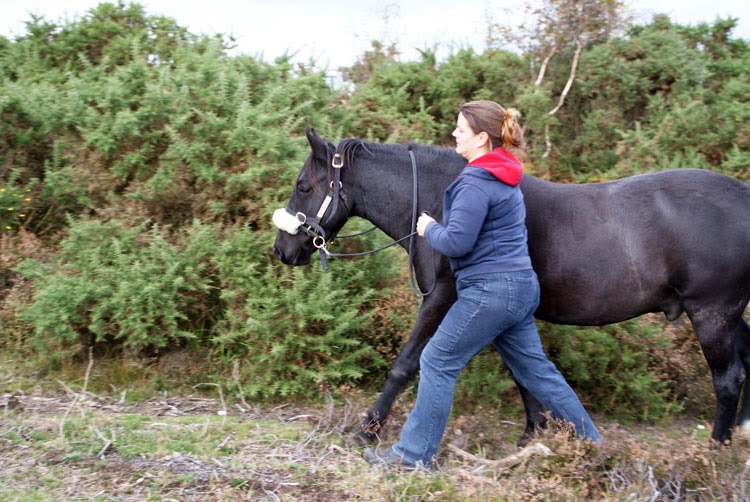 He had no fear of following at all... 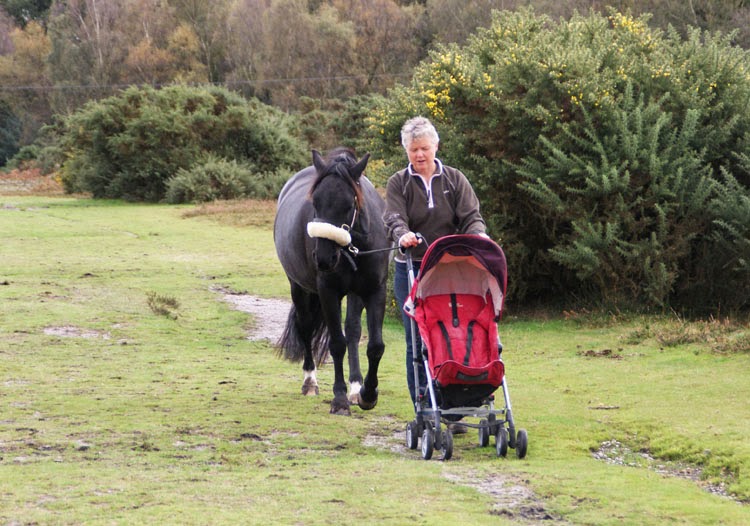 But when we hid it behind a bush it did stop him in his tracks... 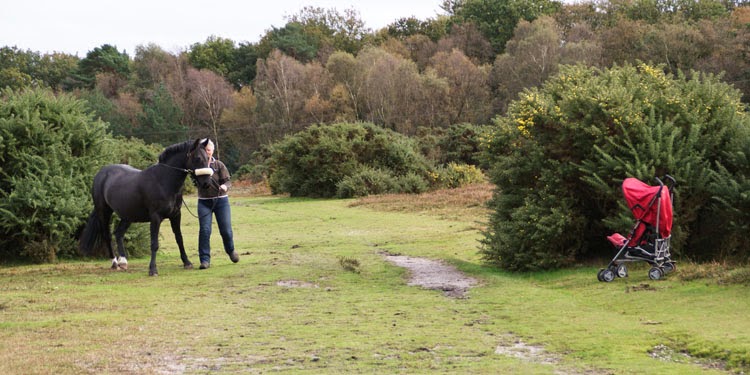 Repeated fly pasts meant that he got braver and braver about it (note I short rein so that I am beteween him and 'the thing' at the moment). On the way home it followed him, overtook him, turned round and went by him on numerous occasions and he was fine with it trundling around. 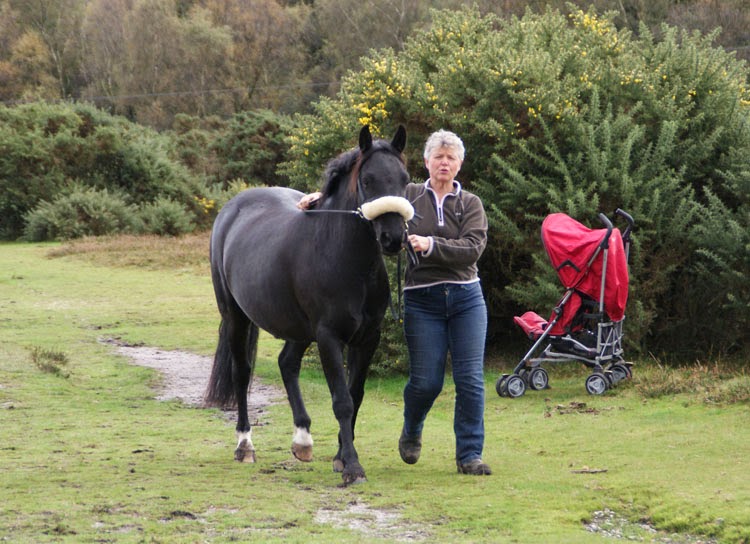 Ollie wonders what we've done with the baby. 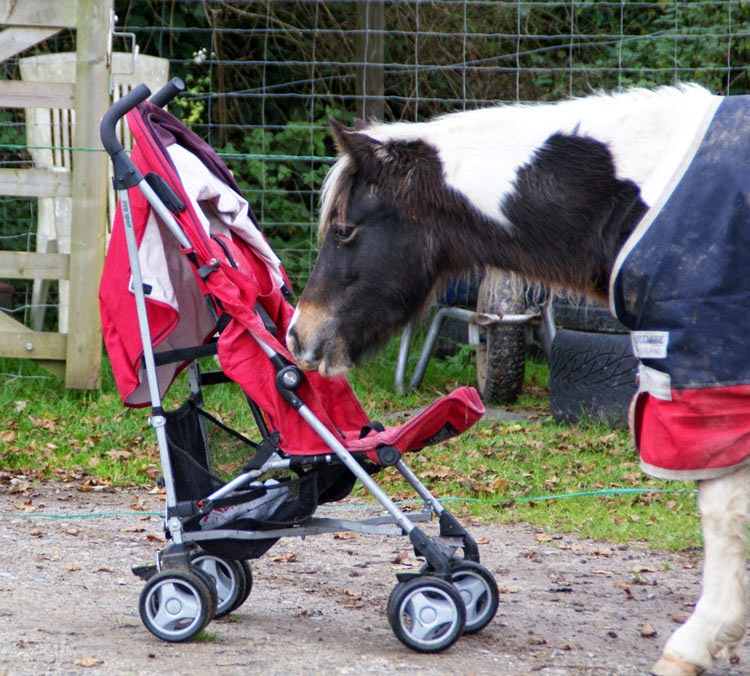 "You are absolutely brilliant!!!! We are both so lucky that you are working with Kestrel." YS
Posted by Loisaba Wildlife Conservancy at 7:38 PM