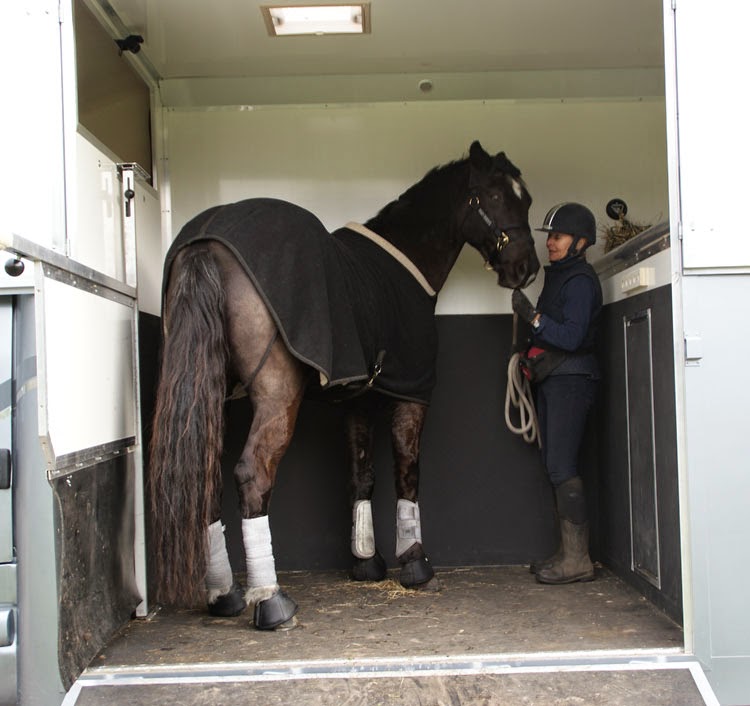 You could think that Lenki has made no progress since the last time I worked with him - that's partly because my willing photographer was not available yesterday - but in fact we are making significant and magnificent strides. Last week Lenki was much happier just standing in the box but an attempt to move the partition had him forcing his way out. Instead we concentrated on just asking him to spend time in the lorry, sheltering in part from the rain!

Yesterday I spent time moving him around the box, backing him up a tiny, showing him that he does have space to move. Then I moved the partition again but just one inch, then two, then six, then a foot and then two feet and so on until we were three-quarters of the way across the entrance to the box. At first he did a slow piaffe and looked very worried but by repeating it over and over again, taking him out of the box at intervals, we got to the point where he would stand quietly, accepting his clickered treats. 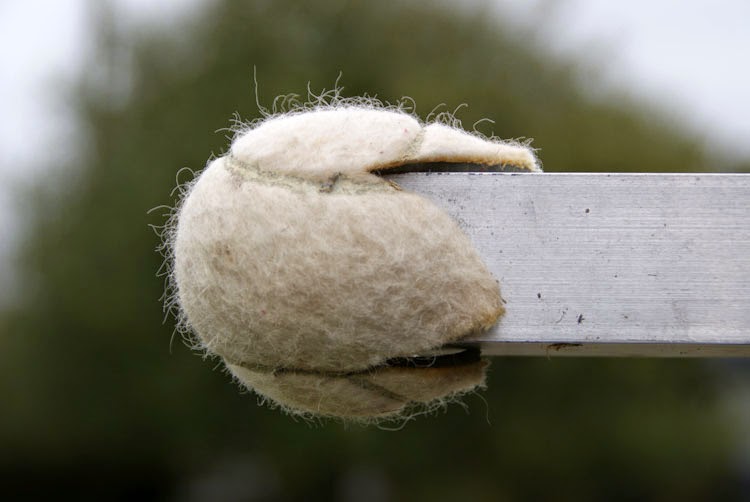 Here is the tennis ball that has been sacrificed in order to protect Lenki from the pointy bit at the end of the partition.
Posted by Loisaba Wildlife Conservancy at 11:03 AM