2014 was another terrible year for animal deaths on the New Forest. Looking at the statistics from March onwards only, there have been 33 pony deaths including foals. Many were wearing reflective collars. Many were left so badly injured that they had to be destroyed by the agisters once they were found. Too many were hit and run. 8 donkeys have been killed (3 in one accident), 12 cows and 1 mule. It's sickening. 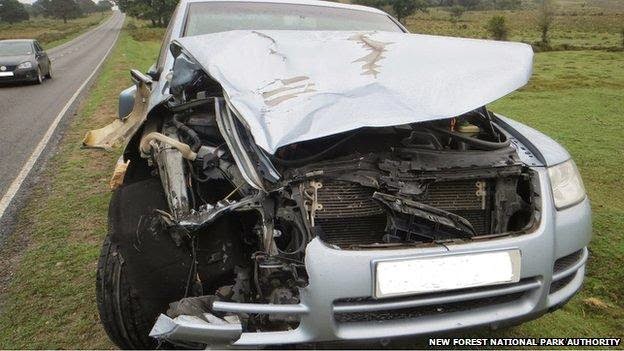 The police have begun a new intiative, checking the speed of cars at dawn and dusk with new camera quipment. Hundreds and hundreds of people have been caught speeding. The forty mile an hour speed restriction is a limit not a target and people need to drive much more slowly at night when the lights of oncoming cars can be dazzling rather than simply crossing their fingers that there will be nothing standing in their way while they are literally blinded by the light.

People suggest changes such as speed bumps and chicanes, and more signs but there are hundreds of miles of roads criss-crossing the Forest and human habitation throughout. It's not a case of locking everyone out of the Forest at night, banning them from going anywhere!

We need to campaign for 30 mph at night. We also need to change people's attitudes and get the message out on social media The animals are doing a job of conservation on the New Forest and we need to conserve them.

Dedicated resource to reduce animal accidents on roads in the New Forest.

From the first of October [2014], one of Hampshire Constabulary’s speed enforcement officers who’s dedicated to the New Forest, will be using new technology, effective at night, to concentrate on reducing animal related accidents as the nights become longer.

Concerned at the number of commoners’ livestock killed or injured on the unfenced roads across the Forest, the New Forest Commoners’ Defence Association has developed a project in partnership with the New Forest Verderers and Agisters and Hampshire Police to highlight the dangers on key routes through the forest, especially at dusk and dawn. The speed enforcement officer will primarily work on routes which have been identified due to human casualties or animal deaths in the past.

In 2013 seventy two animals were killed in road traffic collisions in the New Forest, a further thirty two were injured. It’s hoped that the number of driver casualties and animals that are killed or injured will be reduced this year with the introduction of this new initiative.

Alongside speed enforcement Hampshire Constabulary will:
• Address the issue during driver awareness training sessions.
• Continue to use the Country Watch exhibition trailer to display animal accident information.
• Distribute questionnaires to drivers who have been involved in accidents. The speed enforcement officer who will be dedicated to accident hot spots in the New Forest said: “I’m delighted that by working in partnership with the Commoners’ Defence Association,Verderers and Agisters we are able to provide a dedicated resource to tackle this serious issue in the New Forest.” 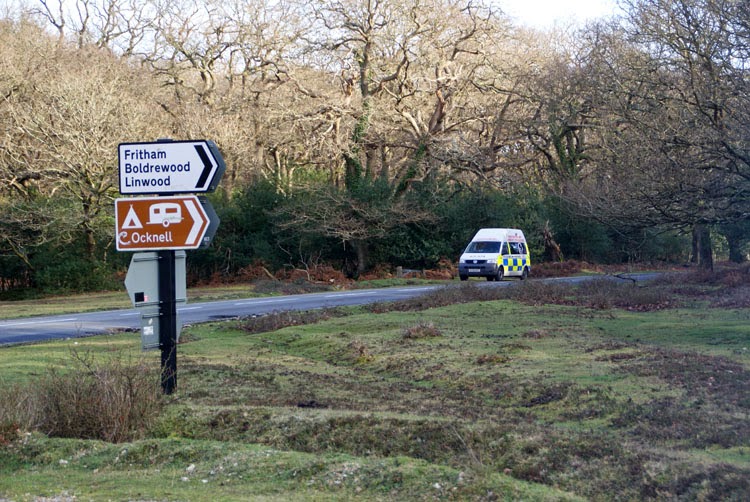 Jonathan Gerrelli, Head Agister and a Commoner said that “Autumn is an especially important time of year as it gets dark earlier and some drivers may not realise that the risk of accidents involving animals on rural roads will increase because of that.”

What can you do?
Drivers can avoid collisions involving animals on roads in the New Forest by:
• Taking note of warning signs.
• Keeping your speed down – It’s forty for a reason in areas like the New Forest .And being prepared to reduce your speed according to the visibility.
• Being especially aware at dusk and dawn and keeping an eye out for more than one animal crossing the road at a time.
• Using headlights on high beam if there is no oncoming traffic and dipping them quickly when oncoming traffic appears.

If you see an animal which looks ill, is injured, or in distress you should report it as soon as possible, giving: a clear description of the animal, what you think may be wrong with it, where you saw it and at what time. During working hours you should telephone the Verderers' Office on 02380 282052. If you are unable to obtain a reply, please try the Forestry Commission on 02380 283141. The Forestry Commission line is answered 24 hours a day. If you don't get an answer from either of these numbers and the situation is urgent, please call the Police on either 999 or 08450 454545 and ask the call taker to contact an Agister.
Posted by Loisaba Wildlife Conservancy at 10:10 AM