Work is so fulfilling that I really don't mind working on my birthday. I had been looking forward to meeting this morning's new client for a few weeks: an Arabian that doesn't want to be caught. Dina's owner told me that she has been having difficulty catching her for six years and she has tried everything she can think of.

Rather than engaging with her 'no' in the middle of a large field, I wanted to work on this problem from completely the opposite angle, teaching Dina how to catch people. I started off in the stable teaching her the link between touching (and being touched by) the headcollar and a click and a treat. It was fascinating watching how at first she would lift her head up to make sure she didn't touch the headcollar as she moved her head from one side to the other - up, across, down, up, across, down.

At first Dina was rather disconnected, listening out for all the noises and activities going on behind her stable. I talked to her owner about how it is so important not to feed into her emotions and to just stay calm and focussed on what you are doing.

The first breakthrough came when I started to put her headcollar on in a different way; she seemed to like this much more and perhaps it didn't remind her of the time when it had gone wrong in the past. 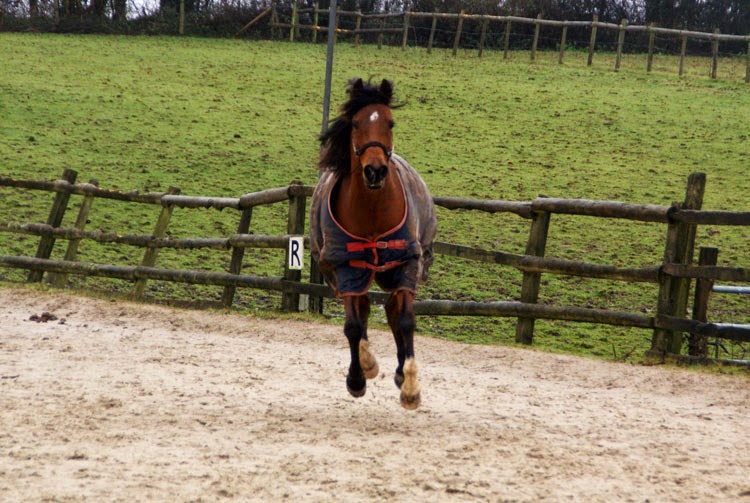 Although she wasn't totally switched on to the clicker training, we decided to take the plunge and to see what would happen if we did the same thing in the outdoor school. We put the Fieldsafe headcollar on as a precaution in case we just needed to take hold of something, anything, if she wouldn't be caught. For a short while she galloped around the arena (which she hasn't been out in for almost a year) and I thought we didn't stand a chance, bearing in mind that she had been in all night too.

Then there was a second positive breakthrough. As she came cantering by she glanced at me for which I gave her a click. She swerved around and came straight to me. Three clicks and a treat for that! I gently took hold of her Fieldsafe and then let her go again. 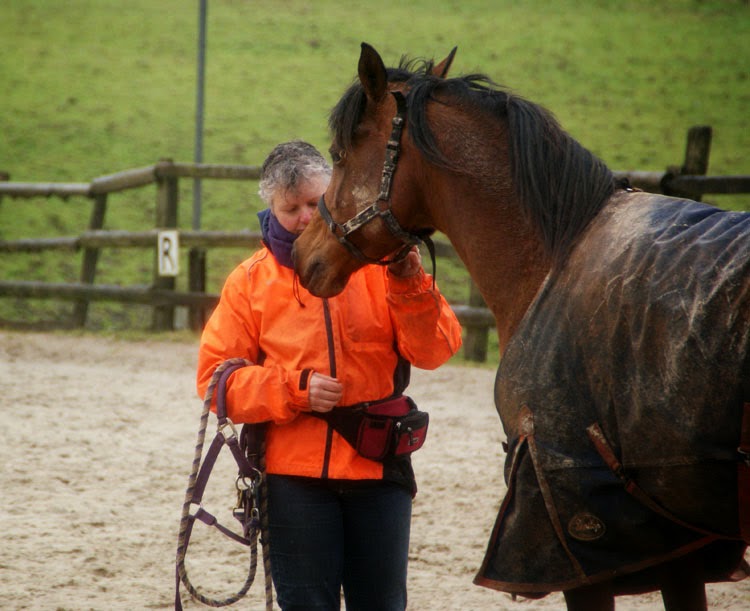 After that it was a case of repeat, repeat, repeat and I began to put her normal headcollar on over the Fieldsafe using the same clickered stages as in the stable. 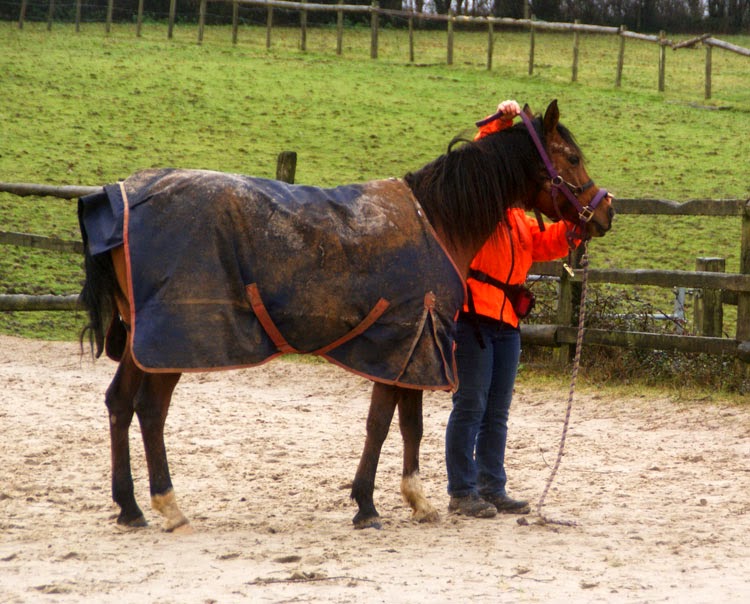 After that her owner followed suit, catching her easily time after time. Dina was also happy to follow her loose around the school at walk and trot. Everything is not done and dusted yet but hopefully we've set up a pattern and undermined another. 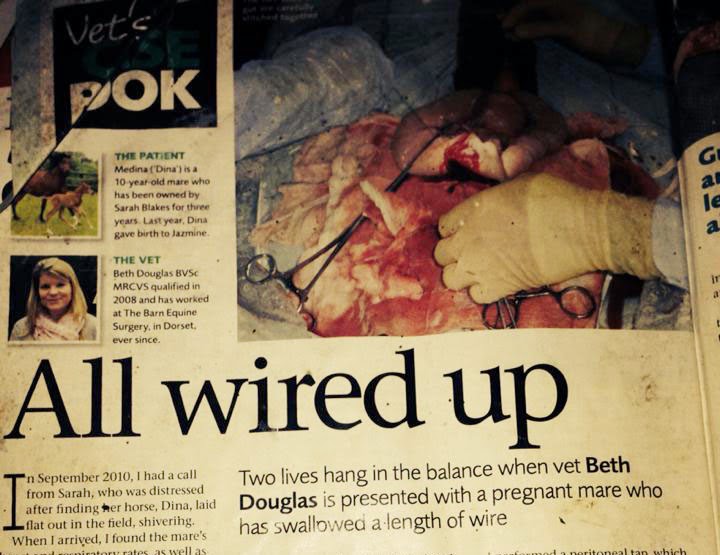 Most of the horses I meet tend to have an interesting history of some kind. Poor Dina swallowed some wire from a Chinese Lantern when she was pregnant with her foal, Jazmine. Fortunately she survived the surgery that followed but it could have easily been a different outcome from both of them. This is not the sort of fame you want in Horse and Hound!

"Practiced in her stable tonight. She went to hide her head in the corner as she does if you let her go and then try to catch her again, but I looked at her ears and clicked when she put her ear in my direction and got her back. Normally I've had to give up when she's done the head in the corner trick in her stable, as have other people. Sadly, when she's stressed like that she can't be trusted not to kick out making it dangerous to continue. She's had days where she's not been turned out, she's had nights with her rug only half done up. This is going to make so much difference to us. Thank you. X " 7.1.15 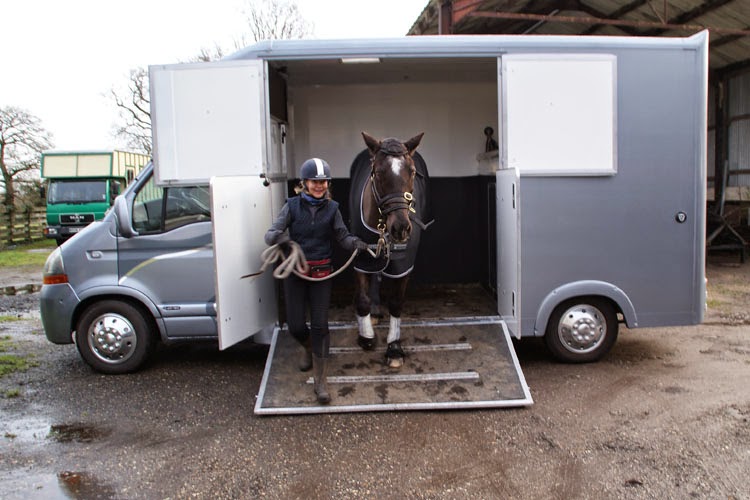 And finally for today, a happy Rosy and Lenki leaving their box after another journey out on the roads. Rosy describes driving the box as being in charge of a stately galleon! Firtunately the seas were very calm. It won't be long before I am not needed here - our next journey is to a different venue where Lenki will do some work before being loaded to come home again.


"I thought Lenki would never go in his lorry without a fight or safely let alone actually go anywhere without having a nervous breakdown.  It looked like the lorry was just not going anywhere with Lenki in it.  But now- totally thanks to you, Sarah - Lenki and I are good to go and come home of course (we'll find that one out on Friday!)  Thank you SO much." RMcV