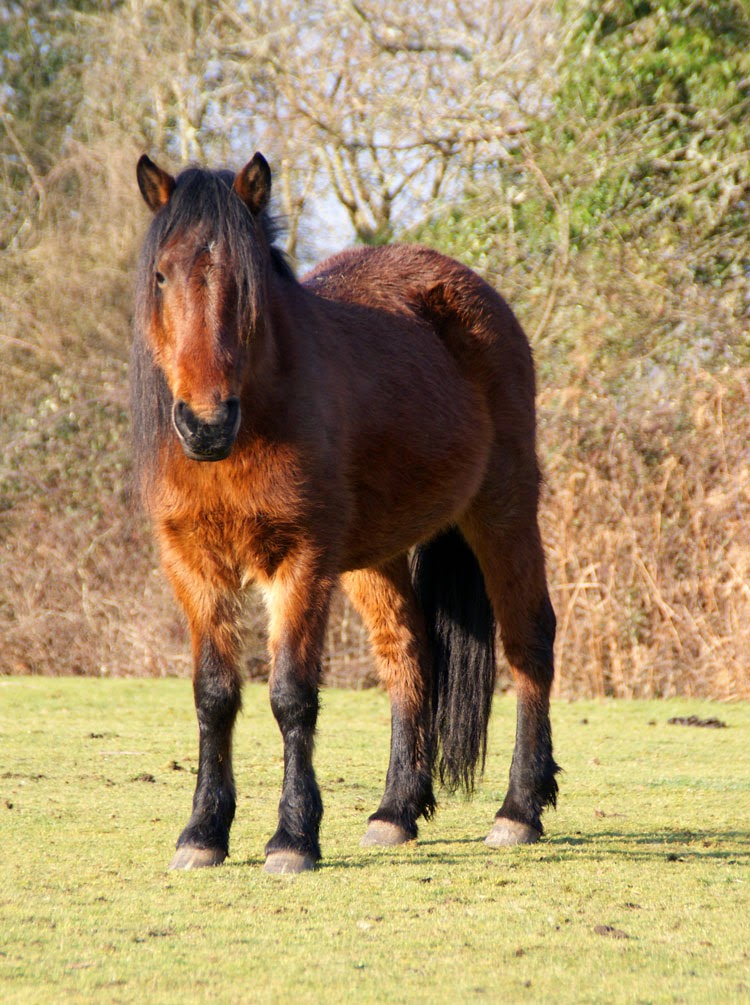 Arrived at the fields to find lots of ponies sunbathing outside on a gorgeous day. 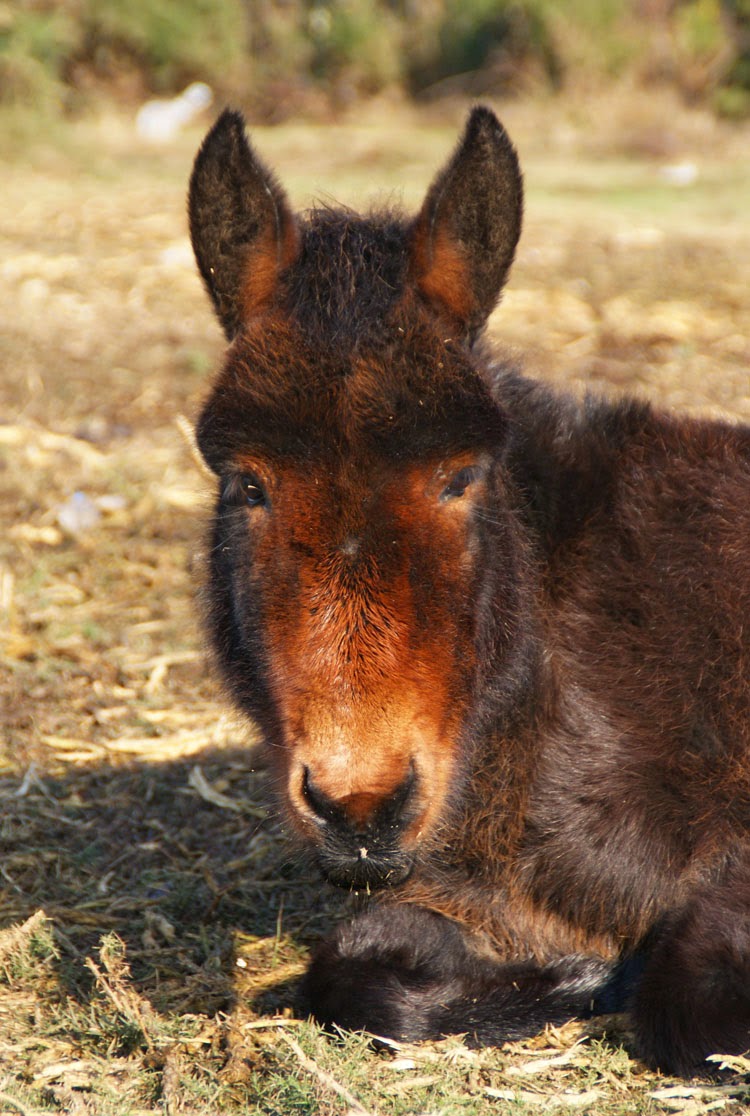 Down near Brockenhurst we saw this woolly mule also sitting in the sunshine on an area of cut gorse.

This was a follow up appointment for Anne and Bluebell. We worked on asking Bluebell to soften to the bit on the long reins first of all and then whilst being ridden. Like me Anne has been allergic to taking a contact with her pony having rejected the idea that you have to have 2lbs of weight down each rein and a constant contact. This has enabled Bluebell to keep control of the bit and to make a few of the major decisions since every time she pushed through the reins she was able to take the bit off Anne. We have started to reverse this in the same way as I have done with Theoden, picking up the reins and asking for just one stride of softening, a little acknowledgement of the contact, before a release. Once she had got that, we were able to ask for two or three strides and in time we'll be able to ask for many more without taking up a strong and permanent contact. However it has already started to make a difference to her way of going and the level of communication between the two of them. 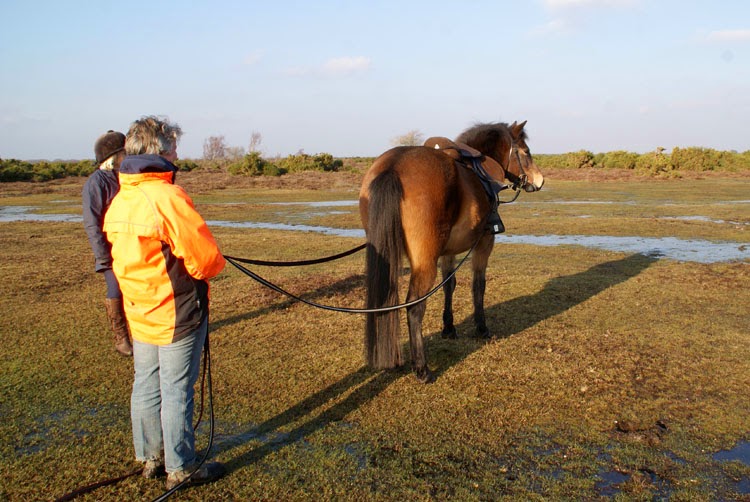 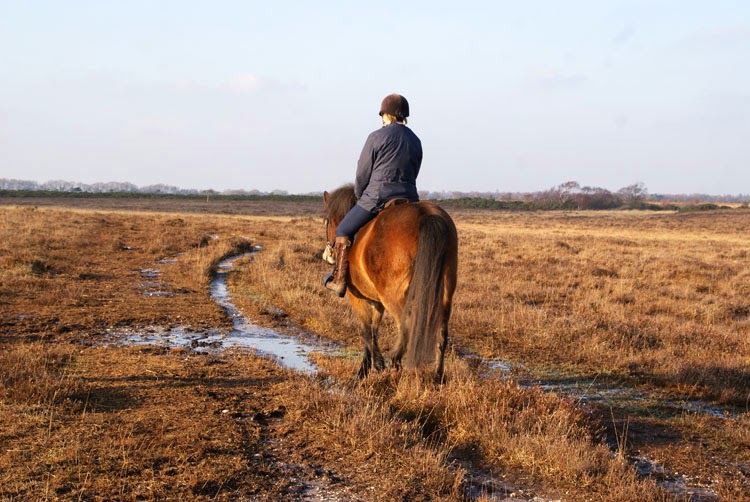 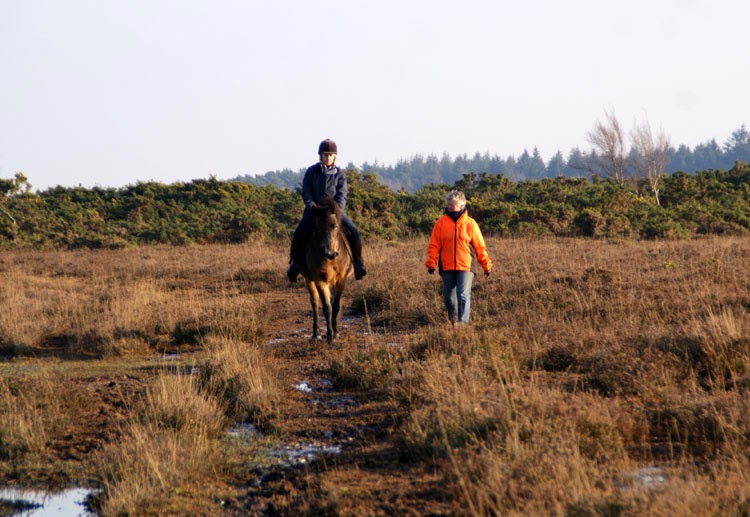