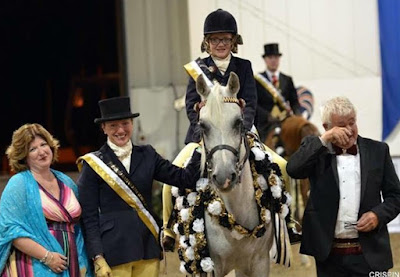 One of my favourite pictures ever was this one taken of Stephanie Zebedee’s Skipper (Eastworth Ahmoshini) at last year’s UK International Arabian Horse Show when her daughter, Amelia, then 11 years old,  won the Ridden Arabian Star Series 2015 Gold Championship. Against 48 adult finalists save for one other junior, they also won best veteran horse, best owner bred, best mare, and best junior rider! They got 98 out of a possible 100 points for the combination of conformation, type and ride. I was particularly moved by Grandad Stuart’s emotional reaction as we don’t get to see a lot of that when I am at their yard! To see their winning performance go to RASS Final.

Imagine my excitement then when I was offered a lesson on Skipper as a bonus for working with Crazy. 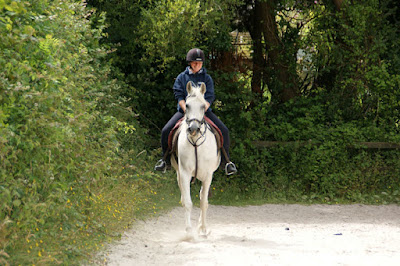 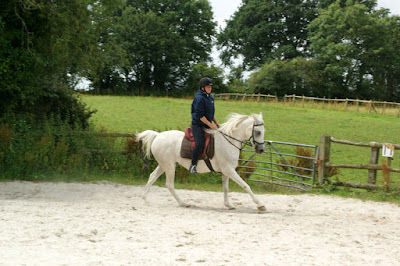 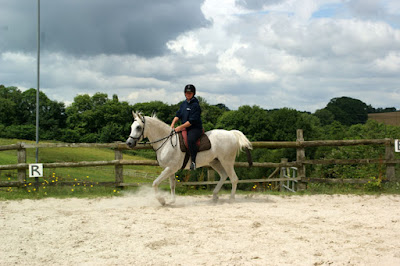 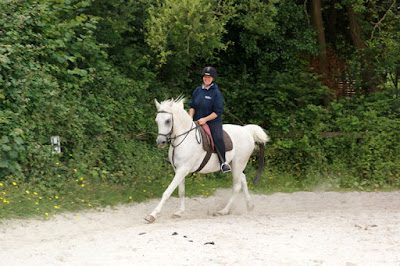 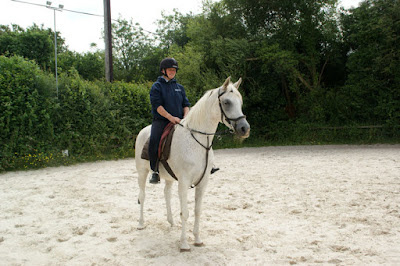 I have ridden in a Western saddle for so long that I have (purposely?) lost my jodhpurs and was loaned a pair by Tracey as I did want to be a bit of a credit to the horse.

Back to work and Zelda had a catch up session while Zoe counted her sick pay. 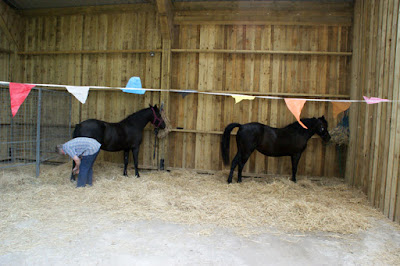 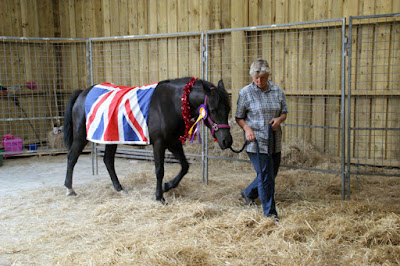 It's a lovely pony that helps you to tidy up before you go outside. 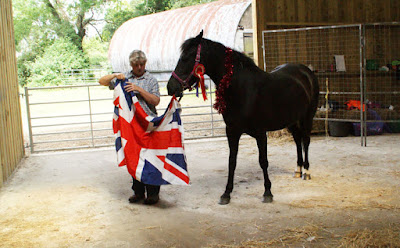 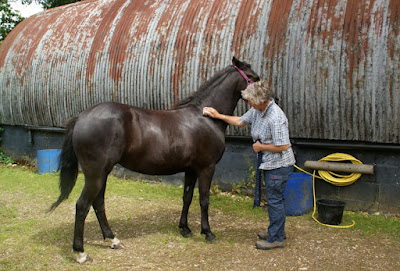 We've got work to do on this trot but this is a start. Zelda's instinct is to go backwards when she feels pressure on the lead rein. 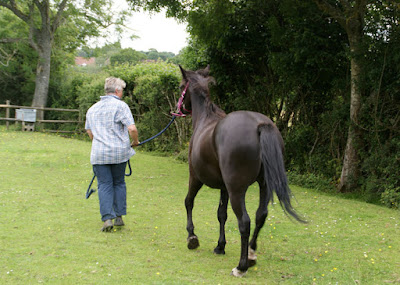 Henrietta is learning the same lesson. The key, is not to engage in a hard pull, but to be quietly insistent. Afterwards she had her left feet rasped proving that Saturday was not just a fluke. 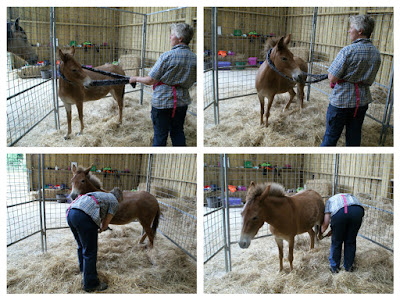