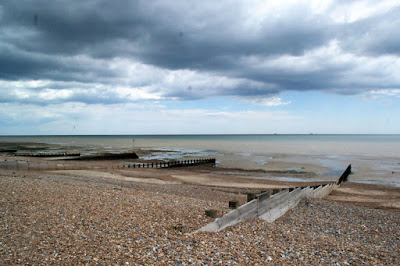 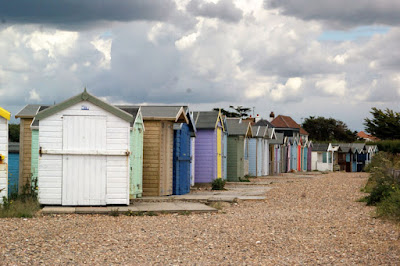 As it was a Wednesday of course we must be off to West Sussex to see an Exmoor pony, but instead of going along the motorway and turning right for Horsham, this time it was a turn to the right until we met the sea. I say 'we' but if your Chief Assistants, CD changers and gate openers are all busy doing trivial things such as School Sportsday, holidays or other work, then of course you might just be on your own. However, I had managed to conjure up an other pony angel for the day and an Exmoor expert and fan at that, Rachael.


Exmoor pony, Zebedee originally came from Adam Henson, who made a decision a few years ago not to have his ponies hot-branded as they were not going to live on the Moor itself. That however doesn't mean they escape any manhandling since registered ponies do have to be fully inspected by the Exmoor Pony Society and this entails a detailed examination of their mane, tail and the underside of all of their feet to ensure that they have no white hairs. Accordingly these unhandled ponies end up forcibly haltered and tied to something solid while this takes place. Zebedee was also gelded at some stage. So a so-called unhandled and seemingly raw pony has some pretty hellish contact with humans to look back on. It's easy to underestimate the effect of this handling on their psyche, albeit that it is seen as essential. Whilst it is important to move on, and to help them find a way forward, it is critical that a new owner take on board what their pony has been through in order to be able to go far enough back to take the first step.

Over the last eighteen months Zebedee has had the company of solid and very tame Exmoor pony, Sunny, who came to Gill through the RSPCA. Zebedee has had some training and more recently Gill has turned to my book, No Fear, No Force for help. Now three, Zebedee is not an easy subject since he is still convinced that at some stage the humans are going to grab him and eat him. So Gill has the Ferrari of semi-feral ponies to work with, and a more mature one at that. 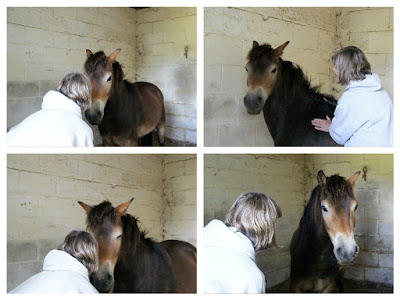 Today I needed to find an 'in' with Zebedee so that I could make as much progress as possible with Zebedee without creating any drama. Gill can handle his left hand side (his 'guard' side) with a feather duster and her hands but he will not allow hands near his face on the left hand side nor any contact with more vulnerable areas such as under the neck, tummy, or down any of his legs. Fortunately his feet, whilst ragged, are not too long and he may not need his feet trimmed for some time if ever. His right hand side has been completely off limits unless she has put her hands over his back from the left. 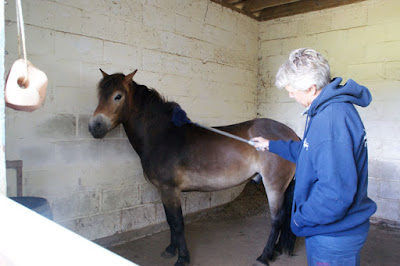 I started with the feather duster but, in order to leave Gill with something that will underline all of his training, and for a bit of variety to begin with (both were eventually combined), I also introduced clickered treats using just a tongue cluck to save having to have a clicker gadget as well as everything else in our hands. The clickering soon became my fairly standard one click to say "clicker is available", one click to say "keep on doing what you're doing" and three clicks together to say "job done". By the end of the day this clickered background to everything we did was pretty routine and importantly for Zebedee, predictable. 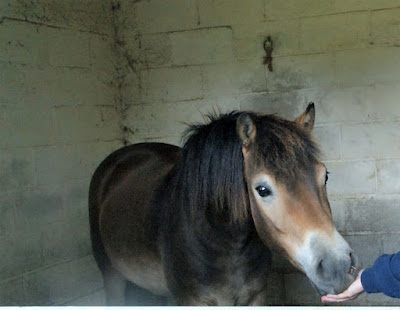 I was extremely pleased and surprised when Zebedee suddenly offered me his right hand side and , not only allow me to touch him with the feather duster, but to use my hand to caress his mane (using a light weight to gently pull it downwards in little bunches) to rub and then stroke his neck, and then to begin to caress his cheek. I am pretty sure that he is still sore in his TMJ from being tied up and so he was almost ecstatic when I began to massage this area with two fingers. I also began to touch his face and neck with the scarf. 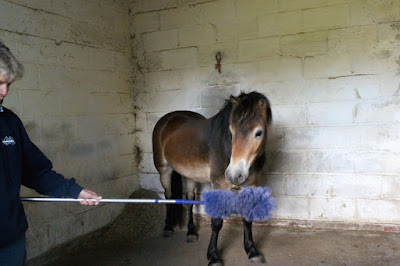 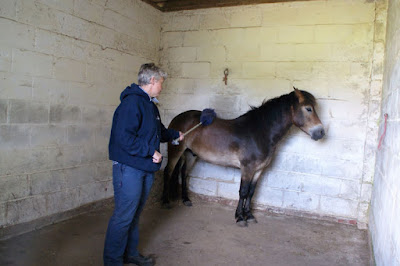 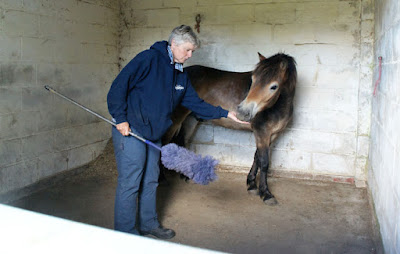 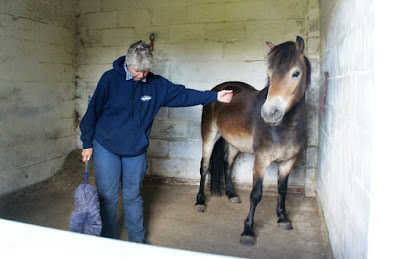 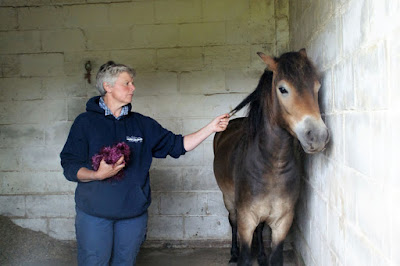 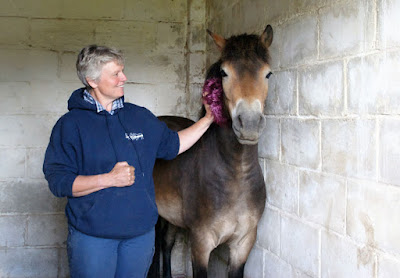 We finished the day with both sides touched, his face touched, and a start made on his hind legs.