One of those ominous moments when you start praying to God rather quickly, asking him, "Please don't tell me my horse is dead". Fortunately his ears were still twitching. 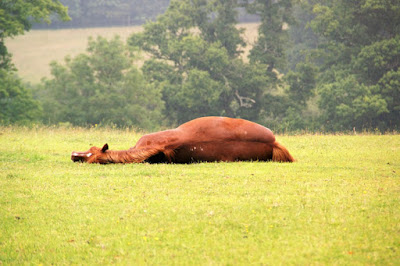 I'd ventured up the farm very early this morning in order to get most of my work done before the heat settled in. I took each of the Zeegees out on their own and, despite the fact that Petra was yelling "Haven't you read Animal Farm and what happens to Boxer?", they were both quite content to go out and about. 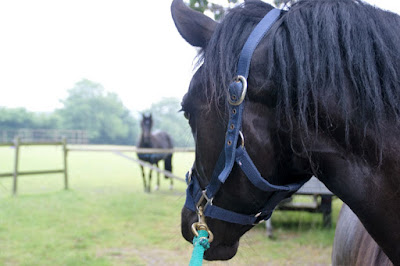 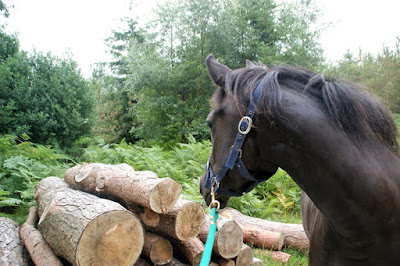 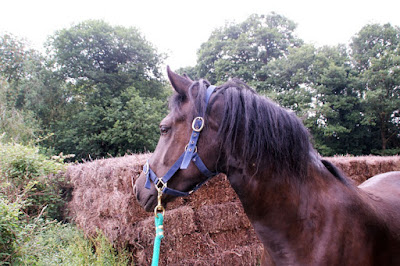 I asked Henrietta to babysit the one I left behind and to keep a close eye on them. Which she did (and not only that she has let me pick up and hold her front right foot from the right hand side today, and get as far down as her hock on the right rear.) 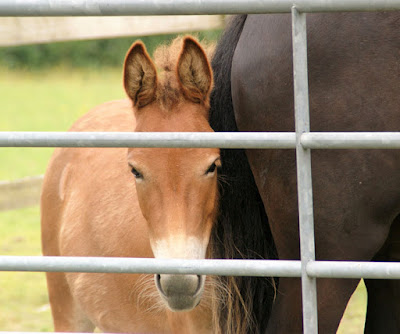 Just time for a nice ride before it became unbearable, stopping off at the water trough on the way home to have a drink with friends. 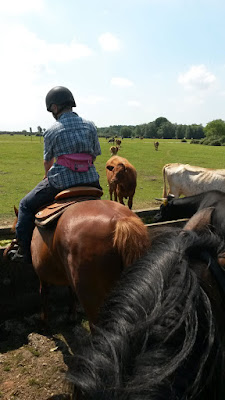 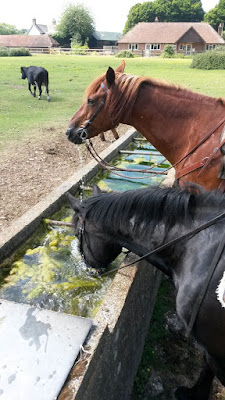 A quick shower for the riding horses...I'm not sure whether Théoden has ever been hosed before, and Bella certainly hasn't, but clickered treats meant that they were all willing to give it a try.

Last little outing, just to see a bit of traffic. The drivers all co-operated brilliantly in building them incrementally - a few little cars and then a massive lorry! Both were fine... 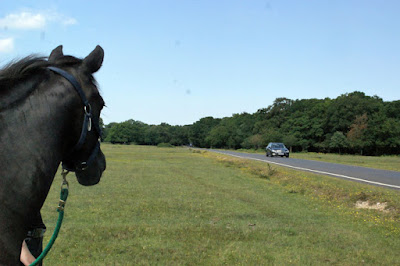 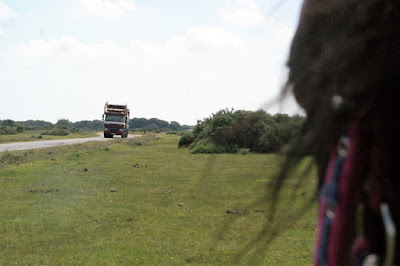 We took them up the mound on the green so that they could admire the cows and watch the ponies race to the water trough as their thirst reaches its limit. 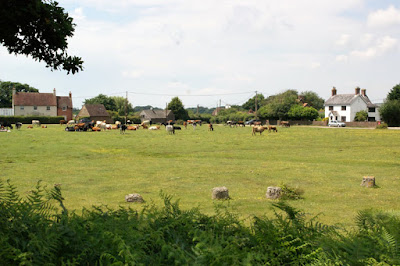 And finally we made the most of this training opportunity, 'chasing' a rather nice young man and his dumper truck down the lane (we had asked!). 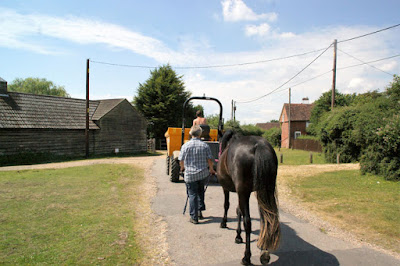