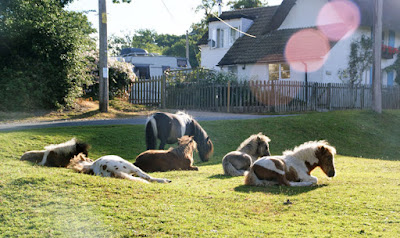 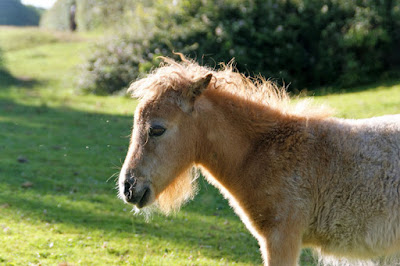 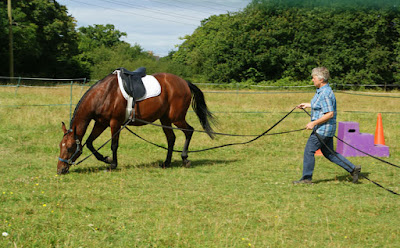 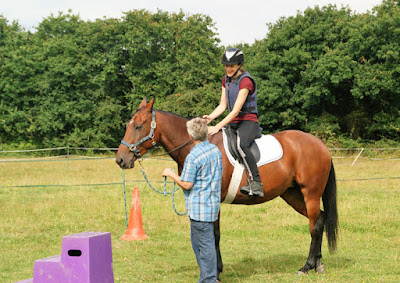 ...and worked very happily off the lead rein. Honey's halt-to-walk and walk-to-halt transitions are nice and soft. 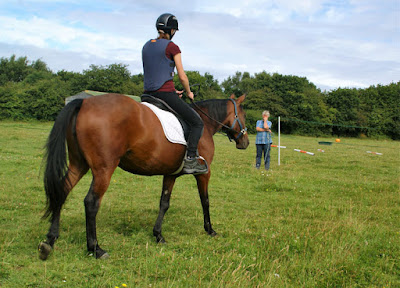 I haven't lost all of my usefulness. Where is a girl to get her ears rubbed if I'm not there? 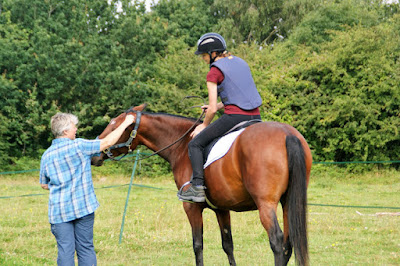 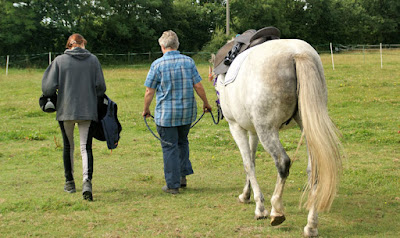 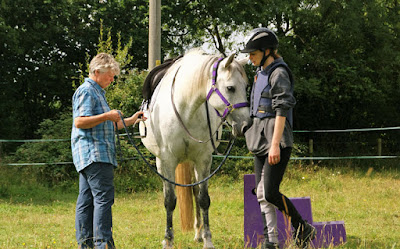 Today we started to introduce obstacles in order to give her a job to do... 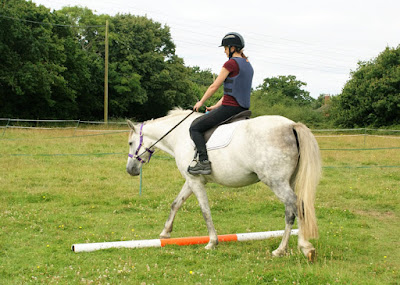 ...although she sometimes had her own ideas about what things would be good for. 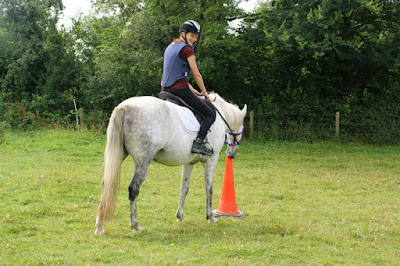 Henrietta allowed me to pick up her right front and back feet today and even let me touch her bottom on the right hand side while she was standing on the pedestal. 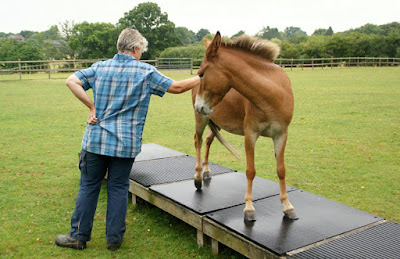 This afternoon I went over to assess a very small filly, probably Shetland/ Welsh cross, that had been dumped in a drive in a very poor state. The house owner hasn't been able to find out who owned her and is now footing all the bills for her and will have to get her microchipped and passported once she becomes her legal owner. Even that is easier said than done because the filly is totally wild and traumatised and had to be held down to have her head collar put on and her feet trimmed. I'm about to set up a couple of Handling the Dumped Wild Pony courses to see if I can help her to make progress, get that old head collar off with it's horrible tag, and persuade her that being touched and being caught isn't so awful after all. There is some hope - she took bits of ginger biscuits from my fingers when I was sitting on the floor in the stable this afternoon. 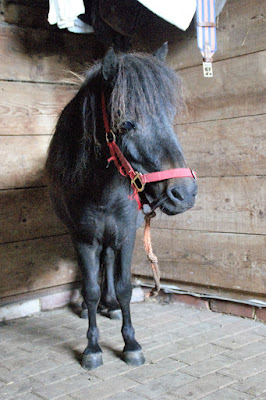 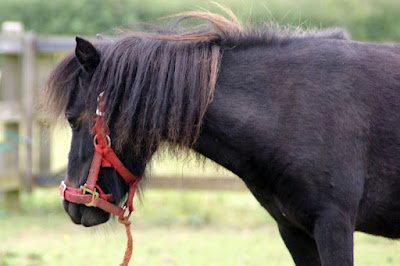 Credit goes to Jemima for most of the photos from today. Except this one which I took unless that is a hologram of her! Here she is with Anthony's cow, Flower. 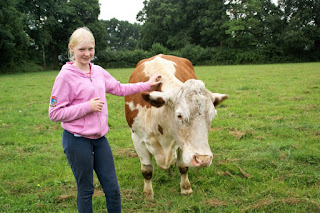