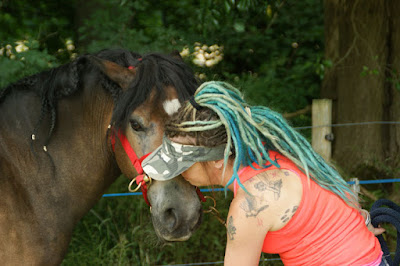 It's been 9 months since I last worked with Rachael and Bryn. He is the semi-feral Exmoor pony with the white star that featured in my book No Fear, No Force. There is little doubt that before he arrived with his owner, Diana, he had been handled so roughly that he was taken to the brink. Fortunately both of them are entirely reconciled to the fact that he might never be ridden, and are just happy to see what they can all achieve together. 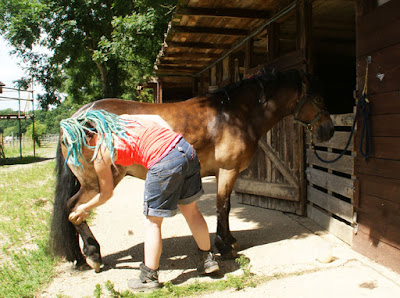 Overall everything has been going extremely well since my last visit with Bryn being tied up outside, lunging, and accepting new and novel items pretty readily. Every stage has to be taken very slowly and repeated a lot but he does learn and he does remember. We took the precaution of cutting half way through the baler twine of the tie up ring as Rachael has recently found out the hard way, as many of us do, that modern baler twine does not break under pressure, which left Bryn being 'chased' by one of the slats off the stable. Bryn suffers with sweet itch so he is currently being treated with 'Stinky Stuff' and I can vouch for the fact that it does, indeed, stink! 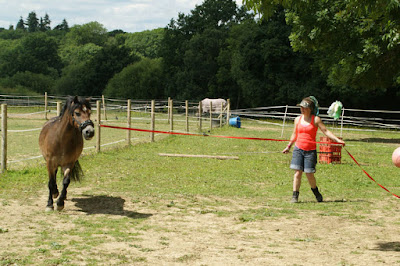 Rachel has been lunging Bryn in a fairly traditional style and it has gone pretty well. She carries a lunging whip but it has never been used other than to direct him. Nevertheless I wondered whether the use of more body language might enable her to keep up a more constant dialogue with him. 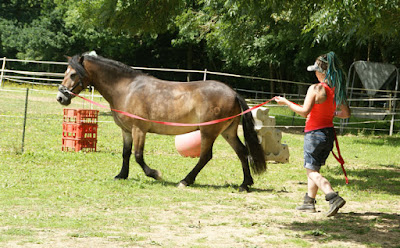 Here a change of hand position, body position, and direction of energy seems to be encouraging a greater connection, something which is essential with a pony like Bryn. 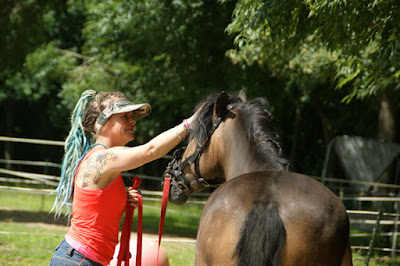 Next we wanted to see whether he might accept long reins. We couldn't assume that he would be fine with two reins just because he accepted one, particularly as they might touch his hindquarters or go around them. We were right to be cautious as his back end was quite reactive and he will need a lot of preparation work before anyone puts two reins on him. 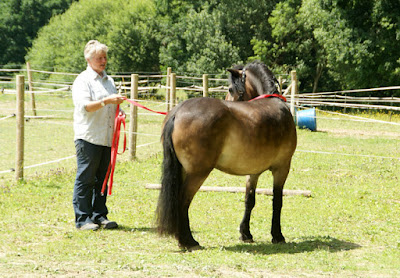 I spent a bit of time just touching his hind quarters with the line... 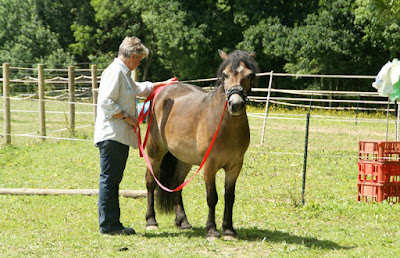 ...and passed the line around him for just a few seconds at a time... 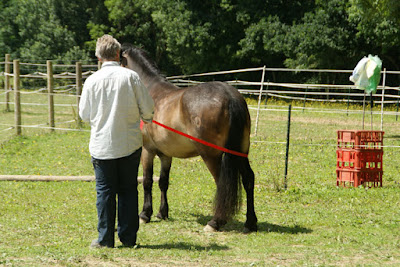 ...but we needed to combine this with movement, and someone passing across his blind spot. (You may recognise Laura who worked with us last year and was keen to meet up with us today; of course I put her to work and she always has some great ideas). 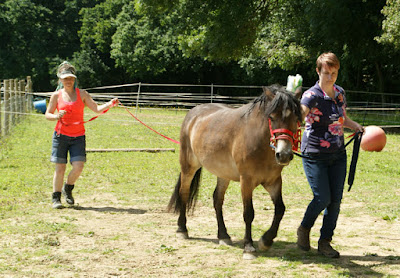 By way of a change and a rest, Rachael demonstrated that Bryn is really relaxed about all of the work that we did last year. She has continued with this work although he hasn't been over the tarpaulin since then. This just shows that this sort of work does stick and does help! 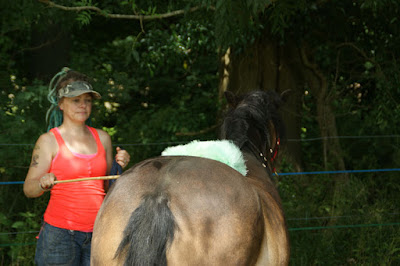 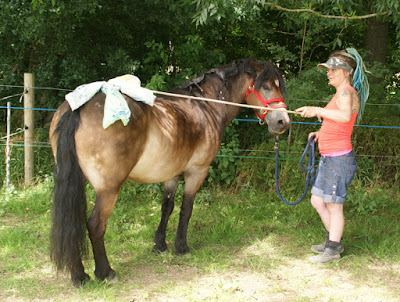 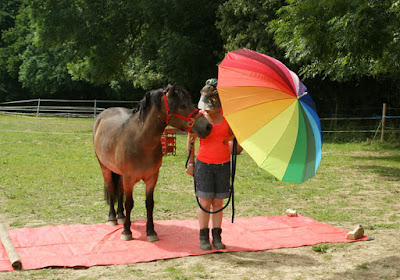 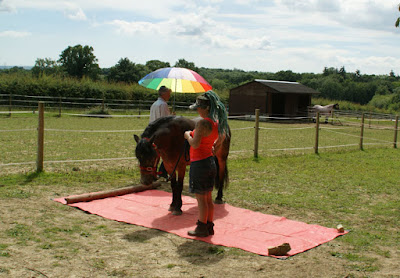 We finished with some work at the mounting block, asking him to stand quietly while the block was put down next to him, with Rachael stood on top of it, and leaning over a little. 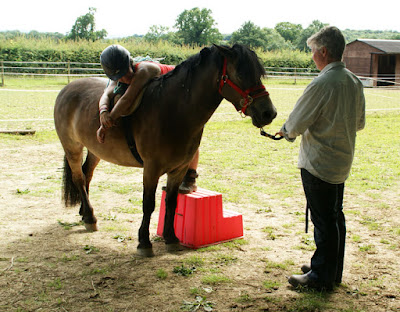