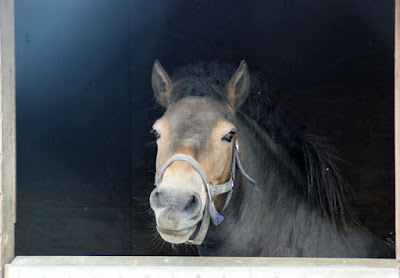 A few weeks ago I was contacted by a lady whose life had changed irrevocably, asking me if I would be able to take on an Exmoor Pony who is the son of my beloved Piper. I was sorely tempted but the door here is firmly closed. I just cannot take on any more horses, ponies or indeed mules, without compromising those I have already got. Instead I offered to advertise him on my Facebook page to see if anyone could come up with a suitable home. I gathered that although nine he was still pretty wild without much prospect of anyone being able to tame him all that much more. I had to avoid anyone who was naïve to the complexities of a pony that had been conservation grazed until he was four and was still extremely nervous; put him in the wrong place and he would get worse not better.

To my enormous relief, contacts of contacts, contacted Juliet who offered him a home with her four conservation Exmoor Ponies at Danebury Fort. His owner asked me to load him for her as she thought it would be too much for her. 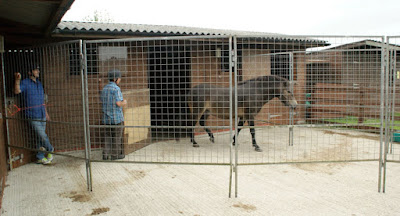 When I arrived this morning he was already in the stable but did resemble a fully muscled up bull, full of energy, fear and emotion. He had previously jumped the fence on the yard and so I was pleased that I had brought my panels; I really ought to have them plated with gold. 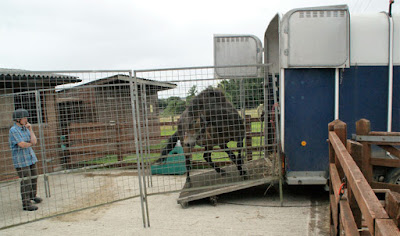 With everything made as safe as humanly and humanely possible, we let him out of the stable to see whether he would self load. At first he wasn't keen, and seeing how wild he was Juliet asked me to remove his headcollar so that she didn't have to do it at the other end. Back in the stable it took me about ten minutes to be able to hold the end of the noseband and to gently undo the buckle on the crown piece. The look on his face as he realised I intended to free him instead of restrain him was classic. 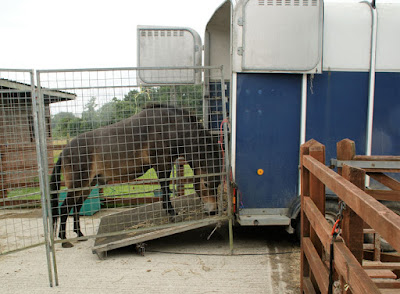 We let him out and this time he self-loaded and ate from the bucket in the trailer. With the ramp closed he could go on his way. 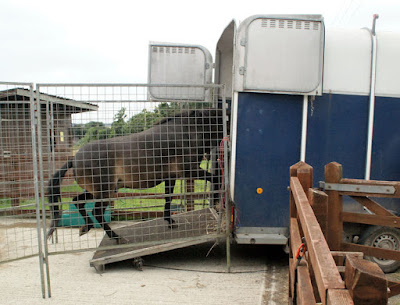 My Fabulous Intern and I could not resist the temptation to go and see him at the other end and these are all pictures from Danebury Fort. He may feel a little odd for a while but I have a feeling that things on Planet Exmoor will suit him well... 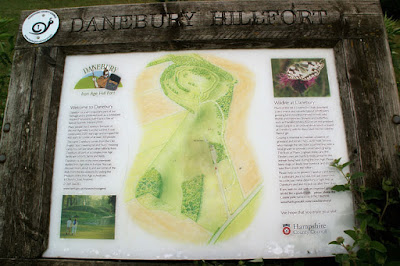 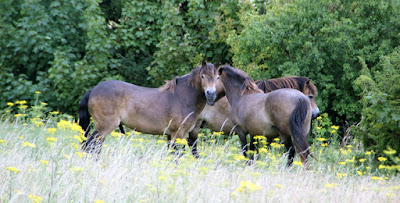 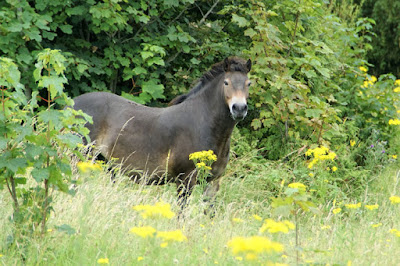 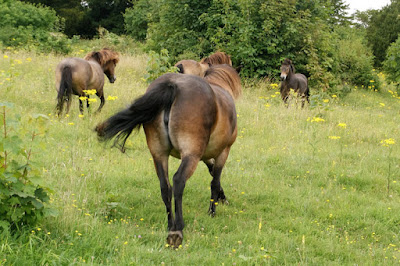 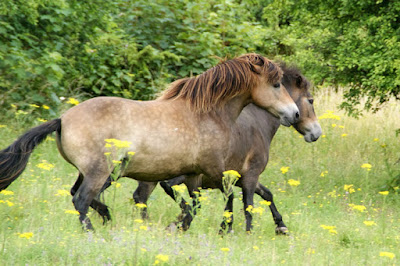 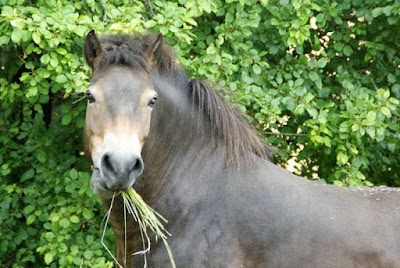 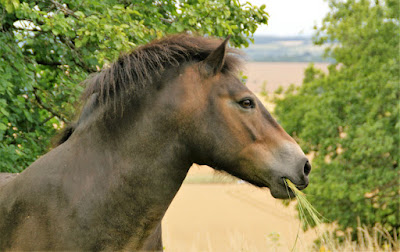 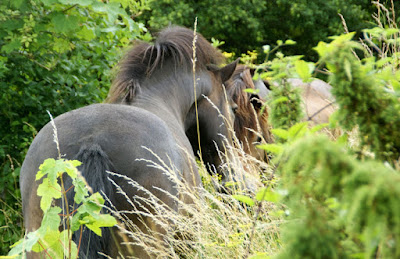 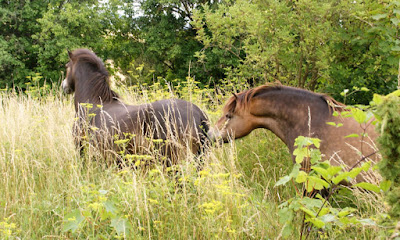 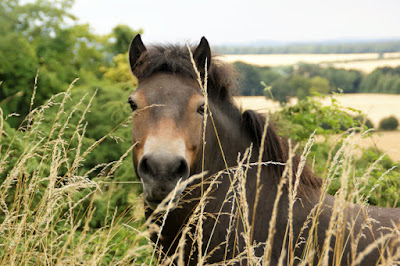 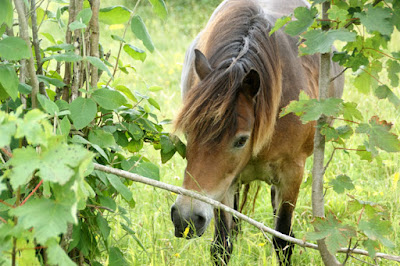 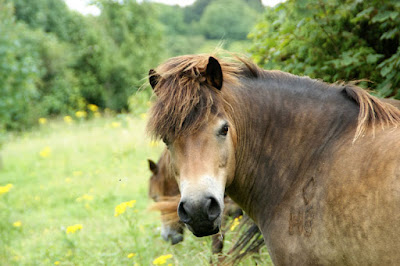 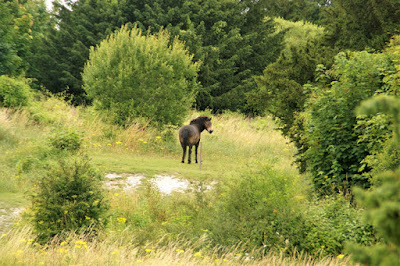