Tracey and I were well and truly goosed this morning when around two dozen Canadian Geese took off in their flappy splashy style from Eyeworth Pond and flew immediately over our heads while we were out on Theoden and Bella. Fortunately neither horse took flight to join them. No photos unfortunately.

Some fairly low key but important consolidation work for George this afternoon. He survived his first encounter with the barefoot trimmer (who is very very kind) and only trembled when his owner was called to the house to answer the telephone. 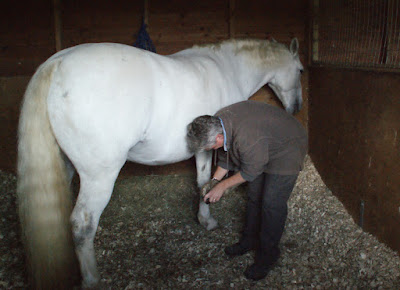 He needs a lot of work in the stable where he has felt trapped and bullied before so working with him loose is good for his confidence and means that we know that he is consenting to what is happening to him. 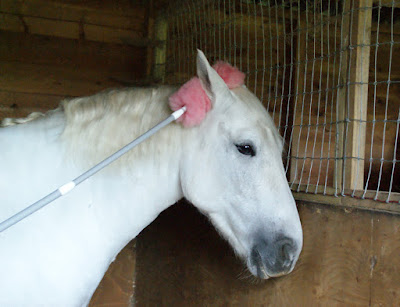 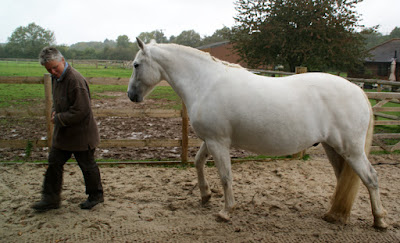 Similarly it is even more telling that he is engaging with people in the yard where previously he would have kept himself to himself when given the choice. Until now George's priorities in life have been food and other horses since he has never been able to trust humans but now we are in his top three.

It's great to see George's character start to come out and to watch him ask a few more questions. Before, his head and neck were always stiff, his eyes looking straight ahead as if that would make the world go away.

"It was a pleasure, as always, to have your help for George yesterday….thank you ." LS