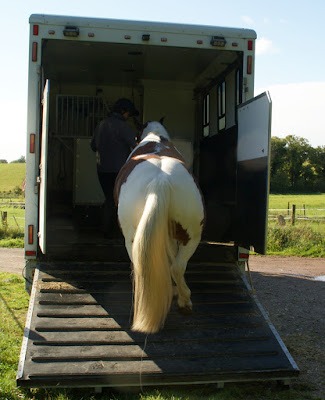 The good news is that Maverick walked straight into the horsebox this morning without a panel in sight. The other good news is that Nicki did all of the loading and unloading under my supervision. In the end she is the one that needs to be able to load him and so needs to think what she would do to help calm him down. 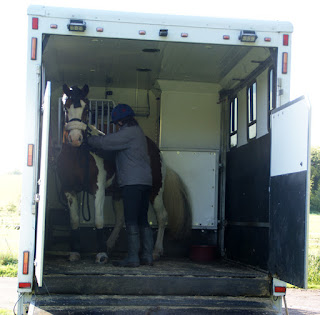 However he was very keen to come out again and inclined to push his way past Nicki and rush back down the ramp. 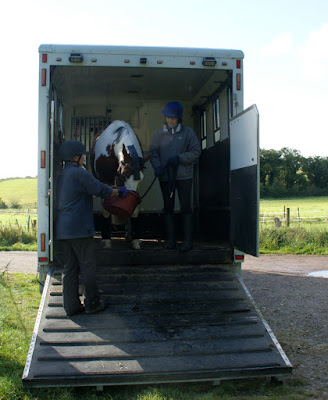 We worked on two techniques to help with this. The first, was to stuff a bucket of food under his nose whenever he stayed still. 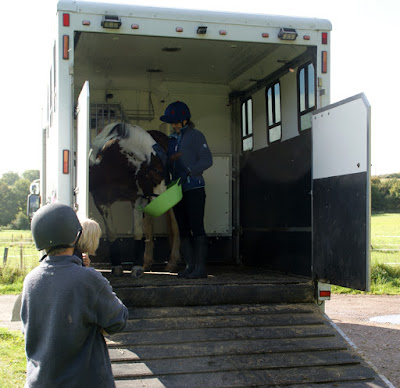 And the other was for Nicki to imagine what he would look like if he was calm to load. As a result he began to calm right down and to accept his food in the middle of the horsebox. 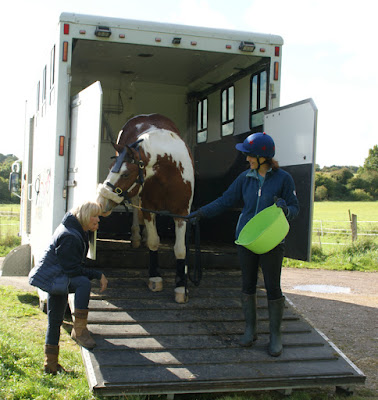 He could also pause to give his Auntie Lynn a kiss on the way down the ramp. 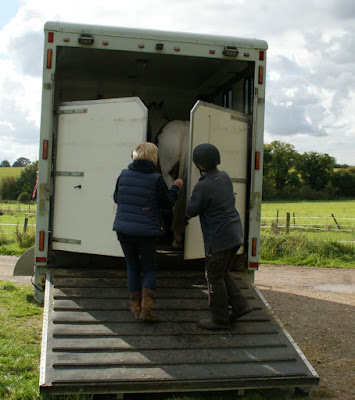 Towards the end of the session  we began to close up the doors and once again he stood quietly... 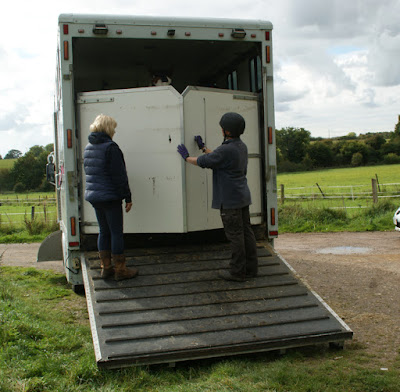 ...even when we opened up the doors again. 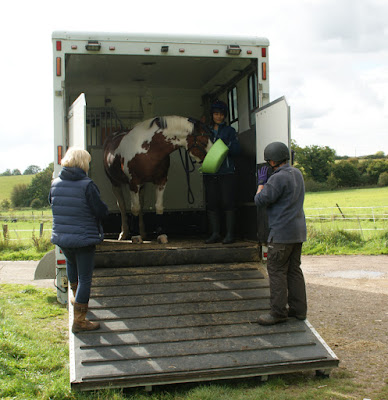 A bit of illogical logistics as I went from Tidworth to Titchfield this afternoon. Nevertheless it was all worth it to meet up with heavyweight cob, Firdy. Bought as a four year old, Firdy can be quite worried about new things, and has learned that his can use his weight to push and pull people around. This has been so successful that he has been able to pack his curiousity away for safekeeping. 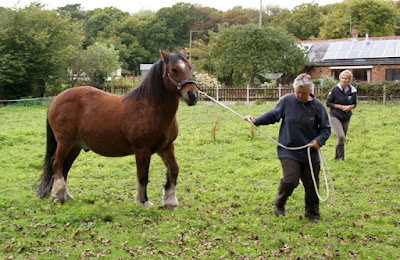 I started off with a bit of groundwork, insisting that he moved his feet when I asked and didn't move them unless I asked. 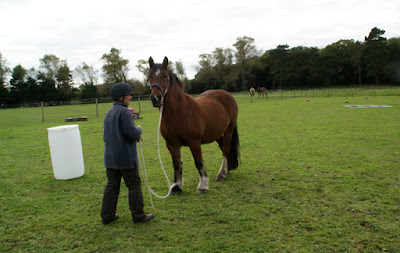 With just a few rules installed we could start on some desensitisation work. He had a little pattern of behaviour - a 'no' pulling away, another 'no' pushing through, and then a nice yes and a really good try. 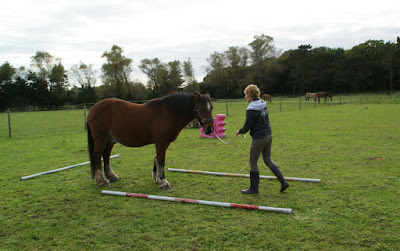 His absolute 'no' to approaching the tarpaulin became a very careful 'yes'. The key was to leave him alone completely when he was teetering on the brink of a try. 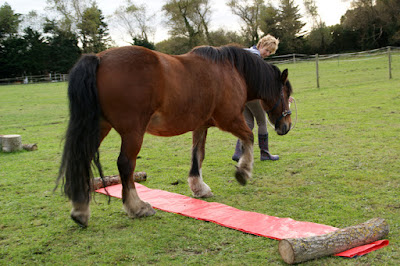