This series of photos shows the traumatic yet amazing rescue of a horse called Spencer at an event at Mayhill yesterday. The horse had just arrived at the venue when the owner noticed on the CCTV that he appeared to be sitting down in the box. Unfortunately his hind leg had actually gone through the floor of the box and was wedged between the two back wheels. Luckily a vet was competing on site and she was able to sedate the horse while they waited for the arrival of the Hampshire Fire and Rescue Service Animal Rescue Team and another vet. The horse was then anaesthetised so that cutting equipment, etc. could be used with stimulating him. Fortunately the leg was not broken and so the rescue could continue. The lorry was jacked up and the tyres let down to free his leg and he was fastened to a rescue glide in order to take him out of the lorry. He was allowed to recover from the effect of the drugs which included Ketamine. Finally he stood up. We'll find out how he is tomorrow. 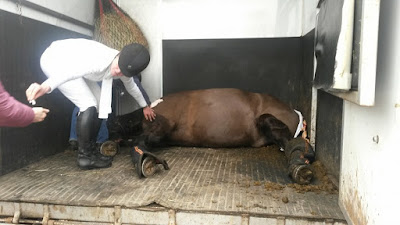 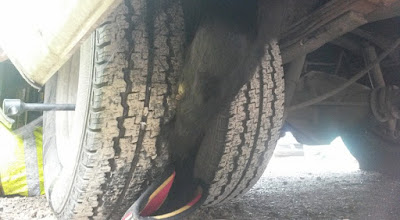 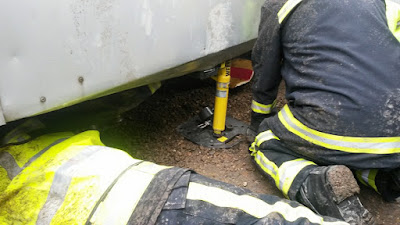 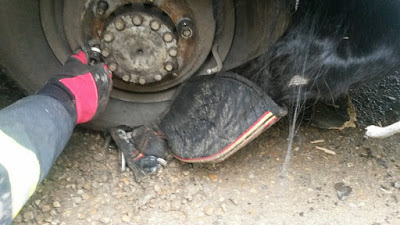 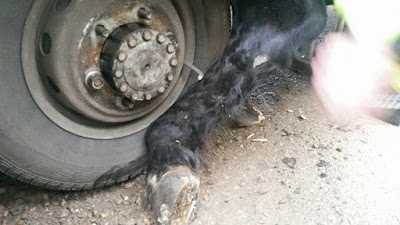 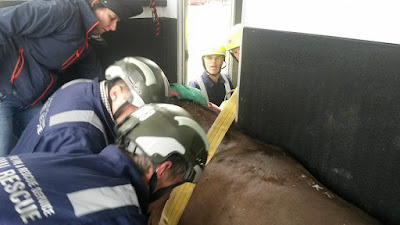 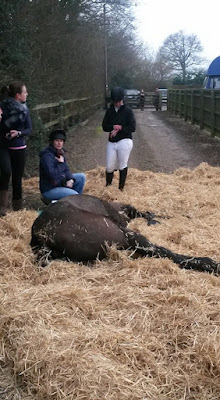 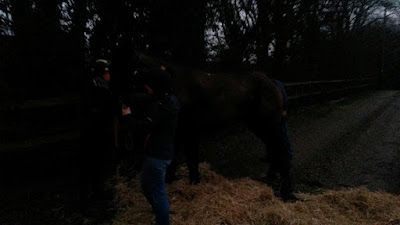 Please check the floors of your horseboxes and trailers.

Also, please consider how this rescue would have taken place if the horse had been on a public road or somewhere where there was no fenced off area to keep him safe. Emergency safety panels would have been invaluable. The Team have now got a set of panels and just need a trailer on which to carry them. The Friends of the Hampshire Animal Rescue Team are collecting funds in order to purchase such a trailer. The good news is that it should be cheaper than we thought. Nevertheless, we still need more money. Please consider making a Donation.

Posted by Loisaba Wildlife Conservancy at 4:19 AM