A tremendous day at Sparsholt College filming a sequence on loading and travelling horses.  This was a real joint effort between the NFU, BHS, The British Animal Rescue and Trauma Association, IH, ICE (the film company), The Horse Trust and Sparsholt College. 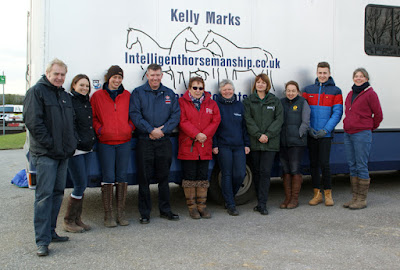 Nyala was the star of the show, a Dutch Warmblood (by Nairobi), she had been polished so beautifully by her owner, Courtney, who was also best supporting actor. 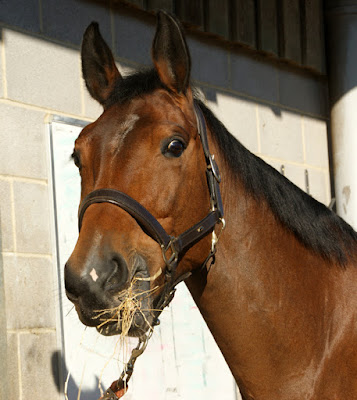 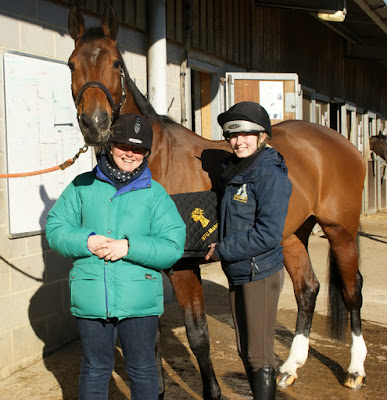 Considering Courtney had only been asked by the College the evening before she was superb, calm and correct under pressure. 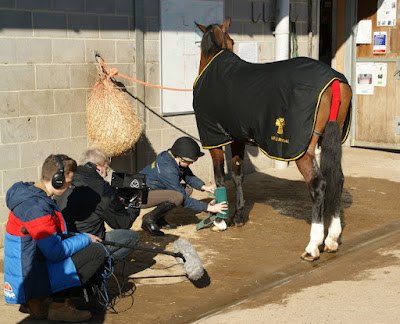 While we waited for the passing helicopter to move on, along with the disappearing sun, a stream of students, and lots of horses, I went through my script with Vicky. 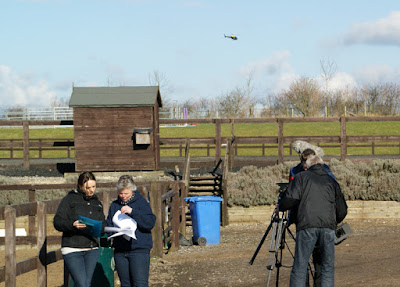 Once we came to the action shots it was my role to make sure that Nyala had rehearsed her part and was ready for the curtain to go up. 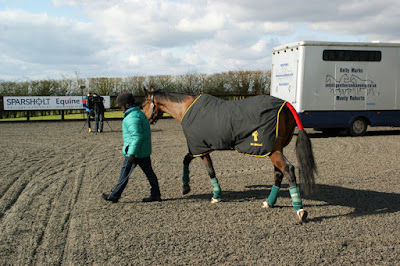 Tracey who is also un-flustered under pressure, was a leading actor too. 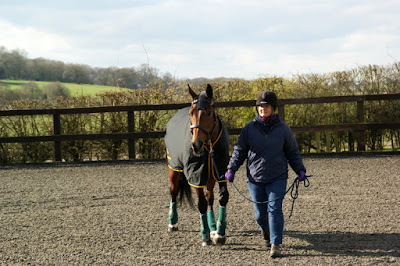 Nyala going in and out of the IH horsebox, kindly loaned by Kelly for the day. 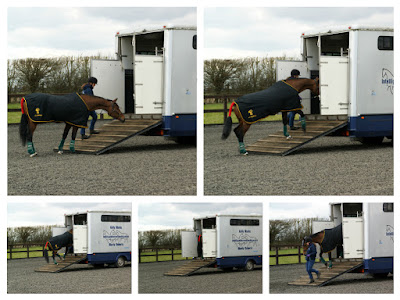