Ventured out this morning to work with a 7 month old filly, PRE x Cob, called Flicka. My role was limited to stroking and admiring, with Tracey and the owner, Sarah, doing all of the practical work while I did all the talky bits. I'm still very sore but getting better all the time but I will need to be selective about what I take on just until my two weeks rest and recuperation is up. 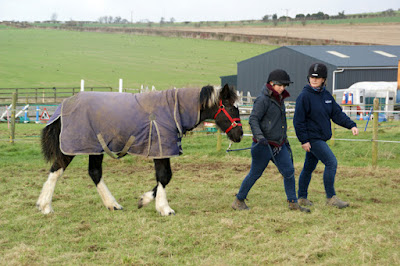 Sarah needed to work on leading and moving Flicka around as she had encountered some problems with the filly appearing to be over-confident and pushy. 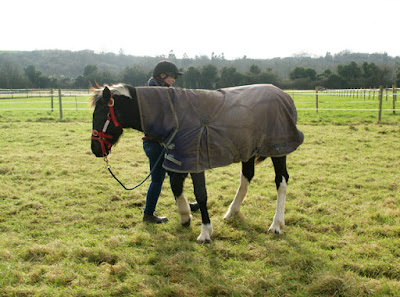 In fact the filly was really just a filly, who has been handled quite a lot from birth and knows she has nothing to fear from humans. That makes a nice change for me (or Tracey on this occasion). 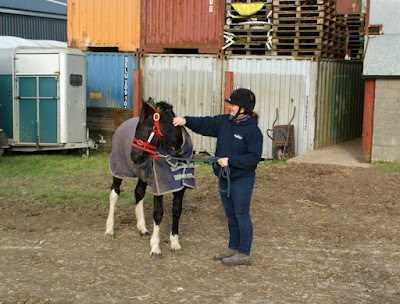 She's not really worried about anything much which is a good thing on a busy farm with tractors, cows, and lots of flappy plastic on the move. 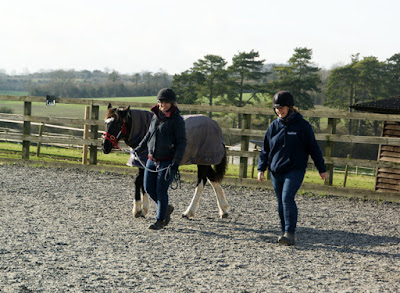 We kept her interested by changing the scenery - first the field, then the track, and then the school, repeating the same work in each new place. 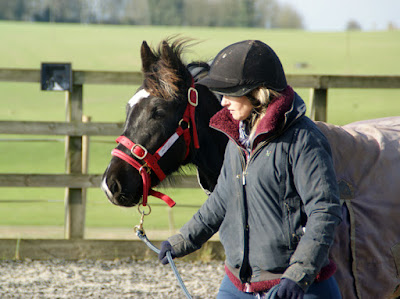 My final opinion was that both Flicka and Sarah were smashing to work with and hopefully we will see them again soon.

Email received 7.2.16: "Hi Sarah, I just had to let you know that I led Flicka around her field today and Jack my 17 year old son led her around as well, she was really good, she lagged behind a few times but we did the pressure and release and she soon came to where she should be, she was so well behaved, tomorrow we plan to walk her to the barn and the school, thank you so much." SS 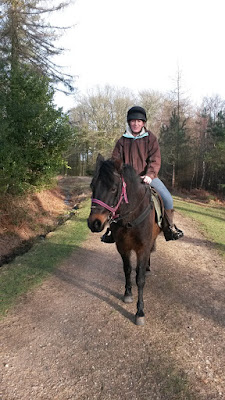 While I toddled off back to my sofa, Julie toddled off on Nettles who hasn't been ridden for a while due to the general January-ness of the weather. He apparently didn't put a foot wrong and will be going back to his owner in a couple of weeks from where he will hopefully find a new home. So tempting to keep him but I haven't often got anyone to ride him more than once a week
Posted by Loisaba Wildlife Conservancy at 5:56 PM