I was contacted by Olive's new owner because Olive was demonstrating some neat ballet moves whenever the farrier came to do her feet. Her behaviour had got worse over time and the farrier had recommended that they got some help before someone got hurt. Olive has spent most of her life as a hireling for hunting in Ireland and although we cannot be certain, I suspect that she has been worked very hard and jumped over some pretty demanding hedges. You will know that the front legs of a horse are not connected to it's spine by bone but by muscles, ligaments, and tendons and I suspect that she has experienced considerable jarring. Certainly she was pretty reactive as I went over her body with my hands looking for obvious signs of soreness. On top of this, she has probably not enjoyed a one to one relationship with anyone before. Accordingly she has learned to take care of herself, avoiding and postponing the physical and mental discomfort of picking her legs up for prolonged periods of time. She has probably never been taught to pick her feet up well in the first place and even at 11 needs to learn how to balance. I have recommended that she has some physical therapy from a well qualified specialist to complement all the other checks that the owner has already done on her teeth and her saddle. 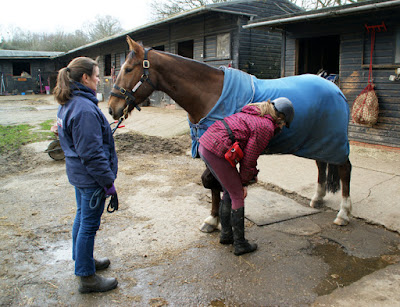 Whether this is all conjecture or not, we needed to undermine her pattern of behaviour as quickly as we could especially given that the farrier was due in just half an hour! We suspected that we would be fudging it a bit today and coming back to do some more work after his visit. As luck would have it, he has another horse to shoe at the same yard and we negotiated a change in the running order to allow us to do more practice before he attempted to do anything with her. I started off by lifting each of her feet for just 3 seconds and clicker training her through it. To start with one click, one treat and then one click (no treat) to mean keep on doing what you're doing and three clicks with a treat to say job done! Once this was established I lengthened the period for which I held up her feet and then the owner's daughter, A, took over from me. 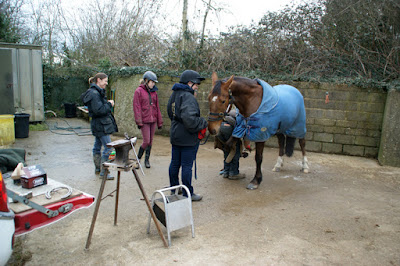 When we went over to Matt he suggested that we see how things go if he tapped her feet and if we had any doubt about our chances of success he would re-book to a later date. In the event Olive allowed him to remove her shoes and to cold shoe her with no problems. 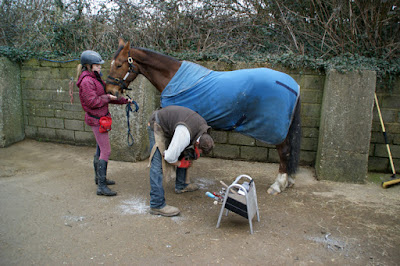 Once again Alex took over from me and proved to be very competent - great timing and attention to detail.

Email received 3.3.16: "Thank you ever so much for all your help,advice and assistance last week. We are still trying to implement the techniques that you taught us and all seems to be going well."KC 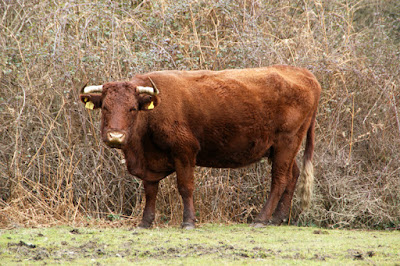 At the end of the working day we returned to the fields to find a varied menagerie outside. My neighbour's cows were guarding the gate but fortunately let us through. 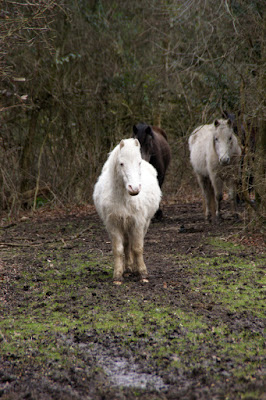 Pie called in to say hello and to see if there was any hay going. He has gone through this winter out on the Forest on less than half a bale of hay, rarely turning up to ask for anything. 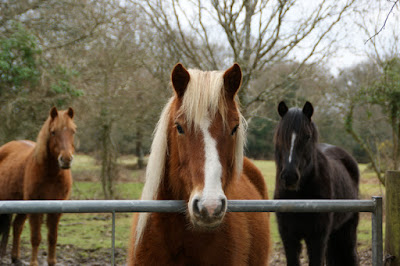 Kelly on the other hand is begging at everyone's gate. 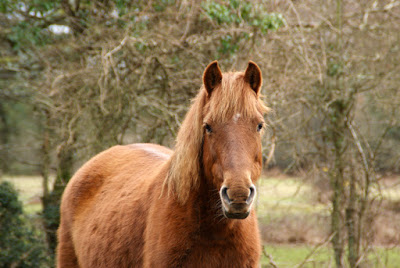 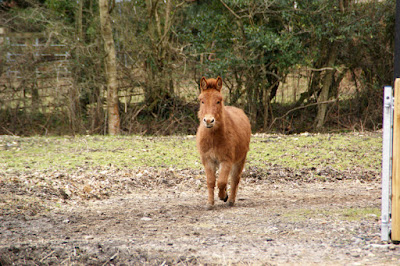 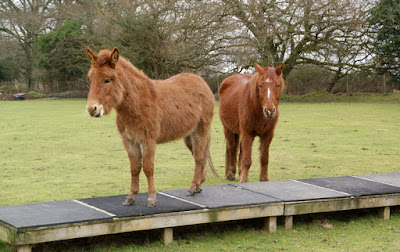 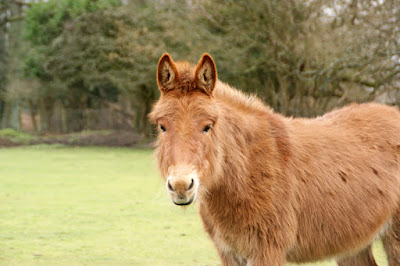 Henrietta is always pleased to see us these days, anticipating more ginger biscuits and putting herself up onto her pedestal at the crinkle of a packet.
Posted by Loisaba Wildlife Conservancy at 7:22 PM