After a morning during which I managed to trim one of Henrietta's feet with the spring loaded pincers, it was time to set off for Magic's second course with students Lou and Lorraine (of Bear and Jack fame). At some time earlier today Magic had managed to slide the head collar that she has been wearing for the last three months off her nose. It now became even more imperative that we get the whole thing off. 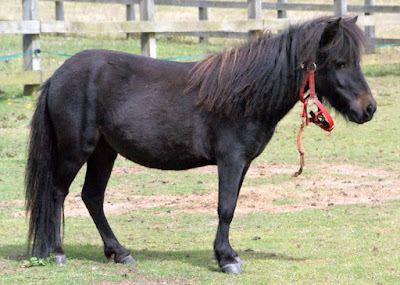 We had such a pleasant afternoon with Pat, mine and her friend Pat, and her husband, John watching. During a break Magic approached Pat in the field and took a treat from her with five more of us sitting close by. 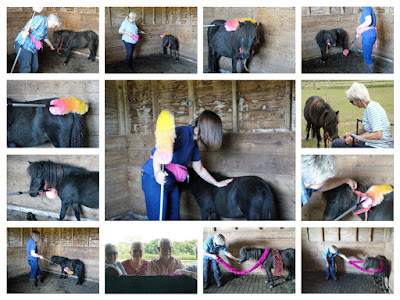 Having checked that Magic had remembered everything from her last session we took the feather duster work further, touching her pretty much all over her body including under her neck and tummy. We then did more touching work with hands and got part way down her neck as well as all the way along her body. After a longer break I was able to use the feather duster to move the headcollar further down her neck so that I could undo the buckle and take the headcollar off. To finish we did some work with the scarves - using the longer one to start to teach her to lead just a couple of steps.
Posted by Loisaba Wildlife Conservancy at 7:17 PM