17th August, 2016 Taking the Rough with the Smooth 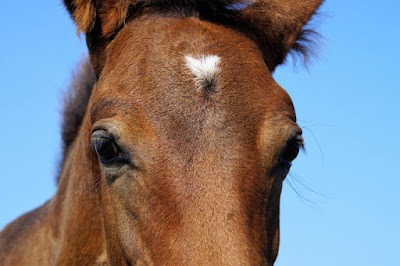 The last two years or so of my working life have been enhanced hugely by the presence of my friends, Tracey and Julie, acting as assistants, photographers, and often mirrors for my thoughts and actions. So it is no wonder that I am a little bereft now that Tracey is out of action thanks to a torn rotator cuff (not caused by anything to do with horses) and Julie has to do a proper job during the week. Even my intern is out of action thanks to a littering of broken down vehicles of the four and two wheeled variety. For the last week or so I have been going out and about on my own, and although I quite like my own company, and am getting good at pacing myself and making sure I do some relaxing things each day like visiting the Exmoor Ponies at Danebury, I do miss them. Hopefully Tracey will be mended soon, for her own sake as well as mine, although the cogs of the NHS seem to work very slowly.

I am sure that there are people who see me as a tree-hugger in my attitude to horses, and it could be said why take a psychological approach to a horse's problems if you are going to insist that he does it in the end anyway, why not just make him? I certainly see lots of people in shows, the Olympics even, loading horses and riding horse generally, that make their horse do things and providing they can get through the horse's objections, by force if necessary, they come out of the other side and are successful.

Being someone who prefers to ask rather than to tell doesn't mean that I am prepared to be pulled and pushed around by a horse, or to be persistently bitten or put at risk by a horse. I am sometimes amazed by what people will put up with and let their horse do on a daily basis that they wouldn't put up with from another human being (I'd hope!). Whilst there is no moral element to horses, I think we give them the wrong message if we allow them to treat us as if we were another horse. I won't be banged into, yanked around, overtaken, bitten or kicked. Some of this behaviour may be borne out of instinct, or has been developed as a strategy (no moral element here) to avoid something. My promise to the horse is that I will endeavour to notice his smaller responses and reactions once he gives up the stuff that might hurt or even kill me.
Posted by Loisaba Wildlife Conservancy at 8:12 AM