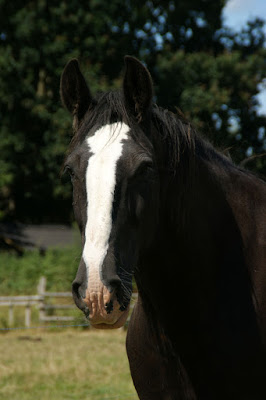 Long day today travelling up to East Sussex to work with Hannah, her Dad, Robin, and their new Shire Horse, Breeze. Breeze is a seventeen year old brood mare who has lived a sheltered but pleasant existence in a herd of other mares. She's due to foal in April, 2017 but in the meantime needs to catch up on a bit of training on leading and foot handling and her feet are HUGE. 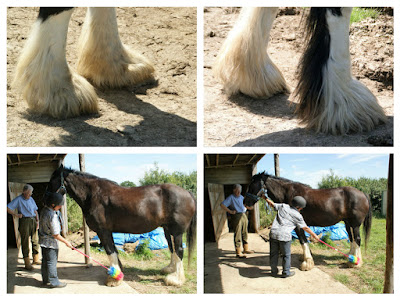 We divided the day up into five sections, bringing her in from the field and taking her back out in between every one so that we could practice catching, leading, and ground work, as well as taking incremental steps towards being able to pick her feet up. 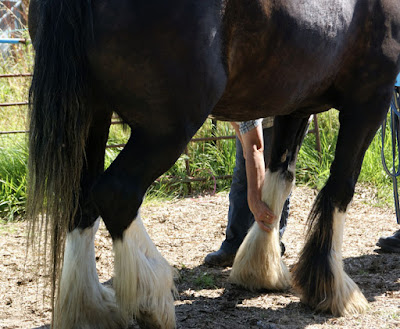 Once again I needed to teach her that having her legs touched did not mean that she should pick them up, especially as Hannah needs to be able to apply ointment to her legs where she has being rubbing them because of mites. Once this was established I introduced a set signal to ask her to pick her foot up. In a short while, and in stages, she was having her feet picked out for the first time since she arrived two months ago, and beginning her preparation for a visit from the farrier. 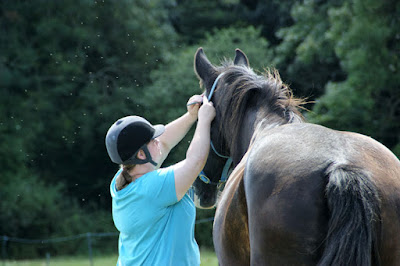 It's quite a reach to catch her but she seems to like human company... 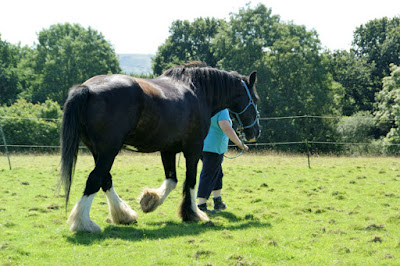 ...and was soon leading nicely instead or pulling and pushing people around. 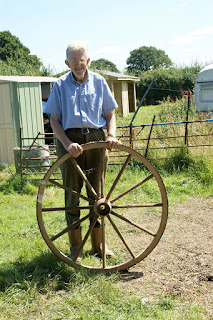 Between sessions, Hannah's Dad educated me about cartwheels - the filloes around the outside (inside the metal tyre) were usually made from ash, the spokes from oak, and the knave from elm. The knave on this wheel was prepared for a Collinges axle which was a patented design and could be oiled without jacking the wheels up or taking them apart. 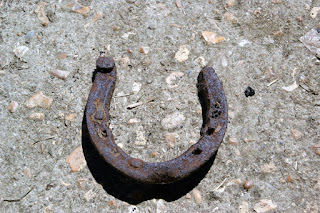 This is a shoe from a 6 month old Shire Horse in 1966. In those days it was common to shoe very young horses as they had to travel long distances on the road with their dam. 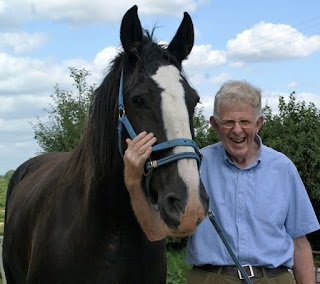 Robin is at his happiest when he is around a horse, especially the heavy breeds, which he was brought up with. He's a fascinating man to talk to.
Posted by Loisaba Wildlife Conservancy at 11:00 PM