George de Mestral invented Velcro (from the French Velours coupled with Crochet) after a walk in the woods when he wondered if anything useful could be made from the burrs that stuck to his trousers and his dog. I always thought what a clever (and possibly rich) man he must have been. However, I have a complaint! Velcro is too blooming noisy for an Exmoor pony called Ivy. 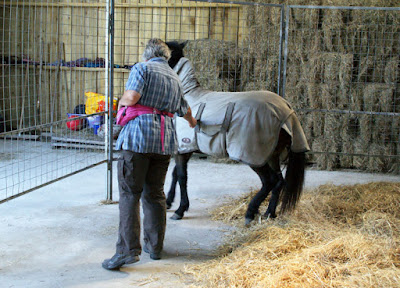 If you attempt to unfasten her rug in a hurry she thinks she is being torn to pieces. A much slower, and careful approach is needed...although she is still very apprehensive throughout. 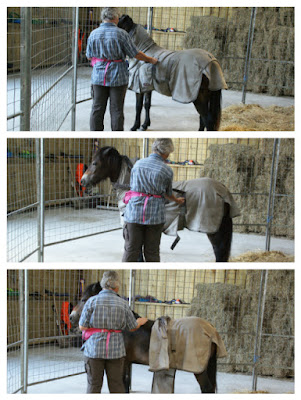 Accordingly the rug has been sent home for the night with a pair of scissors, some plastic fasteners, and will meet Tracey's sewing machine later. 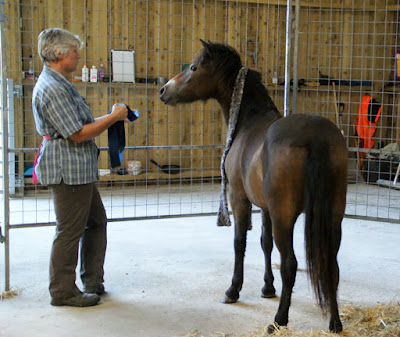 I did attempt to desensitize her to the noise with the Velcro on the end of Henrietta's 'sling' halter but it isn't as noisy and yet still worried her a great deal. Setting that aside for a while, I worked on her leading which is definitely improving anti-clockwise and in straight lines where she can keep me in her left eye... 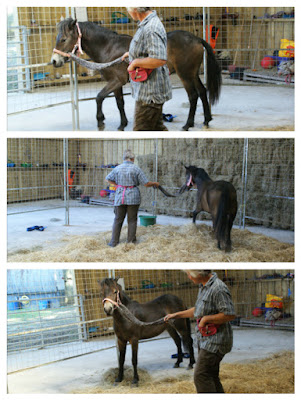 but she still struggles if she finds me in her right eye, for example, when I move forward on a clockwise circle. 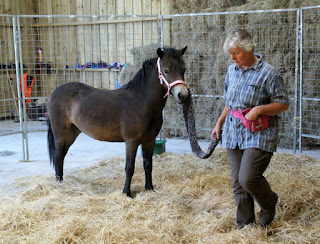 Jemima is back for a couple of days and therefore she became the 7th person to touch Ivy since she arrived. 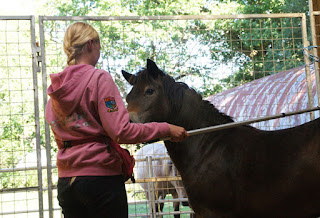